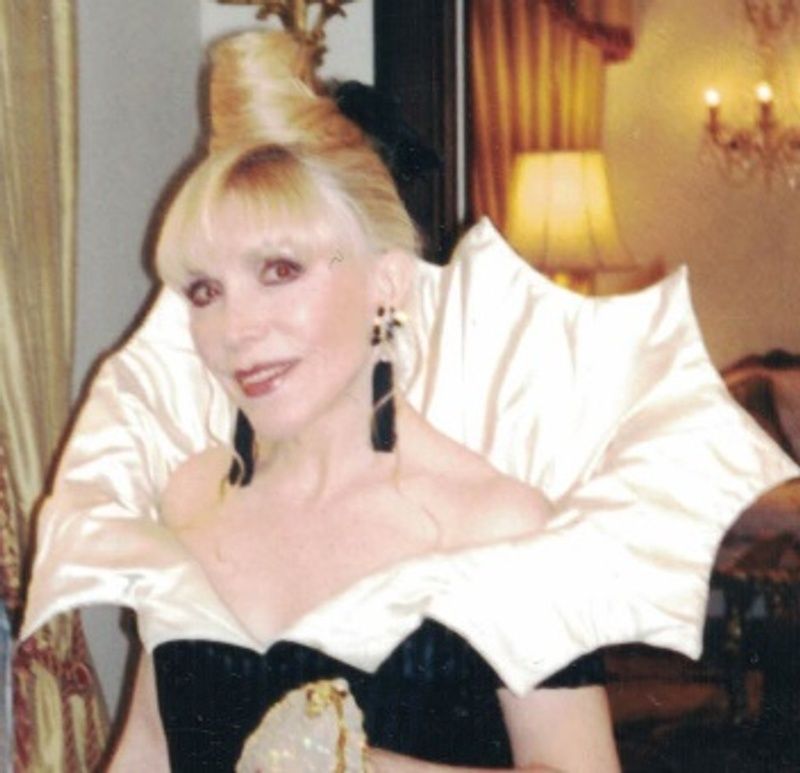 Brookline—Mrs. Yvonne L. (Farcy) Price-Madnick, of Brookline, Baroness of Langley of England, died on Tuesday, September 14, 2021 in Brigham and Women's Hospital. She was 85 years old.

Yvonne was born British on the Isle of Jersey, Channel Island, part of the United Kingdom on February 6, 1936 to the late Joseph and Eugenie (Ollivier) Farcy of France and thus she was also a French Citizen. She lived most of her early life in Brittany, France in Dol de Bretagne and St. Malo. Her childhood was extremely difficult living through the German occupation during World War II.

Yvonne started working at an early age, in France, Jersey, England, and Wales. She often mentioned working as a bus conductor in Cardiff, Wales. When asked why, she said that she liked uniforms and that one was particularly smart. That probably started her interest in fashion.

Yvonne moved to the United States in the late 1950's and became a US citizen in 1964. For a while she worked as a cosmetics salesperson for Revlon at Filene's department store. She was always very entrepreneurial, for example, she started the concession for the coat check room at the then newly opened upscale Logan Tower Restaurant at the airport.

Based on her personality and sales experience, Yvonne was hired by Sales Aids, a company that helped organizations develop sales promotions, such as rewards for sales competitions. In this capacity, she developed connections with most of the then major corporations in the Boston area, such as Gillette, Polaroid, and Digital Equipment Corporation. She was so successful that she eventually started her own company, Sales Incentives, in 1980. She was founder, president, and treasurer. Many cautioned her about the difficulty of starting a company, especially in an industry dominated by men, but she turned that into a feature, as a business-savvy, well-dressed, and attractive woman with a French accent. (She learned in a Dale Carnegie course to never lose her accent – it was a distinguishing characteristic that helped make her unforgettable.) Through her personality and energy, including working 16 hours a day, often including weekends, she built Sales Incentives into a very successful company.

In 1992 Yvonne decided to retire from the business that she had created and move on to another passion, financial investing. She studied the markets, listened to experts, and did a lot of research on her own. She often would own interests in 100 to 200 companies at a time, many that had earned her 1000% gains. When the annual gains of some top mutual funds were reported, she would smile since her gains were usually much higher. This helped to keep her mind actively engaged and she was always learning more and more about businesses around the world.

In 1995 she married Stuart Madnick, a professor at the MIT Sloan School of Management. Their wedding dance was "Unforgettable" by Nat King Cole and that perfectly described her. She was then able to focus on another of her passions – travel. Together they visited dozens of countries, sometimes as part of academic conferences or during sabbaticals and sometimes just for fun. She created instant and memorable connections with people throughout the world. Once when passing through the passport clearance in Paris airport, the officer looked up and asked: "weren't you here about this time last year?"

One of her favorite tales occurred during her honeymoon, which was a safari across Kenya. She really enjoyed watching the families of animals, especially the lions and cheetahs with their children. At one camp, after dinner, everyone gathered around a camp fire to listen to a guitarist. After a while, she exclaimed to Stuart, "it is starting to rain!" Then everyone looked up, there was a monkey on the tree. As Yvonne says, "he probably hadn't pee'ed in a month." She rushed to shower and burn her clothes.

Another of her passions was decorating. She searched antique shops around the world to decorate her home – very much in a Louis XIV fashion. She also used that talent to decorate, and redecorate, the 14th century Langley Castle in her capacity as Baroness of Langley.

Her death came about as a result of a bizarre sequence of events from her first major travel after the start of COVID. It was to be a 10-day cruise on the newly launched Crystal Endeavor, a small expedition class ship. The cruise was to go all the way around Iceland, stopping each day for tours or hikes. On the morning of the 5th day, the ship stopped at Grimsey Island at the northernmost part of Iceland to walk to the Arctic Circle. At the start of the hike, someone fell over and knocked Yvonne to the ground, which broke her right femur. What she did not realize was that it also caused a blood clot in her heart. By the time that was realized, there was heart, lung, and kidney damage, and then she caught pneumonia. She fought it vigorously for 4 weeks, half in Iceland and half in Boston, but it ultimately was too much.

Yvonne leaves her beloved husband of twenty-seven years, Stuart Madnick. Also, she leaves a brother Julien Farcy of Saint-Malo, France; niece Marie Moisan-Demoré, nephews Patrick and Sabastian Moisan of Saint-Malo, France, niece Tracy Guille and nephew Steven Farcy of Jersey, Channel Island; grandnephews Fabien Demoré and Glenn Demoré of France; and grandnieces, Julie Demoré and Karen Moissan of France. She will also be missed by her step-children Howard, Michael, and Lynne Madnick and her step-grandchildren Benjamin, Harrison, Alexandra, and Zoltan, and a host of friends.

So many words were used to describe Yvonne, including Tenacious, Determined, Zest for life, Stylish, Gracious, Kind, Vivacious. A true inspiration for so many. Yvonne was an extraordinary woman. That term is frequently overused now-a-days, but in her case, it was definitely true, as anyone who ever met her would agree. The world is a sadder place with the loss of Yvonne.


Calling Hours for Yvonne will be held on Monday, October 4th from 4 to7 p.m. at the Joyce Funeral Home, 245 Main Street (Rte. 20), Waltham. A time will be set aside during the wake for memory sharing. Those wishing to view this live may do so by clicking on the following link at 5:30 p.m. on Monday evening: https://my.gather.app/remember/yvonne-price-madnick

Her Funeral Mass will be celebrated on Tuesday, October 5th at Our Lady Help of Christians Church, 573 Washington Street, Newton, at 10:30 a.m. Those wishing to view the Funeral Mass may click on the following link at 10:30 a.m. on Tuesday morning: https://my.gather.app/remember/yvonne-price-madnick

Please note that if you are unable to watch the memory sharing or the Mass live, both events will be recorded and uploaded to the pages contained in the links above.

Entombment will follow at Newton Cemetery, 791 Walnut Street, Newton. Due to safety concerns regarding COVID, it is requested that everyone wear a mask at all indoor events.

In lieu of flowers, please consider making a donation in Yvonne's name to either Brigham and Women's Hospital via https://giving.brighamandwomens.org/give1/ or The National Glaucoma Research via https://support.brightfocus.org/default.aspx?tsid=9983&isTribute=1&honoreeFname=YVONNE&honoreeLname=PRICE-MADNICK
To order memorial trees or send flowers to the family in memory of Yvonne L. Price-Madnick, please visit our flower store.

Our Lady Help of Christians Church