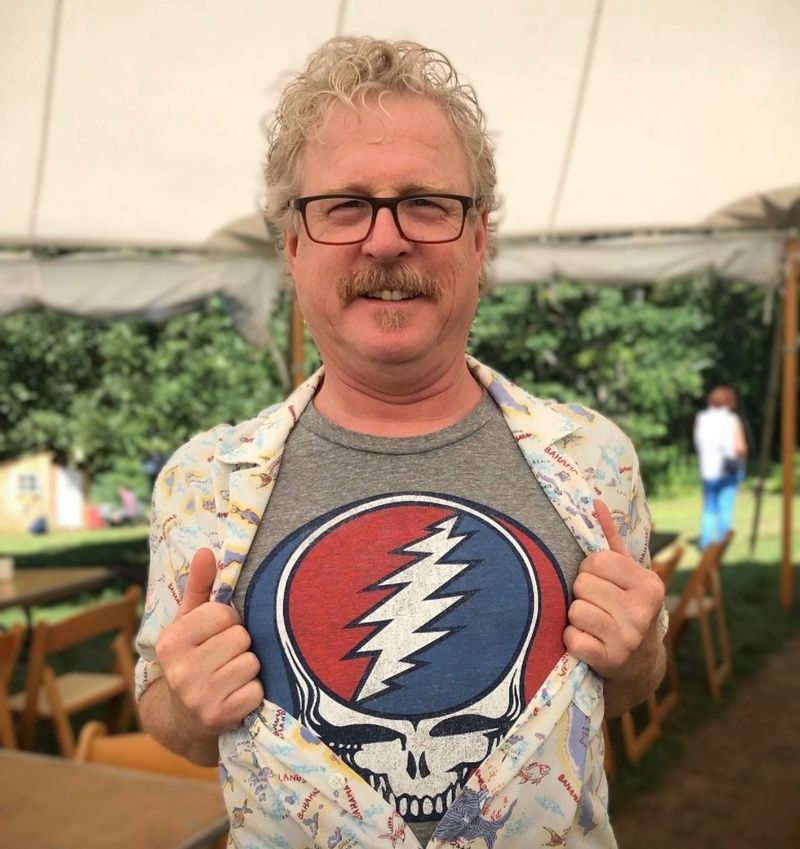 Shrewsbury - Bill Gibbs was always quick to laugh. His family and friends will miss the sound of it dearly. He died at home, surrounded by the fierce love and tender care of his family on Wednesday, February 2, 2022, from esophageal cancer. He was 64.

William F. Gibbs II was born December 7, 1957, in Norfolk, Virginia, son of the late Robert B. and Barbara (Wilbur) Gibbs. He was a graduate of Rockville High School in Rockville, Conn., and earned both his Bachelor and Master's degrees from Worcester State University and his C.A.G.S. from American International College. He served twelve years with the United States Coast Guard.

Bill married Shrewsbury native Bonnie Stake on September 5, 1981. They made their home in many places while Bill served in the Coast Guard, including Silver Spring, Md., Astoria, Ore., and Governors Island, NYC. After Bill was honorably discharged from the Coast Guard, they moved permanently to Shrewsbury. Bill's fingerprints remain on the many home improvement projects he willingly undertook on the family home. He was always grateful for the helping hands of family and friends who assisted, and he frequently paid it forward. He most recently helped his daughter and son-in-law repaint their cottage in Maine.

Bill was a much loved and respected teacher at West Boylston Middle High School, where he taught social studies and history for nearly twenty years, retiring reluctantly in 2019 due to his illness. He shaped the minds of curious students with his enthusiasm for our country's history, and he was a champion for those who couldn't always see their own potential. He loved being a class advisor, assisting with prom planning, attending trips to Nature's Classroom and Washington D.C., supporting the Gay-Straight Alliance and his LGBTQAI students, and serving as a union representative. He went above and beyond to help students in need.

Bill loved spending time outdoors, frequently vacationing with his family at their camp in Vienna, Maine, to hike, kayak, and luxuriate in the sauna. He spent many summers section-hiking the Appalachian Trail. He finished the trail from Katahdin through Connecticut, hiking south and delighting in trail magic and the occasional respite in air-conditioning. He spent his winters in the mountains, hiking to the frozen peak of Mount Monadnock – and coming home with the icicles on his handlebar moustache to prove it. He loved a good snowstorm and had aspirations to become a full-time ski bum.

Bill was an active member of the First Congregational Church of Shrewsbury, and enjoyed building community and spending time with the friends he made there.

Bill was a 32 degree mason in the Valley of Worcester of the Ancient Accepted Scottish Rite and a member of Matthew John Whittall Masonic Lodge. He served as the Master from 2005-2006.

Bill loved rides in his Mazda Miata and the 24-hour Sci-Fi Festival in Boston, and he was a devotee of The Grateful Dead. He lived his life on his own terms, notably shrugging off all sage advice and jumping out of a plane (thankfully, with a parachute) during the summer after his cancer diagnosis.

Bill leaves his wife of 40 years, Bonnie (Stake) Gibbs; his daughter, Kelsey Gibbs and son-in-law, Matthew Silverman of Nobleboro, Maine; siblings, Cecilia Sullivan and her husband, John of Colombia, Maryland, Robert Gibbs and his wife, Mary Jane of Cantonment, Florida, John Gibbs and his wife, Mary Elizabeth of Scottsburg, Virginia, and Mary Carmone and her husband, Robert of Norfolk, Virginia; in-laws, Marjorie (Briggs) and Richard Stake of Shrewsbury, Florida, and Maine, and sister-in-law Susan Weeks and her husband, David of Bellbrook, Ohio. He is also survived by many loving nieces, nephews, and friends who were like family.

Family and friends will honor and remember Bill's life by gathering for his memorial service at The First Congregational Church, 19 Church Road, Shrewsbury, on Saturday, March 5th at 11:00 a.m. Rev. Dr. James Matarazzo will officiate. It will begin with a Masonic Service and there will be a reception to follow in Gifford Hall. There are no calling hours. Bill's ashes will be spread in his favorite places over the months to come.

In lieu of flowers, memorial donations may be made to the Appalachian Mountain Club at www.outdoors.org or to the Shriner's Hospital for Children at www.donate.lovetotherescue.org.

Arrangements by James & John Heald.
To order memorial trees or send flowers to the family in memory of William F. Gibbs, please visit our flower store.