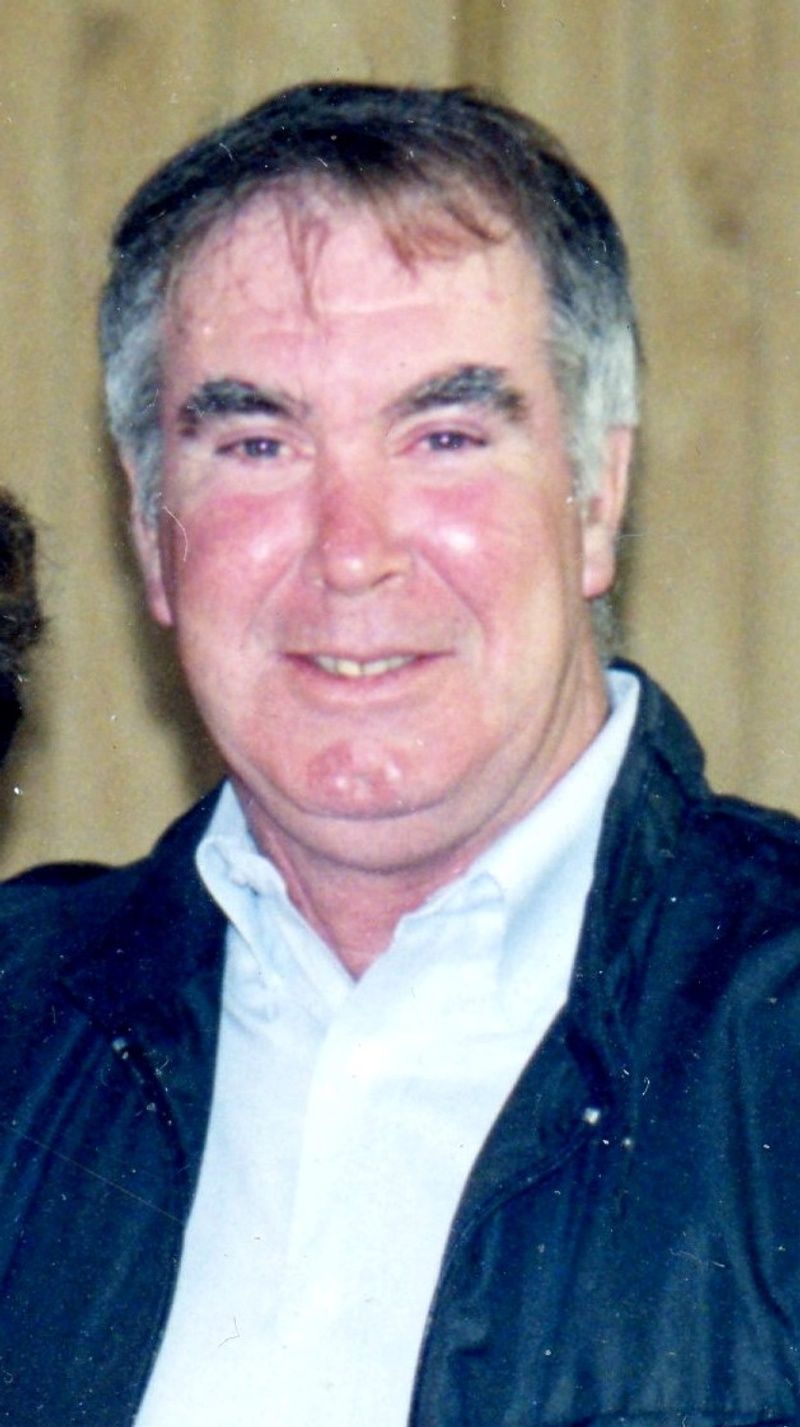 Walley Nelson would be the first to tell you that he had a wonderful life. Like George Bailey, "he was the richest man in town, because if you measured one's wealth by their many friends, then Walley would have been a millionaire ten times over." Walley's personality was infectious and endearing. He was full of the blarney, and his shenanigans and storytelling were legendary. Walley's unfiltered wit and contagious sense of humor is how he will be lovingly remembered. Friend or foe… the adjective "sweetheart" was often weaved into every greeting and conversation.

He loved all things Irish; including excursions with his groups of friends to the Irish Village on Cape Cod, RTB trips to Ireland, its wonderful music, and the sound of a bagpiper. Walley was amidst great 'senior friends' who gathered daily at the Waverley Square Dunks, in Belmont to tackle the problems and issues of each day. He loved trips to Dairy Joy in Weston with his beloved Basset Hound, 'Dutch,' which were another one of life's simple pleasures. Also, Walley enjoyed all television programs which involved crime, politics, sports, and nightly Jeopardy in which he would participate from the comfort of his couch with max volume for the whole neighborhood to hear. Walley was blessed with a loving and close family. He absolutely loved his grandchildren and countless friends.

Walley passed away at home with his loving family at his side on Thursday, May 12, 2022 after a prolonged illness at the age of 72.

Walter P. Nelson was born March 3, 1950 in Cambridge, a son of the late George and Isabelle (Casey) Nelson. Raised in Belmont, he graduated from Belmont High School. He served in the United States Navy during the Vietnam War. Walley earned his Bachelor's degree in Criminal Justice from Northeastern University and later boasted about achieving his Master's degree from Anna Maria College in Paxton.

For thirty-seven years, Walley served the Town of Weston on its police department. While his initial plan was to follow in his father's footsteps and serve Cambridge, Walley found a great home and position as a police officer, and became a Sergeant with Weston Police Department. He had also served as court prosecutor in Waltham District Court and as the civil rights officer for the Town of Weston. He loved being a police officer but sadly retired early due to health issues.

Family and friends will honor and remember Walley's life by gathering for calling hours in The Joyce Funeral Home, 245 Main Street (Rte. 20), Waltham, on Tuesday, May 17th from 4 to 8 p.m. and again on Wednesday morning at 9 a.m. before leaving in procession to The Church of Saint Luke, 132 Lexington Street, Belmont, where his Funeral Mass will be celebrated at 10 a.m. Burial with military honors will follow in Belmont Cemetery, Belmont.

Those wishing to view the broadcast (and recording) of Walley's Mass please use this link: https://my.gather.app/family/walter-nelson-2022

Memorial donations may be made to New England Center for Homeless Veterans, 17 Court Street, Boston MA 02108 or https://nechv.org/
To order memorial trees or send flowers to the family in memory of Walter P. 'Walley' Nelson, please visit our flower store.