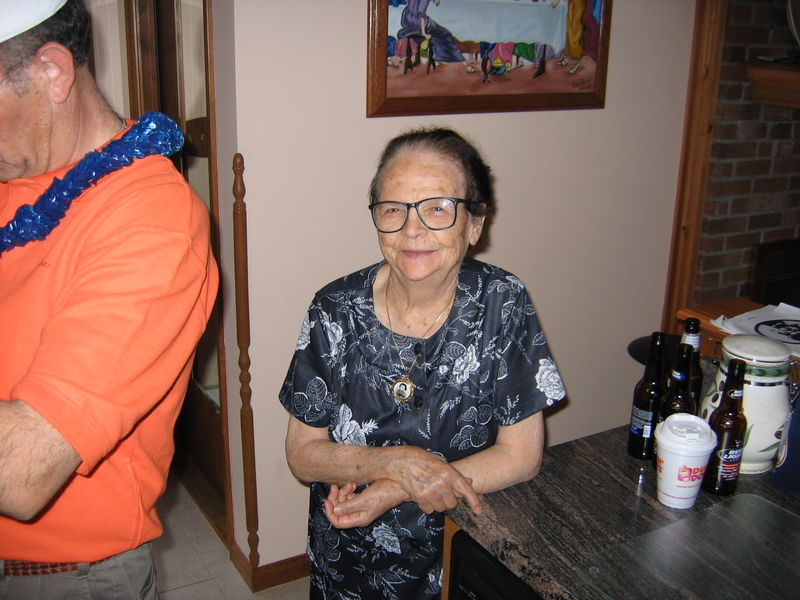 Waltham—Mrs. Vincenzina (Sinopoli) Davoli died at home surrounded by her family on Thursday, April 2, 2020. She was 99 years old.

Vincenzina was born on February 15, 1921 in Sambiase, Calabria in southern Italy. She was a daughter of the late Francesco and Concetta (Romanello) Sinopoli. Raised in Italy, she married fellow Calabria native Giuseppe Davoli and the pair moved to Venezuela before making Waltham their home in 1971.

She was a devoted wife, celebrating 58 happy years of marriage before Giuseppe's death on January 22, 2009, and a loving mother, grandmother, and great-grandmother. She loved to treat her loved ones by making one of her delicious meals, and always kept them warm with one of her heartfelt knit creations. She also enjoyed gardening and was a faithful parishioner of Sacred Heart Church in Waltham.

She leaves her son, Renato "Ron" P. Davoli (Mary) of Waltham, her grandchildren, Ben Davoli, Franco Davoli, Jr., Melanie Davoli, and Steve Eyssallenne, her great-grandchildren, Lucas, Milo, and Regina Davoli and Angelina and Elsa Eyssallenne, and her siblings, Antonio Sinopoli of West Newton, and Innocenza Mineo or Newtonville. She was also the mother in law of Noreen Davoli of Hudson, and leaves many nieces, nephews and their families.

Vincenzina's family will honor and remember her life privately at a graveside committal service in Calvary Cemetery, Waltham. The date and time of a Memorial Mass to be celebrated in Sacred Heart Church will be announced.
To order memorial trees or send flowers to the family in memory of Vincenzina (Sinopoli) Davoli, please visit our flower store.