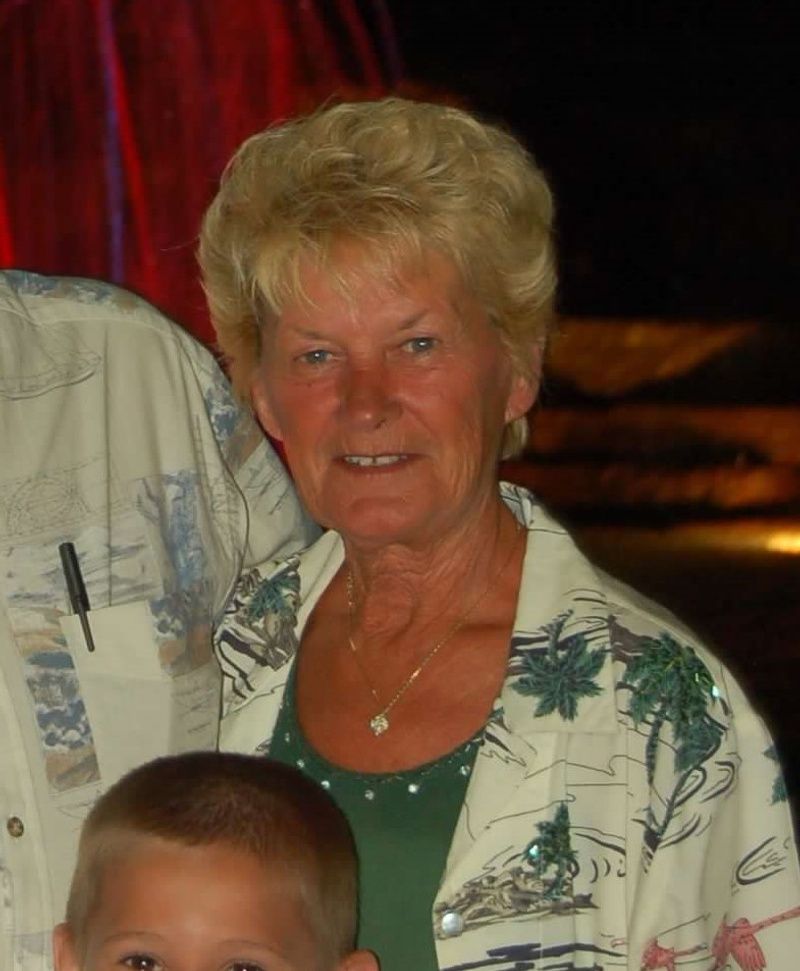 Mrs. Theresa J. (LeBlanc) Randall died peacefully on January 6, 2022 at Wingate at Silver Lake with family by her side. She was 80 years old.

Theresa was born in Moncton, New Brunswick on July 13, 1941, the daughter of the late Ernest and Alida LeBlanc.

Theresa spent her early years in Moncton. She was a country singer with the Bunkhouse Boys Band. She moved to Waltham, MA when she was 16 years old and met Richard at the Waltham Watch Factory. On February 24, 1962 she married Richard M. Randall and the pair settled in Waltham where they would raise their family. She had very strong family values, her family meant everything to her. She was warm, loving and had the ability to start a conversation with anyone. Theresa and Richard were inseparable, she was involved with all facets of his business life including The REMME Association, Precision Inventories, and the Corporate Deli/Mainsail Lounge. She loved country music and singing at the monthly dances at The French American Victory Club in Waltham while involved in REMME.

Theresa spent many summers in Ossipee NH with her family creating wonderful memories. She loved the beach on the lake, boat rides, singing karaoke and cooking for her family and friends. She was known for her Sunday morning breakfasts in NH, never turning anyone away. She made the best homemade bread and rolls from scratch, the recipe she learned from her mother in Canada.

She and Richard also resided at Westwinds Village in Bradenton, Florida for 16 years. She loved driving the golfcart to the pool, listening to her country music, having snacks and socializing with her friends.

She is now reunited with her beloved husband Richard M. Randall who died on January 30, 2021. She is survived by her children, Kevin Randall (Deborah) of Newton, Linda Meyers (Christopher) of Duxbury and Nicole Porcella of Deltona, Florida; her grandchildren, Tori Randall, Kyle Randall, Brianna Meyers, Breanna Porcella and Miranda Porcella; her siblings, Romeo LeBlanc, Juliette Bourgeois, Victor LeBlanc and also leaves many nieces, nephews and their families.

She was also the sister of the late Leonard LeBlanc, Gerald LeBlanc and Yvonne Ferrara.

Family and friends will honor and remember Theresa's life by gathering for calling hours in The Joyce Funeral Home, 245 Main Street (Rte. 20), Waltham on Wednesday, FEBRUARY 23rd from 4 to 7 p.m. and again at 9 a.m. on Thursday morning before leaving in procession to Our Lady Comforter of the Afflicted Church, 880 Trapelo Road, Waltham where her Funeral Mass will be celebrated at 10 a.m. Burial will follow at Calvary Cemetery, Waltham.

A broadcast of Theresa's Funeral Mass will begin at 10 a.m. on Thursday at https://my.gather.app/remember/theresa-randall

Memorial donations in Theresa's name may be made to Dementia Society of America.
To order memorial trees or send flowers to the family in memory of Theresa J. Randall, please visit our flower store.