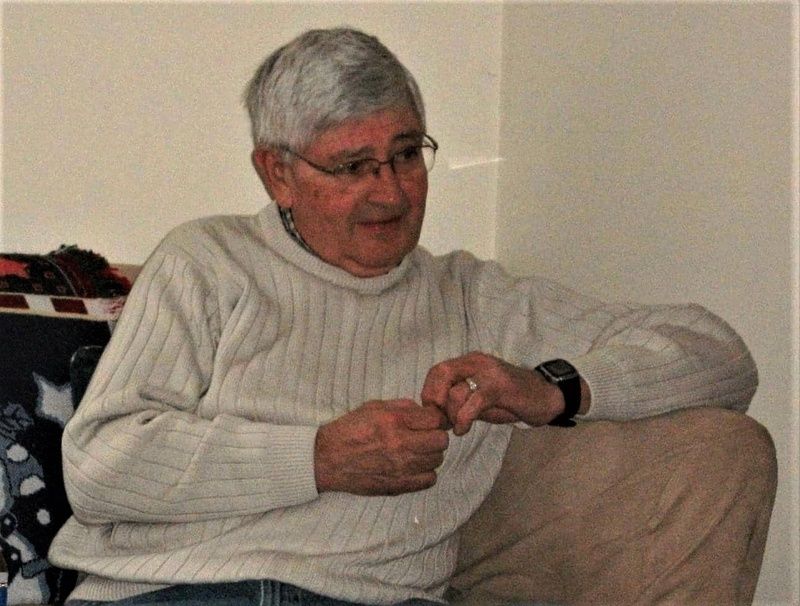 Roger was born in Peabody on June 3, 1935, a son of the late Roger and Mary (Gronko) Broughton. He was a graduate of Peabody High School and continued his studies at Northeastern University where he was a member of the hockey team. He enjoyed a successful career as an accountant and was the Chief Financial Officer for IPF Printing in Georgia until his retirement.

Roger loved being outdoors, whether it was by taking one of his daily walks around the neighborhood or tending to his meticulous yard. He also loved traveling with his wife, Mary, and together they enjoyed experiencing the sights and sounds of new places. Prior to moving to Waltham, Roger and Mary lived in Beverly and Harwich.

In addition to his parents, Roger was predeceased by his brother, Robert Broughton.

He leaves his wife, Mary M. (Dineen) Broughton; his daughters, Dineen Abu-Elmagd, of North Carolina, Dawn Santos (Al), of Hawaii, and Janis Dupuis of Waltham; his grandchildren, Adam and Ahmed Abu-Elmagd, Matthew and Brittany Santos, Mark and Steven Dupuis; his great-grandchildren, Cameron Dupuis and Troy Santos; his sister, Eva LeBlanc of Peabody and many nieces and nephews.

Funeral services for Roger will be announced at a later date.
To order memorial trees or send flowers to the family in memory of Roger E. Broughton, please visit our flower store.