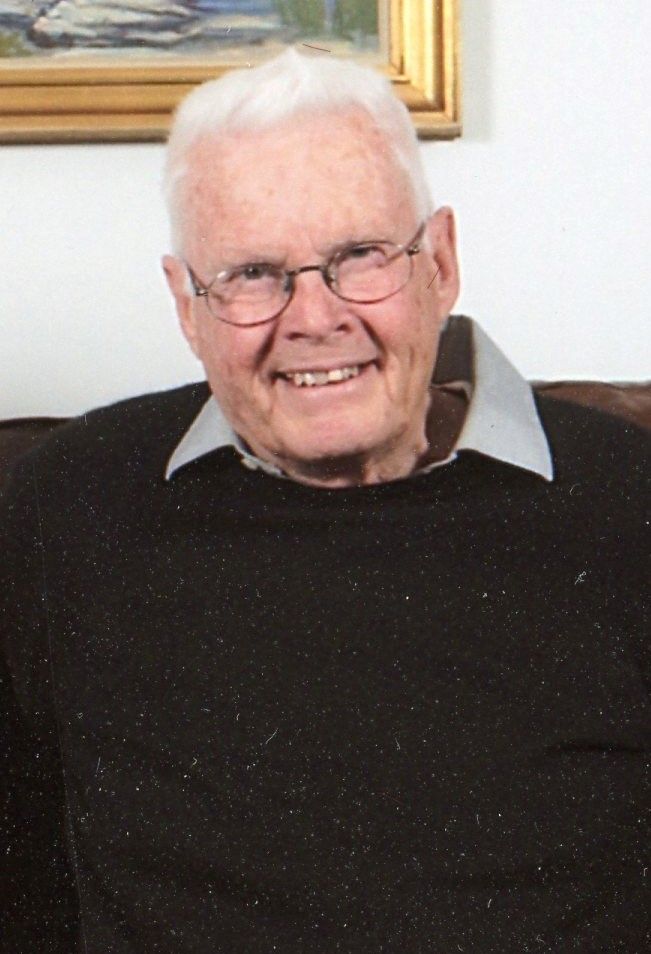 Concord – Mr. Richard J. Johnson, of Concord, died peacefully on September 5, 2020 with his family and Pastor by his side. He was 85 years old.

Richard was born in Waltham on December 10, 1934, the son of the late John and Marguerite (Olson) Johnson. After graduating from Waltham High School in 1953 he earned a full hockey scholarship to Northeastern University where he played for four years; later earning his masters degree from Babson College. On October 9, 1965 he married Rut K. Geholm at the First Lutheran Church in Waltham. The pair settled in Concord where they raised their two sons.

Richard enjoyed a 44 year career as an educator at Lincoln-Sudbury High School. He truly made a difference in generations of children and was awarded both the Lincoln-Sudbury and Massachusetts Teacher of the Year. He was an active member of the First Lutheran Church of Waltham and found great solace and peace at Camp Calumet on Lake Ossipee in New Hampshire. He maintained his love for hockey throughout his life and enjoyed coaching his boys throughout the U.S. and Canada. He will be remembered as a loving husband, father, grandfather and friend.

He is survived by his beloved wife, Rut K. (Geholm) Johnson; his sons, Erik J. Johnson and his wife, Doriana, of London, UK and Lars O. Johnson of Lancaster and by his grandchildren August, Sigrid, Frida, Linnea and Lilly.

He was also the brother of the late Louise Schaubach.

His funeral service and burial will be private but can be viewed by visiting http://distantlink.com/joyce.html at 11:00 a.m. on Monday, September 21, 2020.