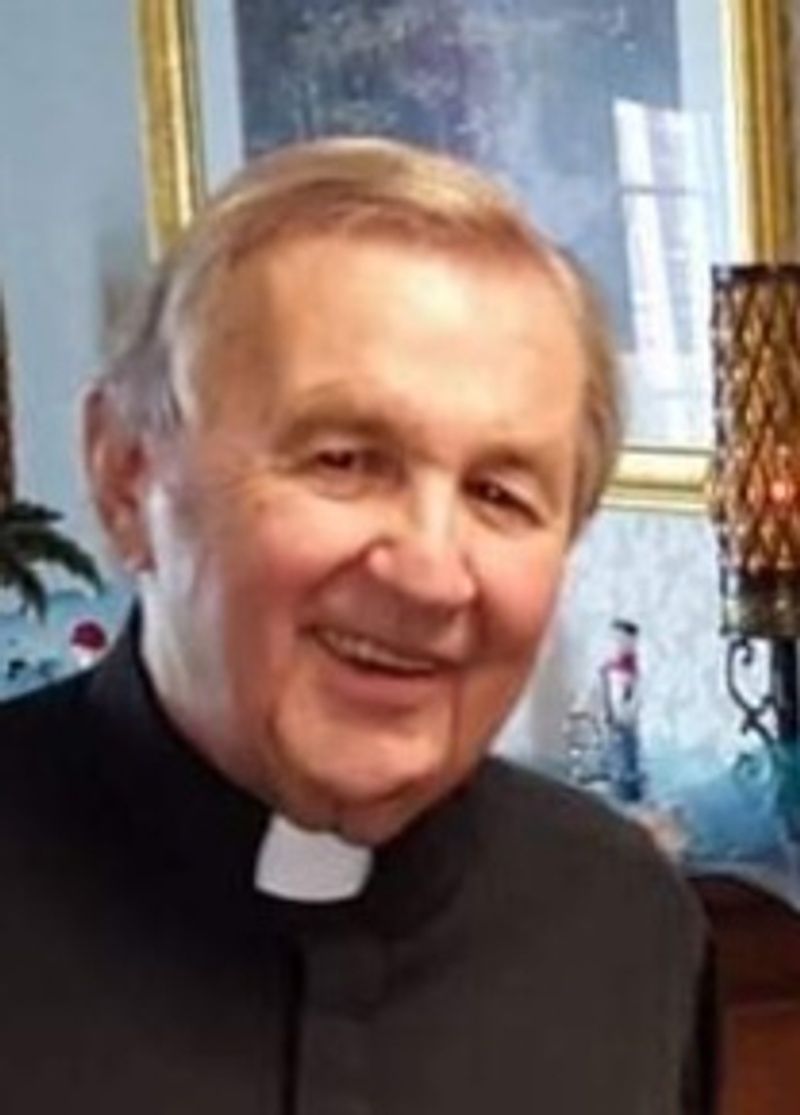 South Boston - Fr. Gerard "Gerry" A. Demers, SM, a priest member of the Society of Mary (Marist Fathers and Brothers), died at Marian Manor, South Boston, on Saturday, August 13, 2022, at the age of 91.

He was born on April 13, 1931, in Lawrence, to the late Joseph and Lucienne (Bazin) Demers. After attending Saint Anne's Parish School, he entered Maryvale Seminary in Bedford in 1946 and professed first vows on Staten Island, New York on September 8, 1953. He then continued his study for the priesthood in Framingham and Marist College in Washington, D.C. He was perpetually professed as a Marist on September 8, 1956 and ordained a priest in Washington on February 7, 1959.

He taught at the Marist Preparatory Seminary in Bedford and also at Notre Dame High School in Harper Woods, Michigan where he later served as Rector. Fr. Gerry ministered in several parishes in the Marist's Boston Province, serving as pastor at Saint Bruno's Church in Van Buren, Maine; Saint John the Baptist Church in Brunswick, Maine; Saint Joseph's Church in Haverhill, Sacred Heart Church in Lawrence and Our Lady of Victories Church in Boston. He was Provincial of the Boston Province from 1985 to 1991 and served as Director of the Lourdes Center, Boston, from 2001 to 2005. He was in residence there from 2015 to 2018, when he moved into a nursing care facility.

In addition to his parents, he was predeceased by his brother Richard (Claire), his sister Cecile (Rene), and his brother Norman.

Fr. Gerry is survived by his sister-in-law Joyce Demers, his 13 nieces and nephews: Paula, Karen, David, Lisa and Denise Demers, Stephen, John, Linda, Sharon, and Brian Guilmet, and George, Michael, and Alan Demers as well as many grandnieces and grandnephews and his Marist confreres.

His wake will take place in St. Theresa's Church (Our Lady of Good Counsel Parish,) 22 Plymouth Street, Methuen, on Wednesday, August 17 from 5:00 to 8:00 p.m. The funeral will be celebrated there on Thursday, August 18 at 10:00 am. Fr. Gerry will be buried in the Marist section of Sacred Heart Cemetery, Andover.

Those wishing to view the livestream (and recording) of Fr. Gerry's Mass please use this link: https://www.olgcparish.com/70

Memorial donations may be made to the Marist Province of the United States of America, 815 Varnum Street, Washington, D.C. 20017.
To order memorial trees or send flowers to the family in memory of Rev. Gerard A. Demers, SM, please visit our flower store.