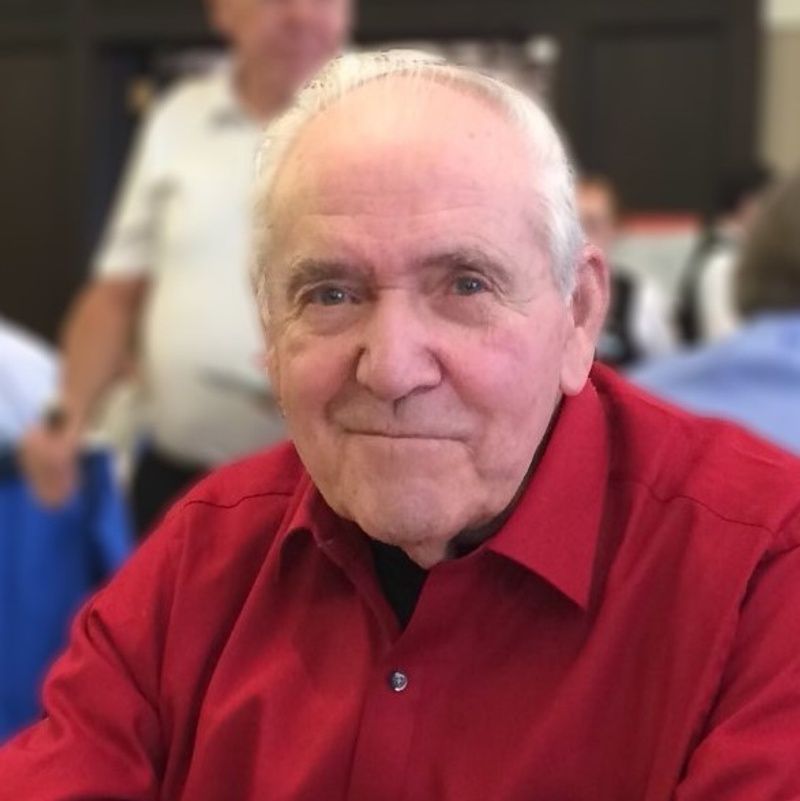 Mr. Rene W. Brouillard, of Waltham, died Wednesday, January 26, 2022 at Stone Rehabilitation and Senior Living Center in Newton. He was 87.

Rene was born on June 13, 1934 in Cowensville Québec, a son of the late Albertine (Lavoie) and Raoulle Brouillard. When he was eight years old the family moved to Bridport, Vermont, where he was raised on a dairy farm. As a youth and into his teens he worked the farm with his family, and when he was 17 he got a job as a junior chef at the Middlebury Inn, where he worked until joining the United States Air Force.

Rene assumed the Air Force might use his experience as a chef. However, as fate would have it, he would become a Runway Fire Fighter, which brought him down to Massachusetts, where he would meet the love of his life. He was stationed at Hanscom Air Force Base, and while enjoying a night off at the WAL-LEX, Rene met Waltham native, Jean Presti. After six months of courtship, spending time together at The WAL-LEX and nights dancing at Nuttings on the Charles, the two were married in St. Mary's Church and settled in Waltham to start their family.

The family farm he was raised on, in Vermont, was eventually split up into six lots. Along with the parents' house, five of his siblings built houses on each of the other parcels, creating a sort of "Brouillard family compound" spread across 50 acres. Rene and his family loved the big family get-togethers on the farm. They would go up in the summers to celebrate the Fourth of July with barbecues and fireworks. In the fall, they would visit for the world class foliage and apple picking. The family was full of talented musicians, so it's no surprise, the nights together up there were full of music. Some of the best memories were of the family, gathered around, while Rene, his father, and his other siblings played their instruments, and his sister Suzie, a professional singer, provided vocals.

After the Air Force, Rene worked in HVAC, as an oil burner technician, for 29 years. He finished his career as a transportation manager for Locomotion of Newton.

Rene leaves his wife of 67 years, Jean (Presti) Brouillard of Waltham. His children, Debra Carvelli (John) of Millis, and Steven Brouillard (Linda) of Waltham. His grandchildren, Lianne MacDonald (Jeff) of Framingham, Nicole Wiebers (Brad) of Bellingham, and Michelle Rubin (Dan) of Framingham. His great-grandchildren, Elise, Jeffrey, Brandon, Natalie, and Kenna. His siblings, Yvonne Munafo of Rhode Island, Gerald Brouillard of Bridport, Vermont and Marie Saunders also of Bridport, Vermont. He is also survived by many nieces and nephews.

Rene was the brother of the late Roland, Guy and Albert Brouillard, Janine Gill, Cecile Jenny, and Suzanne Clark.

Family and friends will honor in remember Rene's life by gathering for calling hours in The Joyce Funeral Home, 245 Main Street (Rte. 20), Waltham on Tuesday, February 1st from 5 to 8 p.m. and again at 9 a.m. on Wednesday morning before leaving and procession to Saint Mary's Church, 133 School St., Waltham where his funeral mass will be celebrated at 10 a.m. Burial will follow in Calvary cemetery, Waltham.