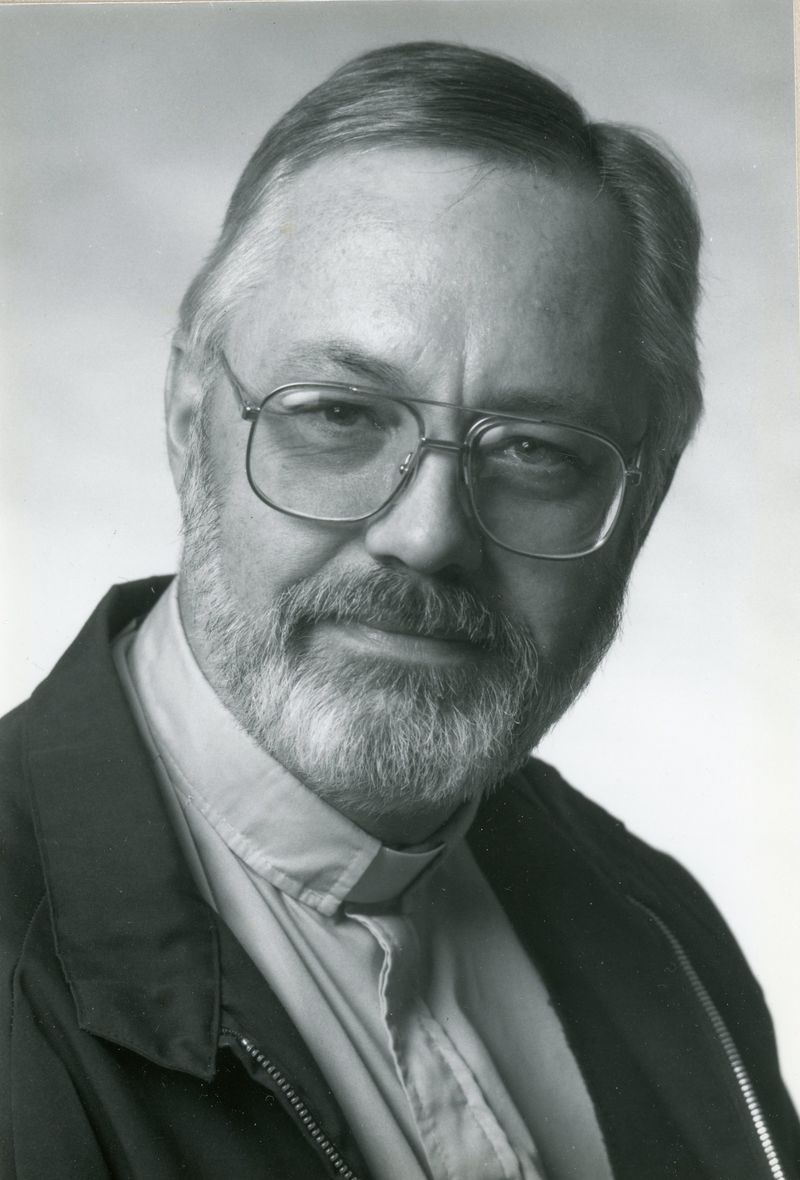 Shrewsbury - On Pentacost Sunday, May 31, 2020 Deacon Ralph W. Anderson entered his eternal rest at his residence in Notre Dame du Lac in Worcester. He was 83.

Born on January 22, 1937 in Worcester he was a son of the Ralph O.W. and Virginia H. (Hale) Anderson. Ralph was baptized on Children Sunday, June 13, 1937 at Wesley United Methodist Church in Worcester. He was received into full membership at age twelve and remained active in its Sunday school, adult choir and high school, college, business and service fellowships. Ralph also attended summer sessions at Rolling Ridge, the Methodist Conference Center in North Andover.

He was raised in a three decker on Hollywood Street in Worcester's Main South. Ralph always remained mindful of his simple beginning and appreciation for his blue collar roots and strong values instilled from hard working parents. He remained in contact with many of his childhood friends as he felt they were a part of his extended family. He never missed a significant occasion in his friends or families lives.

As a young boy Ralph had an interest and affection for the beauty of nature and people, love of music, poetry and spiritual readings. His mother noted that he had a good sense of rhythm and parade music was his favorite as he loved the sounds of a marching band. He attended Woodland Street Grammar School and graduated from South High School where he played in the band and sang in the Boy's Glee Club and Senior Choir. Ralph enjoyed taking courses on music composition, harmony and related subjects. He was a member of the All State Band and Chorus and played in the Red Shield and Post Office Bands. As a member he sang in the Messier and Worcester Music Choruses.

A graduate of Clark University in 1959 he sang in the Magical Choir and belonged to many organizations including Christian Varsity. Ralph discerned a vocation to attend the Methodist Seminary at Boston University but rather he enlisted in the United States Navy and was stationed on the USS Essex (CVS 9) during the Bay of Pigs invasion, an aborted U.S. covert action in April 1961. He was a long term member of both the American Legion and the U.S.S. Essex (CVS 9) Association.

Through work at State Mutual Ralph met Spencer native Marcia K. Garrison and they later married on June 5, 1965 in Grace Episcopal Church in Oxford. Residents of Shrewsbury for over 55 years they welcomed a transition to residency at Notre Dame du Lac in 2019. His family offers heartfelt thanks to the wonderful staff of du Lac for their care and compassion.

Ralph worked as a field office administrator for the former State Mutual Life Insurance Company in Worcester. He then took a position at Bay State Abrasives as their first internal auditor before returning to State Mutual in 1968 where he worked in Agency & Marketing Planning as well as field financial management.

In 1971, he received the Jaycee of the Year award for his successful efforts in establishing the Worcester Crisis Center. He was also past president of the State Mutual Fellowship and in 1973 he earned his CLU degree from the American College of Life Underwriters. At age 54 he took an early retirement and received his Master's degree in Counseling Psychology from Anna Maria College in 1994. He later was employed by Spectrum Addiction Services and Community Health & Prevention Services in Leominster.

A longtime member of the Greendale YMCA he was a familiar face and an avid lap swimmer in its pool. Ralph always had a book in hand to read. As a member of the Thomas Merton Society he enjoyed his friendships and engaging conversations from the Thomas Merton Study Group at Saint Mary Catholic Church. Ralph remained humble, blessed and grateful having enjoyed sobriety for over 36 years.

In addition to his wife of 55 years, Marcia, he leaves his sons, Kurt G. Anderson (Molly) of Shrewsbury and David E. Anderson of Beverly; his grandchildren, Gabriel Anderson, Sarah Yates and Zachary Anderson; his sisters, Gayle Miller (John) of South Yarmouth and Judy Lund of Sarasota, Florida; nieces & nephews.

Funeral services and burial in Mountain View Cemetery are private. A Life Celebration will be announced.

Arrangements by James & John Heald of The Joyce Funeral Home.
To order memorial trees or send flowers to the family in memory of Ralph W. Anderson, please visit our flower store.