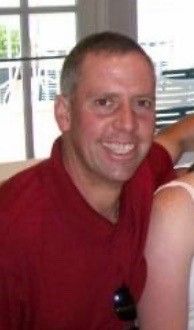 On Tuesday, September 29th 2020, after 9 courageous months Paul Senior, surrounded by his beloved family, lost his battle with Pancreatic Cancer. Paul was well known and loved by not only his family but his community as well. A letter carrier for over 33 years Paul would walk his route day in and day out, rain or shine, with an infectious smile and an unwavering love of life. Paul had the ability to brighten even the darkest of days and finding someone who would tell you differently is next to impossible.

Husband, father, son, friend; Paul was a man of many names, but Papa was his favorite. Paul doted on his two young granddaughters, Emily and Molly, spending any time he could gardening with them and growing sunflowers and corn, crawling on the ground playing horses, or introducing them to his stamp collection.

While Paul loved his family; he also loved serving his community. Paul's colleagues at the Post Office rallied behind him when his battle began sporting "Senior Strong" gear whenever they could. The Waltham USPS wanted to honor Paul in the most memorable way possible and dubbed Friday, October 2nd Paul Senior Day in Waltham.

Born May 16th 1960 the son of the late Everett G. and Sophie (Jerzylo) Senior, Paul spent his early years in Hyde Park, but in a twist of beautiful fate he got a job at Jet Spray in Waltham. While working for Jet Spray Paul was introduced to Kathy. The chemistry between the two was undeniable to anyone who met them. On May 4th 1985 Mr. and Mrs. Paul Senior were walking down the aisle. Paul moved to Waltham where he and Kathy started their family consisting of a beautiful baby girl, Melissa, and a bouncing baby boy, Matthew - the light of their lives.

An avid Patriots and Red Sox fan you could often find Paul spending his time off in the kitchen snacking and cheering on his favorite teams or sitting in his recliner with a Sudoku book bird watching. If it wasn't sports or Sudoku you would find him enthralled in the latest history channel documentary - he always had a passion for learning about history (even if it bored the rest of us LOL!)

Paul was so many amazing things that will never be forgotten and although he was in a fight for his life Paul's smile was still bigger and brighter than anyone else in the room. There was nothing you could do to bring his spirits down. Paul will be truly missed by every life he touched.

Paul leaves behind his loving wife Kathy, his daughter Melissa Brenden and son-in-law Adam of Westford and his granddaughters, Emily and Molly Brenden; son Matthew of Waltham; his brothers, Michael Senior of Hyde Park, Everett Senior, and the late Claudia, of Shingle Springs, CA, Mark Senior and wife Patricia of Carver, and the late Vincent Senior; his brothers-in-law Thomas McGann husband to Avalon of Vero Beach, Florida, Mary Cummings, wife of Charles of Upton, Pauline McGann of Waltham, Edward McGann, husband to Joyce of Middleborough, Gerald Hughes of Hanover, and the late Irene Hughes, John McGann and Paul McGann Jr.; also survived by many nieces, nephews, and close friends.

Family and friends will honor and remember Paul's life by gathering for calling hours on Monday, October 5th from 4 to 8 p.m. in The Joyce Funeral Home, 245 Main Street (Rte. 20), Waltham. His Funeral Mass will be celebrated in Saint Mary's Church, 133 School Street, Waltham on Tuesday 10 a.m. Burial will follow in Calvary Cemetery, Waltham.

Memorial donations may be made to the American Cancer Society, 3 Speen Street, Suite 250, Framingham, MA 01701.
To order memorial trees or send flowers to the family in memory of Paul W. Senior, please visit our flower store.