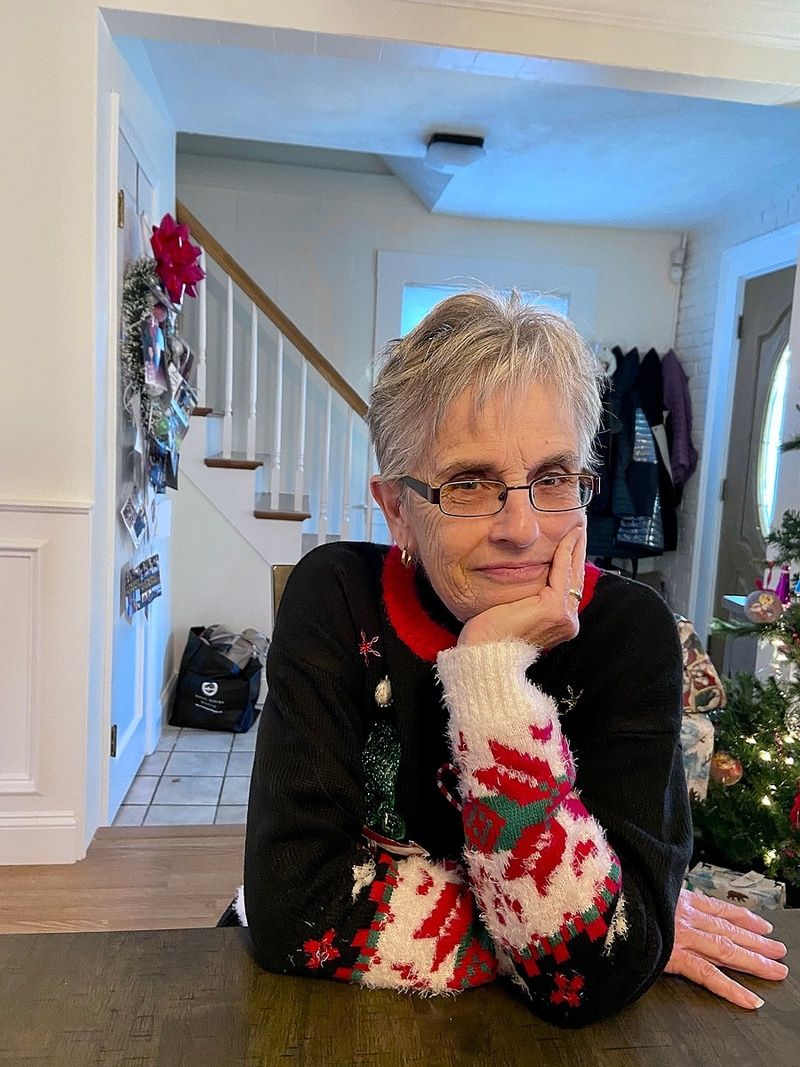 Patty was born and raised in Waltham, a daughter of the late Charles F. and Marie E. 'Jan' (Roach) Ryberg. She was a 1969 graduate of Waltham High School and until her retirement she worked for years as the controller at N.E. Transit Company, first in Waltham and then in Tyngsboro.

She and her husband, Rocky, moved to Plymouth in 2016 and returned to Waltham this year. It was in Plymouth that Patty continued her lifelong passion for baseball by following every game of the Bourne Braves of the Cape Cod League and where she and her husband became a host family for players and coaches.

In her youth she'd travel every night with her parents to Nipper Maher Park where she'd 'work the shack' with Jan and watch Charlie coach.

Her greatest joys were found with her grandchildren and by attending all of their school and sporting events. There was hardly a swim meet, basketball or baseball game that she missed and she was their proudest fan. Patty was also a board member of the Waltham Track Club.

Throughout her life she enjoyed horseback riding and found the experience to be both exhilarating and calming at the same time. Patty loved to entertain and kept a meticulous home inside and out . . . at her home in Waltham and in Plymouth her pool was the envy of the neighborhood and was spotless, sparkling and pristine . . . 'Patty-Clean', as she called it.

She leaves her husband, Albert J. "Rocky" Marqus; her children, Jennifer D. Englehart of Waltham and Sandra L. Englehart and her husband, Reggie Butler, of Plymouth; her grandchildren, Zoey and Rayna Butler and John Englehart; her sister and brothers, Donna Lexander (Jim) of The Villages, Florida, Mark Ryberg (Deb) of Stuart, Florida and Glenn Ryberg (Lisa) of Lancaster and many nieces, nephews, cousins and their families.

Patty was also a sister of the late Allen Ryberg.

Family and friends will honor and remember Patty's life by gathering for calling hours in The Joyce Funeral Home. 245 Main Street (Rte. 20), Waltham on Monday, November 8th from 4 to 8 p.m. and again at 10 a.m. on Tuesday morning before leaving in procession to Saint Jude Church, 147 Main Street, Waltham where her Funeral Mass will be celebrated at 11 a.m. Burial will be private.

To honor Patty's memory please consider donating blood through the American Red Cross www.redcross.org or by donating to the Leukemia Society, P.O. Box 22324, New York, NY 10087 www.lls.org
To order memorial trees or send flowers to the family in memory of Patricia A. (Ryberg) Marqus, please visit our flower store.