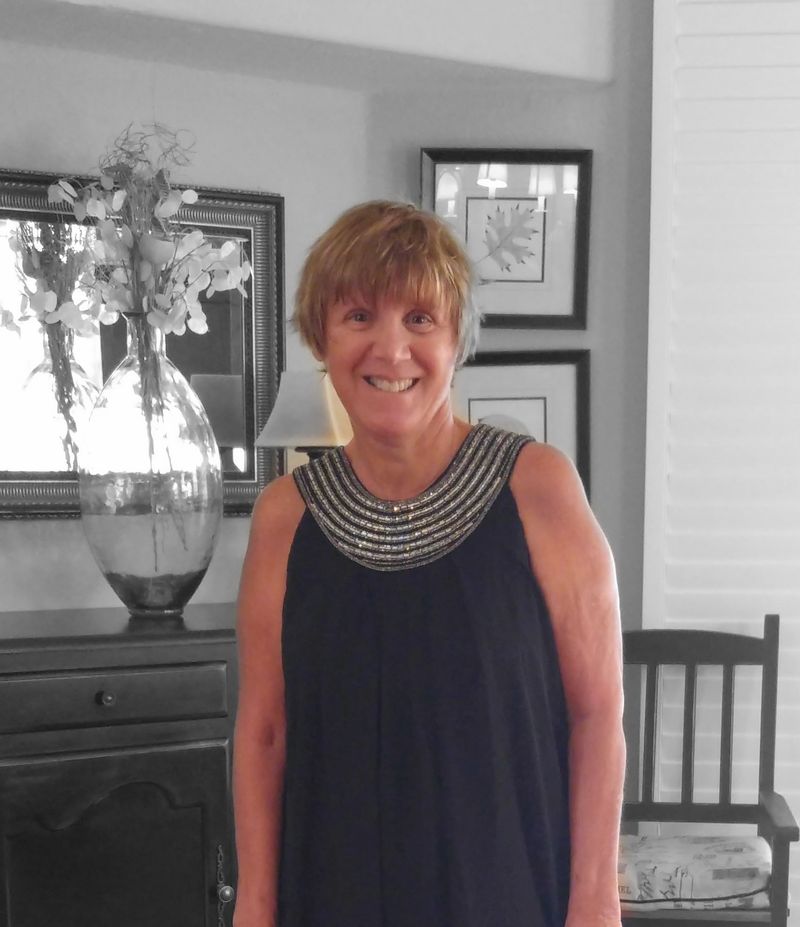 Patricia (Bonica) Hill, known as Patty to all that knew her, was the fourth of four girls, born April 30, 1952, in Waltham, MA, to Anthony and Stella Bonica. Soon after, her family moved to Newton where she lived until she graduated from Newton North in 1970. She obtained an Associates degree in Early Education from Lasalle University, a BA in Special Education from U. Mass Amherst and a master's degree from Lesley University, and conducted her student teaching in Marin County, California, just north of San Francisco. Patty's love for teaching children and helping those in need continued throughout her entire life. After finishing her education, she began teaching disabled children as head teacher with EDCO Collaborative, and later as a teacher for the Perkins School for the Blind.

Patty married her husband, David L. Hill, on September 6, 1975. The couple lived in Woburn where her two children were born: Chris in 1978 and Jenn in 1982. Shortly after Jenn's birth, the family moved to Acton, where they remained for the next 14 years. While raising their two children, Patty worked in the Acton and Lincoln school systems as a special education teacher. She enjoyed socializing with her many friends and neighbors in Acton and always kept in close contact with her family in the Newton-Waltham area.

Patty was one of the most friendly and loving people. She was known as someone who helped others before thinking of herself. At times, she would invite relatives, friends and even a piano teacher to stay with her as she took care of them during their times of hardship. People gravitated toward Patty as she was one of the all-time best compassionate listeners and seemed to always provide sage advice.

In 1996, the family moved to Alpharetta, GA where Patty met new friends and developed her tennis game with neighbors. It was also in Georgia where she found her love for running and was soon entering local races, including the Peachtree 10K, which she ran every year for 10 years. At the age of 50, she started focusing on longer races, including marathons, with a goal of one day running the Boston marathon. After moving to Perrysburg, OH in 2006 running took center stage for Patty, where she began traveling around the country to compete in long-distance races. In late 2013 she achieved her goal of qualifying for the Boston marathon. Her time was more than 70 minutes better than the first marathon she ran almost a decade earlier.

Not long after, Patty and David retired to Naples, FL and Patty achieved one of her ultimate goals and ran, and finished, the Boston marathon in April of 2015. Unfortunately, later that year Patty was diagnosed with ALS, and the associated symptoms forced her to stop running. She transferred her passion for running to her new passion of fighting ALS undergoing both traditional and non-traditional therapies, and as always, thinking of others before thinking of herself, she participated in over a dozen clinical trials, some for potential new drugs, so that those that were diagnosed with ALS after her might have a better chance at fighting the disease. ALS is a relentless disease, and notwithstanding her many efforts, in September 2019, Patty entered hospice. She peacefully passed on September 9, 2020 surrounded by her family and with the sounds of Amazing Grace in the air.

She is survived by her husband David, children Chris and Jenn, sisters Linda and Betty-Anne, as well as many nieces, nephews, grand-nieces and grand-nephews, all of whom she loved very much.

In lieu of sending flowers, the family requests that donations be made to the ALS Association: https://www.als.org/donate
To order memorial trees or send flowers to the family in memory of Patricia (Bonica) Hill, please visit our flower store.