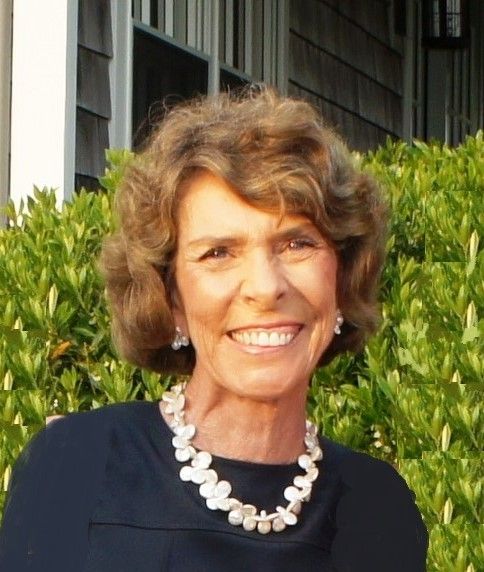 Weston - Nancy Connolly died Friday, March 27th surrounded by her family in her Weston home. She was the cherished wife of Paul K. Connolly, Jr. with whom she shared a loving marriage of 50 years.

Born in Melrose and raised in Saugus, she was the daughter of the late Daniel M. and Barbara M. (Dupray) Judge. She was sister to Joan M. Judge of Hudson, and the late Peter D. Judge of San Francisco. She graduated from Nazareth Academy in 1965 and from Emmanuel College in 1969.

During the early years of her marriage, Nancy worked at the Waltham Public Library, the American Red Cross and at the Waltham District Court. She then devoted herself to raising her two sons, Paul and Daniel. She was their teacher, healer, class mother, and greatest advocate. After her children left the house, she cared for her father-in-law and then her parents.

Nancy and Paul lived in Waltham for a number of years before moving to Weston. They became parishioners of Saint John the Evangelist Church in Wellesley. Nancy loved people and enjoyed making and maintaining friendships. For Nancy, a friend was always worth the investment of time spent keeping in touch, even if they had moved to other parts of the country. She had a special gift for making the friends of her children feel like part of her family.

She had a passion for cooking, and sharing meals with family as well as friends new and old. Many will miss the personal notes and photos Nancy sent to let everyone know just how loved they were. Nancy also loved relaxing with a book, most of all contemporary fiction. Starting in 1982, she kept a diary of the books she read, returning often to the works of Anne Tyler, Jonathan Franzen, Toni Morrison, Neal Gaiman, and Mary Oliver.

During the two years she fought pancreatic cancer, Nancy handled the disease with grace, maintained a positive outlook, and continued to look after those closest to her. She was helped by her faith in God, her family, and the incredible support of so many friends.

Together with her husband, Paul, the couple set their hopes on reaching certain milestones.

First it was to enjoy the summer of 2018 at their summer house on Nantucket, a place where Nancy found peace, joy, and where she made new and lasting friendships. She was happiest when she was surrounded by her friends, family, and especially her grandchildren who gave her so much happiness.

The next goal was to make it to the holidays, and then the summer of 2019, when Paul and Nancy celebrated their 50th wedding anniversary. Their last goal was a final soiree – a Caribbean cruise they were able to take in January 2020.

Nancy's family will honor and remember her life at a private graveside committal service at Linwood Cemetery in Weston. A Memorial Mass will be offered in Saint John the Evangelist Church, 9 Glen Road, Wellesley when it is safe for all of us to gather again.

Memorial donations may be made to the Youth Ministry at St. John the Evangelist Church, the Massachusetts General Hospital Cancer Center, or the American Red Cross.
To order memorial trees or send flowers to the family in memory of Nancy (Judge) Connolly, please visit our flower store.