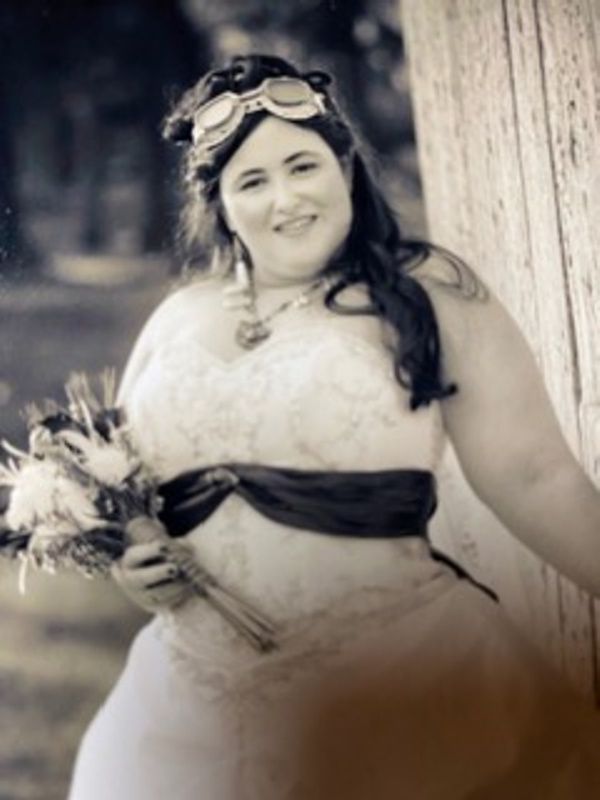 Dr. Michal (aka Michelle) Talmor Tilley passed away suddenly on March 29, 2021 leaving a hole in our hearts and our universe.

Michal was born in Haifa, Israel on April 1, 1985. At the age of six, she moved to Tel Aviv where she spent her childhood and early adult life. Her brilliance was evident at an early age, and she was enrolled in the gifted classes from grade school through high school. She taught herself English by watching the popular science fiction adventure, Star Trek, on television. She was an avid reader and loved puzzles. She loved to sing and built herself an electronic piano at a young age. In addition, she was a creative and talented artist. She served for two and a half years in the Israeli Defense Forces as a software engineer and then worked for an additional two and a half years before coming to the United States in 2009 to pursue her dreams through college.

"I knew I wanted to pursue an engineering degree in aerospace in the United States" she said. Michal traveled from Israel to Worcester, Massachusetts with her cat, Chicha, to begin a new life as a student at Worcester Polytechnic Institute (WPI). She graduated in May of 2013 with a dual major in aerospace engineering and robotics engineering with a minor in astrophysics. She received the outstanding senior award in robotics engineering and graduated with high distinction. In addition, she received honorable mention for the National Science Foundation Graduate Research Fellowship Program. "This fellowship program is very prestigious and getting recognized with an honorable mention speaks to her abilities as a student and a scholar", said Rory Flinn, Assistant Dean of Graduate Studies at WPI.

In her freshmen year at WPI she met the love of her life, J. Alexander Tilley, a second-year student. They were introduced while playing a pen and paper role-playing game as part of the WPI Science Fiction Society. Initially, their game characters fell in love, and then later, they realized they too, were madly in love. It was a love story that resulted in a unique May 2013 Victorian Steampunk-themed wedding held at Stone Manor in rural Middletown, Maryland. The wedding was a marvelous affair, well-attended by friends and family dressed in period costumes. Michal and Alex were the loves of each other's lives, and their wedding day was one of the happiest days of Michal's life. Once, she was asked by a friend what the secret was to finding love and she responded, "That's easy, you just marry your best friend!"

Another joyous day for Michal was in February 2018 when she became a U.S. Citizen. Dressed from head to toe in red, white, and blue, Michal celebrated this achievement by eating a big American cheeseburger and then going shooting.

Michal continued making her mark on the world as she became a WPI PhD candidate in mechanical engineering, specializing in electrohydrodynamics (EHD). She was also awarded a NASA fellowship, a further realization of her ultimate passion – outer space! Throughout her PhD experience, Michal enjoyed a whirlwind of activity. She spent a summer at the Goddard Space Center and time at the NASA Glenn Research Center. She traveled to France, Spain, and Japan, and spoke at numerous conferences in the U.S. Her PhD advisor, Dr. Jamal Yagoobi, wrote: "Michelle was a very bright individual. It was an honor for me to be her PhD advisor. Her understanding of the fundamentals of thermal sciences was very solid. Her PhD work dealt with pumping of dielectric fluids in micro and macro scale in the presence and absence of phase change. One of her major contributions to the field was to describe the impact of temperature on the performance of EHD conduction pumping, critical for the design of EHD pumps operating in the outer space environment. Her work has resulted in four journal publications with additional two under preparation (to be completed by me), one book chapter, and eight conference papers. She was a great role model to many PhD students at WPI and I will certainly miss her forever".

Michal received numerous awards including the Penton's Aviation week Twenty20's award in 2016. "I want to be part of the aerospace era" she said. "I want to make sure humanity has a permanent hold in our solar system."

She had just begun her career at Aurora Flight Sciences (a division of Boeing) where she was well respected as a "vibrant member of the team and made an impact in everything she did," said her supervisor, Jason Ryan. She was honored in June 2020 for International Women in Engineering Day and commented "we fought our way into engineering, but our daughters shouldn't have to."

Michal had an adventurous spirit and she and Alex enjoyed memorable trips to Florida beach reunions with her Tilley family as well as family gatherings for Thanksgiving, Christmas, and Hanukkah celebrations. She and Alex traveled to Israel to show him her life and family there. They took trips to Nova Scotia, Bar Harbor, Mount Washington, Niagara Falls, and the Poconos, as well as a five-day Amtrak journey from Seattle to Boston. Every spring she and her husband went to the Penny Arcade Expo (PAX) conventions in Boston. They shared a love of role-playing games, board games, Marvel movies and Science Fiction.

Michal will be remembered for her brilliance, determination, courage, humor, and wit, as well as her love of the color purple. She was always caring and empathetic, always looking toward the future in all her endeavors, both personal and professional. It was important for her to leave her mark in everything she did. She always set extremely high standards for herself and consequently pushed others to strive to do better. She was loved by her peers, coworkers, professors, and most of all, by her husband Alex, the Tilley family and the Talmor family.

A celebration of Michal's life will be arranged in the future, once Covid restrictions have been lifted. She was passionate about space exploration and she hoped that future space travel could be as simple "as taking a day trip to Mars with my grandchildren."

Fly Michal, fly, to the moon, Mars, and the stars ..." if love could have saved you, you would have lived forever!"
To order memorial trees or send flowers to the family in memory of Michal Talmor Tilley, please visit our flower store.