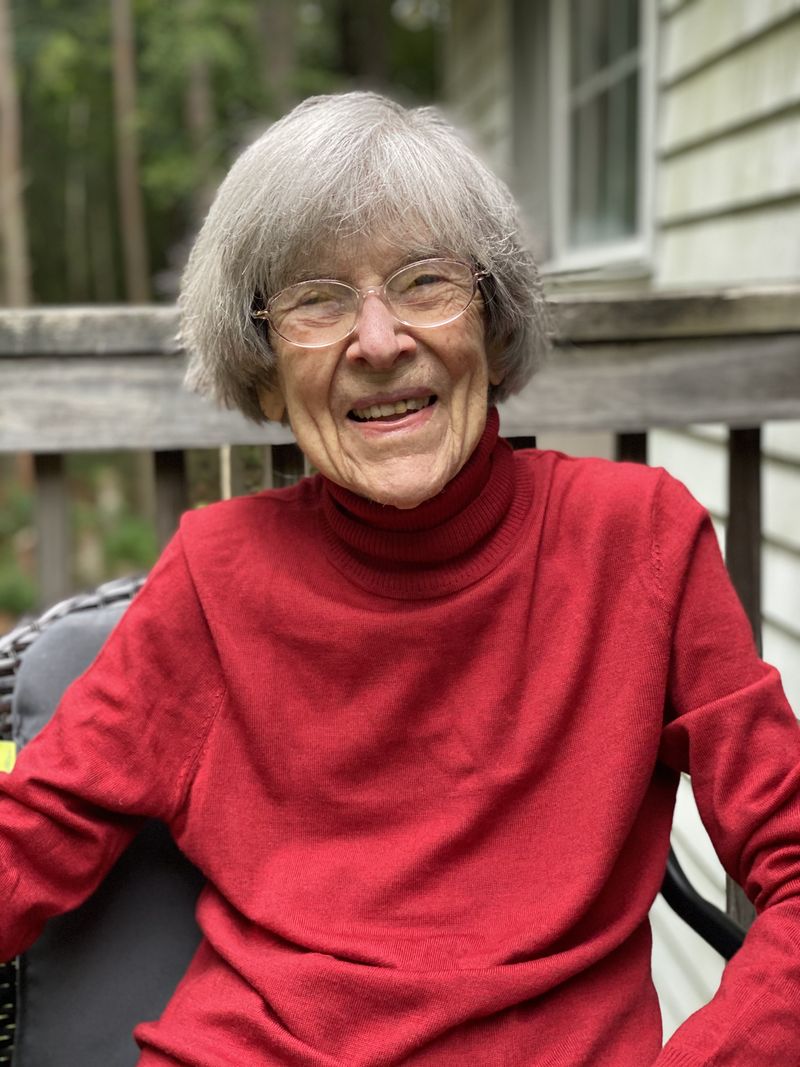 Waltham – Mrs. Maude Alice (Dow) Mula, of Waltham, died on Thursday, September 24, 2020 in the Stanley Tippett Home in Needham following a period of declining health. She was 95.

Alice was born in Woburn on November 1, 1924, a daughter of the late Harold J. and Maude A. (Kelley) Dow. As a teenager her family moved to Waltham where she graduated from Waltham High School in 1943. She then earned her bachelor's degree from the Massachusetts College of Art in Boston.

After graduating she began her teaching career in Wrentham and after her children were grown returned to the classroom as an art teacher with the Needham public schools. Alice always had a flair for art, fashion and design and during her high school and college years was a 'window dresser' for Sears, Roebuck & Co., and for Grover Cronin's on Moody Street where passersby enjoyed her talents in the windows.

She was also a master seamstress whose expertise benefited family, friends and neighbors. Alice was also a longtime member of Christ Church on Main Street.

Alice was also a proud member of the Daughters of the American Revolution. As a descendent of General John Stark of New Hampshire her family roots run deep in American history. A hero of the Revolution and one of the earliest patriots he penned a letter to his troops long after the end of the war that famously included what became the motto of his native state . . . 'Live Free, or Die'.

She was the beloved wife of the late Alphonse R. Mula and is survived by her daughters, Jeanne M. Nocera (Joseph) of Waltham and Nancy M. Kennison of Stow; her grandchildren, Corey Nocera, Nicole Nocera, Kyle Nocera (Amanda McNamara), Mariel Robertson (Adam) and Linnea Kennison and many nieces, nephews and their families.

Alice was also a sister of the late Frank L. Dow and Harriet Bishop.

Memorial donations may be made to Christ Church, 750 Main Street, Waltham, MA 02451.
To order memorial trees or send flowers to the family in memory of Maude Alice (Dow) Mula, please visit our flower store.