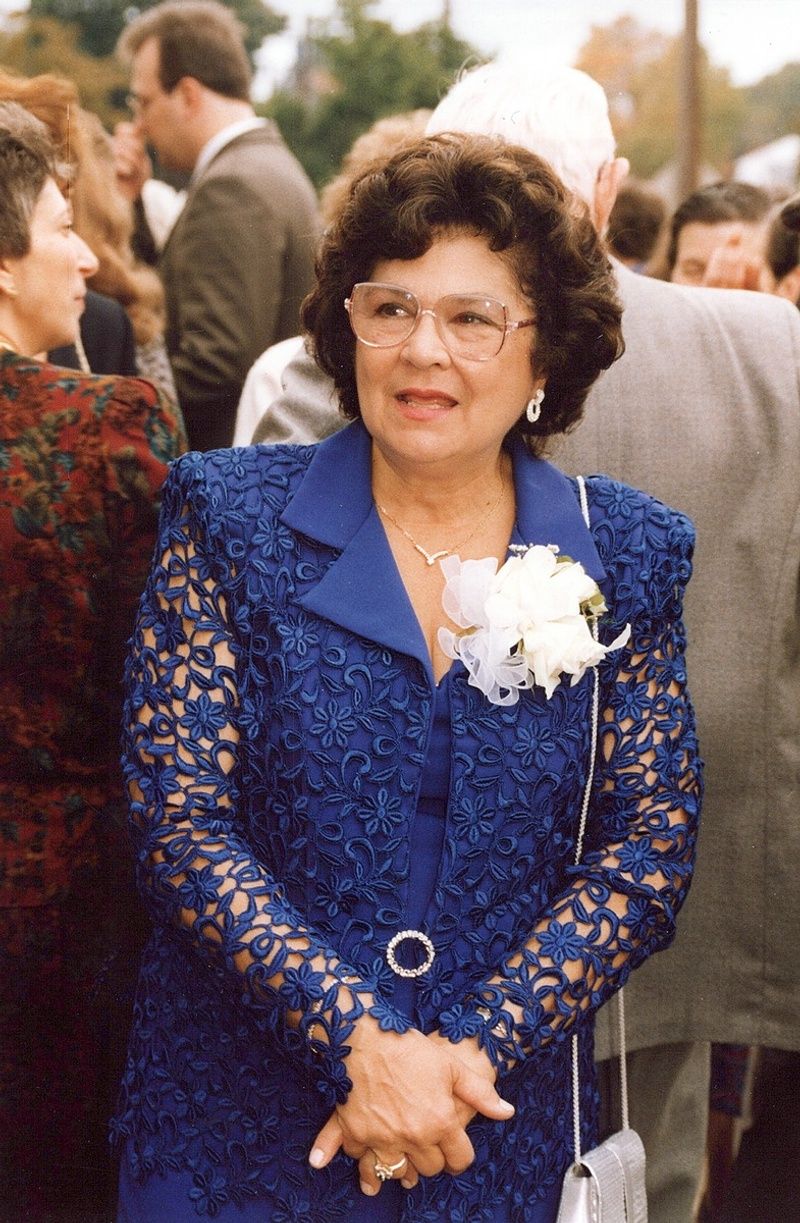 Wellesley – Mrs. Mary A. (Ciccolo) Mirabile, of Wellesley, formerly of Hopkinton and Waltham, died Friday, November 5, 2021 at the Elizabeth Seton Residence in Wellesley following a period of declining health. She was 93.

Mary was born in Boston on June 10, 1928, a daughter of the late Angelo and Caterina (Bombaci) Ciccolo. A graduate of Boston Girls' High School, she went to work in the accounting department of Jordan Marsh in downtown Boston. After dedicating herself to raising her four children, she went back to work for the U.S. Army Corps of Engineers in Waltham until her retirement in 1994.

Following her marriage to Nicolo (Nick) Mirabile the couple settled in Waltham where they quickly became staples of the community. Mary was deeply committed to her children's lives and was very active in several organizational and fundraising efforts related to their activities, especially for the Warrendale Little League. She was a cherished member of the Waltham High School Wrestling Family and supported all aspects of the young and growing program. She was also a faithful communicant of Saint Jude Parish where Mary was a member of the Ladies Sodality and where she and Nick belonged to the Couples Club and were involved in the Pre-Cana Program.

Mary was a troop leader for the Cornelia Warren Girl Scouts and volunteered her time at the Espousal Center. She will long be remembered as a faithful warden on Election Day at the Warrendale School, a post she held for decades. She also served on the Board of Trustees of the Waltham Public Library.

Mary never let her hands or mind remain idle for too long; she was well-known for her beautiful award-winning roses and was a proud member of the American Rose Society. She also loved making hand-sewn dresses and decorating cakes for every possible occasion.

In addition to her husband, Nick, she was predeceased by her sister, the late Alice Szczukowski.

Family and friends will honor and remember Mary's life by gathering for calling hours in The Joyce Funeral Home, 245 Main Street (Rte. 20), Waltham on Thursday, November 11th from 4 to 8 p.m. and again at 10 a.m. on Friday morning before leaving in procession to Saint Jude Church, 147 Main Street, Waltham where her Funeral Mass will be celebrated at 11 a.m. Burial will be in Newton Cemetery.
To order memorial trees or send flowers to the family in memory of Mary A. (Ciccolo) Mirabile, please visit our flower store.