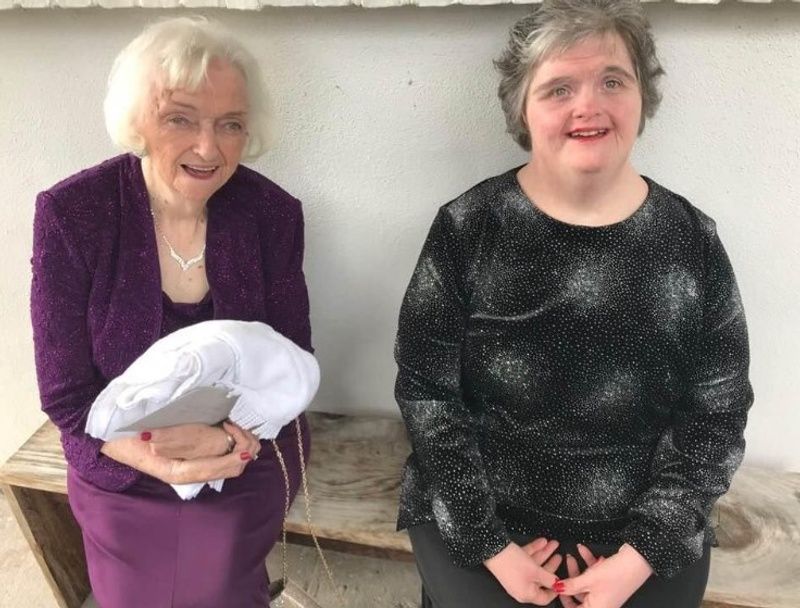 Maisie was born and raised on Cape Breton Island in Nova Scotia, Canada, and was a daughter of the late Francis and Bessie (MacIsaac) MacIntyre. Every summer she looked forward to the family vacation on Cape Breton Island and teaching her children about the island and all of its traditions. At the last family reunion fifty-one cousins enjoyed hearing her lively and vivid stories about growing up and learning new things about their family.

The most important thing in her life was family first. She managed to successfully raise seven children and at times that was not always easy. She spent almost 30 years raising children. After she raised five children she was surprised to find out she was expecting twins. Luckily the older children were a huge help in raising them. With a husband working two jobs to support the family a lot of the responsibility belonged to her. Whether it was making dinner, doing laundry, helping with homework . . . she did it all.

Maisie was a proud grandmother and enjoyed spoiling all of them. She never missed an opportunity to cheer them on at a game, bake cookies or attend a school event. Every time they came for a visit the kids left with a special treat. She would always be willing to act silly with them to get a good laugh, that included letting them dress her up, do her hair and makeup and she even had a piñata at her 82nd birthday because the kids thought it was a great idea. She had a fierce swing. She took great pride in being a great-grandmother and recently welcomed her fourth great-grandchild and she was overjoyed.

She was a spiritual warrior, a Eucharistic minister and delivered communion to the sick and elderly at home. As a longtime member of Saint Bernard's Parish in West Newton she was also on the bereavement team and took great pride in making the funeral as personal as can be and was a huge support to grieving families. She attended Mass daily until her health declined. Thereafter she continued watching Mass daily on television.

She had many friends who referred to her as 'Amazing Maisie'. The grandchildren will always remember her parting words each evening before going to bed, "sleep with the angels".

Family and friends will honor and remember Maisie's life by gathering for calling hours in The Joyce Funeral Home, 245 Main Street (Rte. 20), Waltham on Tuesday, December 28th from 4 to 8 p.m. and again at 9 a.m. on Wednesday morning before leaving in procession to Saint Bernard's Church, 1523 Washington Street, West Newton where her Funeral Mass will be celebrated at 10 a.m. Burial will be in Newton Cemetery.

Those wishing to view Maisie's Funeral Mass may do so via this link on Wednesday at 10 a.m.: https://my.gather.app/remember/mary-maclellan

Memorial donations may be made to Corpus Christi | Saint Bernard Parish, 1523 Washington Street, West Newton, MA 02465.
To order memorial trees or send flowers to the family in memory of Mary A. "Maisie" (MacIntyre) MacLellan, please visit our flower store.