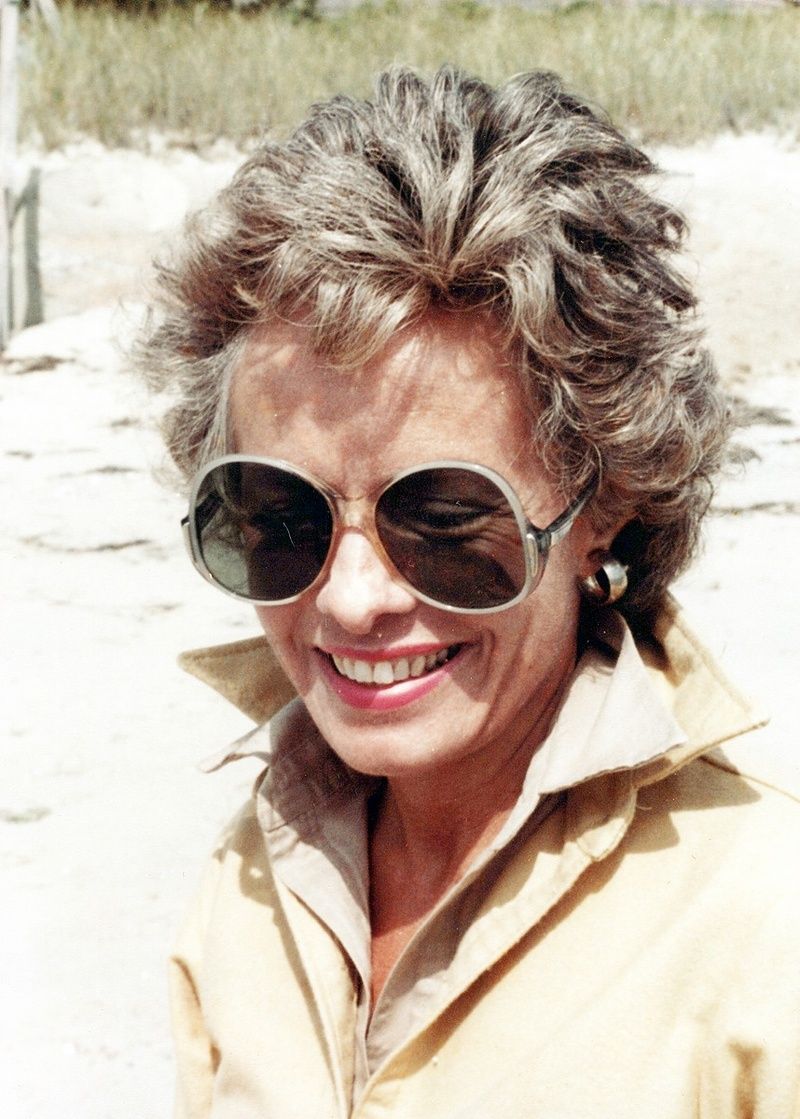 Mary Elizabeth (Iverson) Anderson passed away peacefully on Wednesday, October 27th at her home in Weston, Massachusetts, surrounded by loved ones. She was 90 years old. Mary is survived by her husband, Gerald E. Anderson, and children Todd (and Lynn) Anderson of Hingham, MA, Tim (and Sue) Anderson of Vienna, VA and Kristin (and Bill) May of Palm Desert, CA; grandchildren Tyler, Lauren, Gillian, Erin and Melissa Anderson; and numerous nieces and nephews.

Fondly known as "Little Boppa" by her grandchildren, Mary lived a long and full life marked by her extraordinary intelligence, kindness, and generosity, and in which family came first. Mary was born on March 8, 1931, in St. Paul, Minnesota, and is predeceased by her parents Mamie and Harry Iverson, and her beloved brother Harry, as well as her grandson Josh. Some of her most cherished childhood memories were with her brother, sneaking ice cream sodas from their father's pharmacy and spending summers on Lake Minnetonka.

Mary graduated from Gustavus Adolphus in Saint Peter, Minnesota with a BA in social work. After graduation in 1952, Mary spent a year working as a social worker in Saint Paul. Mary was very proud of her time as a social worker and would talk about how it was one of the hardest but most rewarding experiences of her life. Mary left social work when she and Gerry were married in 1955.

Just a few days after their first anniversary, Mary gave birth to their first child, Todd, and began her new role as a devoted mother. Mary and Gerry would spend the next 9 years in Edina, Minnesota, with Mary raising the three children, adding Tim, born in early 1960, and Kristin in 1963, while Gerry traveled throughout the upper Midwest for work. In early 1966, Gerry took a new job with a utility company in eastern Massachusetts, and they made the big move away from their expansive extended family in Minnesota, settling in Carlisle. Mary and Gerry would remain in Massachusetts for the remainder of Mary's life, moving to Centerville on Cape Cod in 1979, and to Weston in 2013.

In 1972, Mary suffered a skiing accident that would alter the course of her life, as she would struggle with uninterrupted and severe back and leg pain for the next five decades. This was the most significant of dozens of health issues Mary faced throughout her life, yet throughout these various challenges she was a steadfast warrior, occasionally bending but never breaking in the face of pain and suffering. Perhaps the best measure of Mary's perseverance and grace was the reaction of so many friends and family members after seeing or visiting with her, expressing their amazement at her consistently wonderful appearance – which she worked tirelessly to maintain.

One year after Mary's accident Gerry was promoted to CEO of his company, a position he would hold for 18 years, adding corporate spouse to Mary's list of responsibilities. She responded to this new role in customary fashion, with grace and determination. Mary enjoyed being at Gerry's side for dinners and travel to distant meetings when her health would allow.

Mary and Gerry had the opportunity to relocate to Cape Cod in 1979, and moved to Aalsmeer in Centerville, a 1719 home with a beautiful view of the Centerville River, Long Beach and Nantucket Sound beyond. Mary loved Aalsmeer, where she was able to display and add to her collection of antiques, and where her pride and joy were the beautiful gardens she was able to see from her bedroom each day. Gerry installed an indoor lap pool and hot tub in the hope that Mary would be able to use them to help manage her back pain. This objective may not have been fully realized, but the pool house provided many hours of enjoyment for the grandchildren who began to appear on the scene in 1985. Family gathered in Centerville for holidays and summer reunions, times when Mary was truly in her element, orchestrating meals and doing her best to ensure that everyone enjoyed themselves – especially happy when surrounded by family.

As the years advanced, Mary and Gerry eventually decided it was time to move closer to her Boston doctors, so in 2013 they relocated to a free-standing condominium home built to their specifications in Weston. Thereafter, each summer until this year, they traveled to a rented Cape house to be with family, keeping the tradition of Cape summer gatherings alive. They spent their final years together in quiet simplicity in their Weston home.