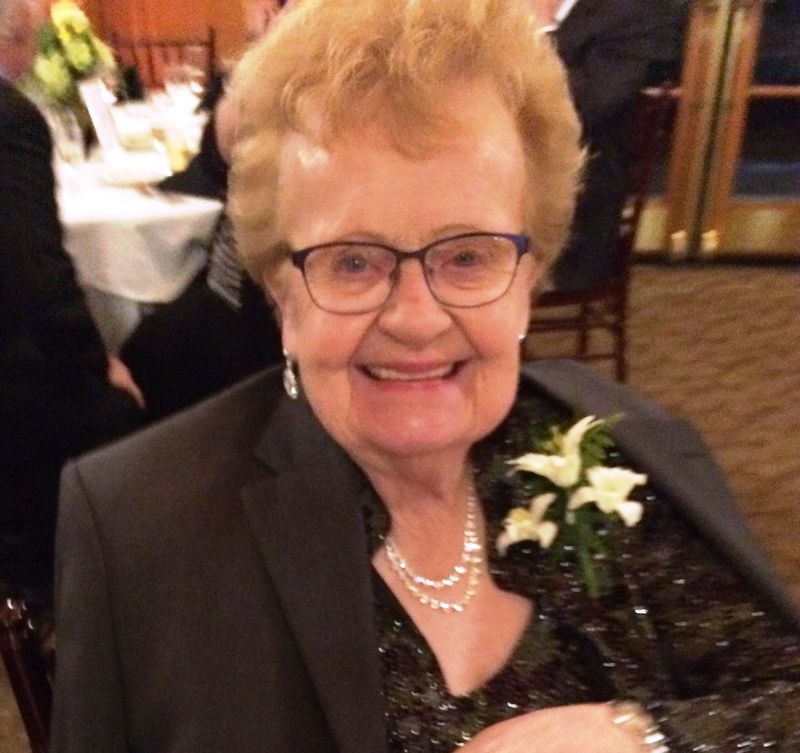 Peg was born in Waltham on July 21, 1928 to the late Alphonsus J. and Helen G. (Drew) Forster. She was a graduate of Saint Mary's High School in Waltham and until her retirement worked for WIC Insurance in Waltham. Before that she helped to open the Waltham Hospital Credit Union where she'd worked for several years.

In 1955 she married Ed Logue and the pair made Waltham their lifelong home.

Of all of the wonderful things life had given her, among her favorite was the gift of her children, grandchildren and great-grandchildren. She will be remembered for the affectionate nickname she called her loved ones and friends . . . 'Dolly' . . . and always welcomed visits with a hug and a radiant smile.

Peg was the consummate cheerleader and supporter for all of the important events in the lives her family . . . whether it was at the football field, at plays and shows at school, or at the shack at Nipper Maher.

Family and friends will honor and remember Peg's life by gathering for calling hours in The Joyce Funeral Home, 245 Main Street (Rte. 20), Waltham on Thursday, March 12th from 4 to 8 p.m. and again at 9 a.m. on Friday morning before leaving in procession to Our Lady Comforter of the Afflicted Church, 880 Trapelo Road, Waltham where her Funeral Mass will be celebrated at 10 a.m. Burial will be in Calvary Cemetery, Waltham.
To order memorial trees or send flowers to the family in memory of Margaret M. (Forster) Logue, please visit our flower store.