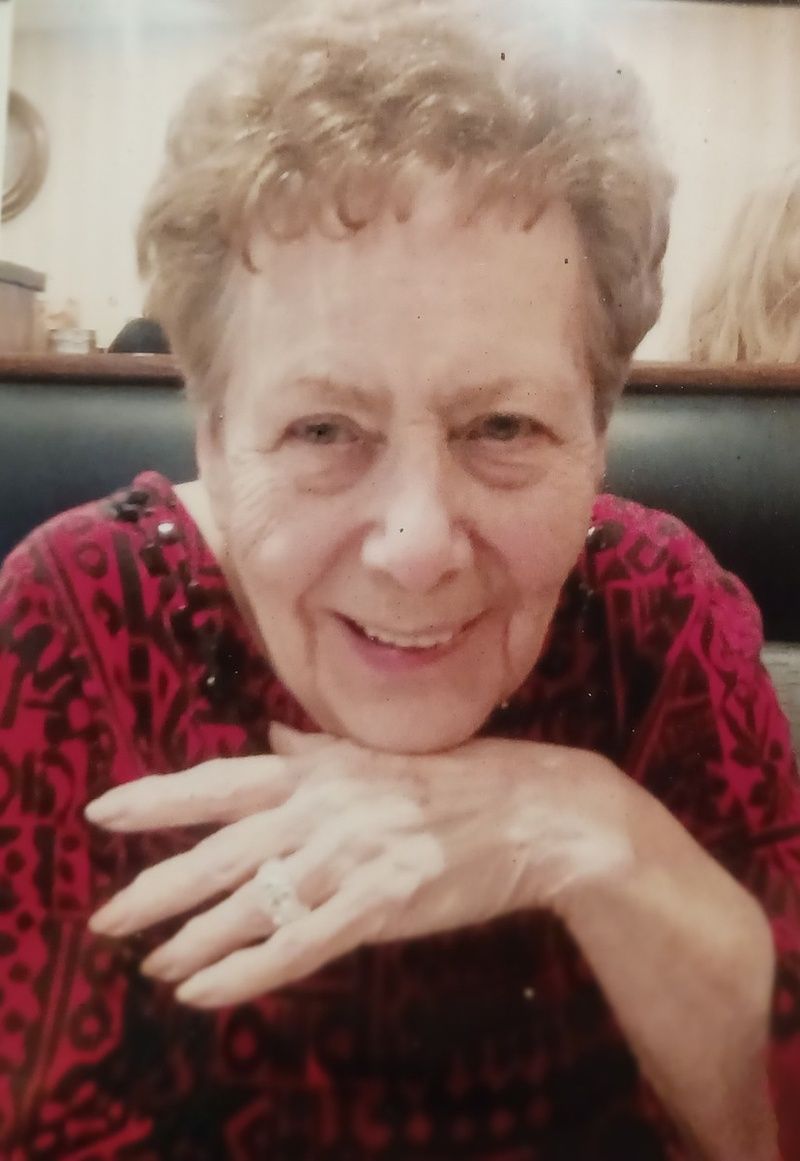 Lea Giardina believed one of the best medicines to maneuver through her ninety-three years was laughter. For all who knew her she was the consummate jokester and always had a riddle or two to share and her sense of humor is what endeared her to all of her family and friends.

Lea Mary Arsenault was born April 19, 1929 in Waltham, a daughter of the late Alfred and Bella (Cormier) Arsenault. A lifelong resident of Waltham and a graduate of Waltham High School she wed her beloved husband Stephen S. Giardina in St Joseph's Church in Waltham on June 19th, 1949. They were married for 56 years until the passing of Stephen on June 6, 2005.

She lovingly dedicated her life to raising her six children as well as pursuing part time employment outside the home such as temp secretarial work and teaching tap dancing to children. She was a self-taught piano player and took great joy in entertaining all, as well as teaching her children and grandchildren how to play simple tunes on the piano.

Lea never lost her enthusiasm for life, sense of humor, or love of dance despite the years of progressive decline of her vision, due to macular degeneration. She was always a familiar face on the dance floor and enjoyed parties, weddings, and social events. Time spent with her family and friends, sharing good food and conversation, was something that she truly enjoyed. It is also no secret that she had a sweet tooth with a particular affection for everything chocolate.

In addition to her husband Stephen, she is predeceased by her sisters, Lorraine Aucoin and Sandra Gorgone.

Family and friends will honor and remember Lea's life by gathering for calling hours in The Joyce Funeral Home, 245 Main Street (Rte. 20), Waltham on Tuesday, August 16th from 4 to 7 p.m. and again at 9 a.m. on Wednesday morning before leaving in procession to Saint Bernard's Church, 1523 Washington Street, West Newton where her Funeral Mass will be celebrated at 10 a.m. Burial will follow in Calvary Cemetery, Waltham.

Memorial donations may be made to The Perkins School, 175 North Beacon Street, Watertown, MA 02472 or www.perkins.org
To order memorial trees or send flowers to the family in memory of Lea (Arsenault) Giardina, please visit our flower store.