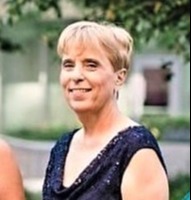 Judy was born in Waltham on February 26, 1954, a daughter of the late Edmund R. and Anne P. (Cannistraro) Joyal. Raised in Waltham, she was a 1972 graduate of Waltham High School and earned her associate’s degree from Mass Bay Community College. She had lived in Arlington and Salem for a time before returning to the city twenty-five years ago. She worked as a unit coordinator at Newton-Wellesley Hospital for more than thirty years until her retirement.

She loved spending time with her family and her closest friend, Lucy Erba, and especially looked forward to their yearly trips to York Beach, Maine where they made many happy memories.

In addition to her parents, Judy was predeceased by her brother, Kevin P. Joyal.

Family and friends will honor and remember Judy’s life by gathering for calling hours in The Joyce Funeral Home, 245 Main Street (Rte. 20), Waltham on Friday, January 20th from 4 to 7 p.m.  Burial will be private.

Memorial donations may be made in her name to the ALS Association – Massachusetts Chapter, P.O. Box 37022, Boone, Iowa 50037-0022 or by visiting www.als.org/massachusetts

To order memorial trees or send flowers to the family in memory of Judith A. (Joyal) Correia, please visit our flower store.