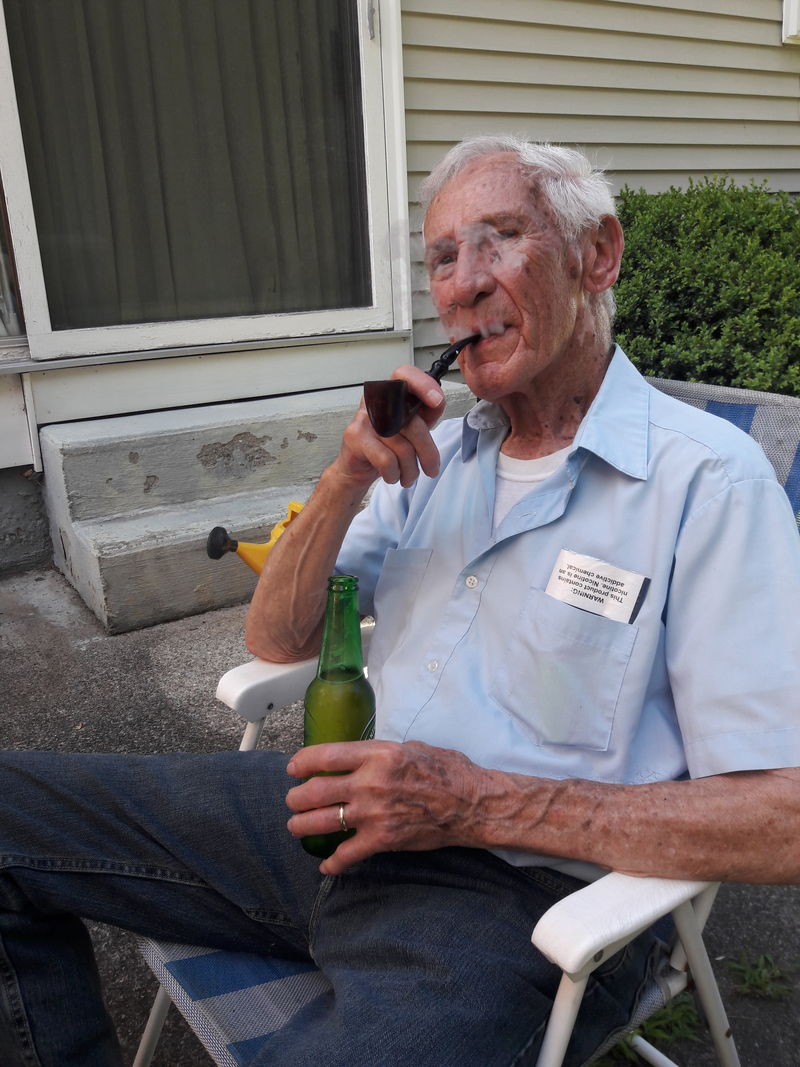 Joe was born at home during a blizzard on January 23, 1927 to the late Luther and Margaret Mary (White) Powers. He was a graduate of Waltham High School and honorably served in the United States Army during World War II. Upon his return home he earned a certificate in electronics from Northeastern University and had worked as an electronics technician for the Sylvania Corporation in Waltham and in Needham for many years until his retirement.

In 1963 the family moved to Concord where Joe and his wife Patricia raised their family. An accomplished "history-buff," he was a member of the Concord Minute Men and the 1797 Marine Detachment assigned to the USS Constitution, 'Old Ironsides', America's oldest war ship anchored in Boston Harbor.

He participated in countless military exercises, re-enactments and history lessons both in Concord and aboard ship. His depth of knowledge about America's earliest years was voluminous and he had a knack for bringing that rich history to life.

He spent many happy summers with his family in Rockport and in York, Maine. Joe was a very humble man and appreciated the sweet melodies of live music and being around those he loved and those that loved him back. He also loved animals and would never hesitate to help anyone in need. A 'father figure' to many, his absence will be greatly felt.

In addition to his parents he is reunited in Heaven with his beloved wife, Patricia M. (Rooney), and his brother and sisters, Francis Powers, Esther King, and Patricia Powers.

Joe's Funeral Mass and burial will be private.

In lieu of flowers, memorial donations may be made to Honor Flight New England, 193 Londonderry Turnpike, Unit 4, Hooksett, New Hampshire 03101.
To order memorial trees or send flowers to the family in memory of Joseph E. Powers, please visit our flower store.