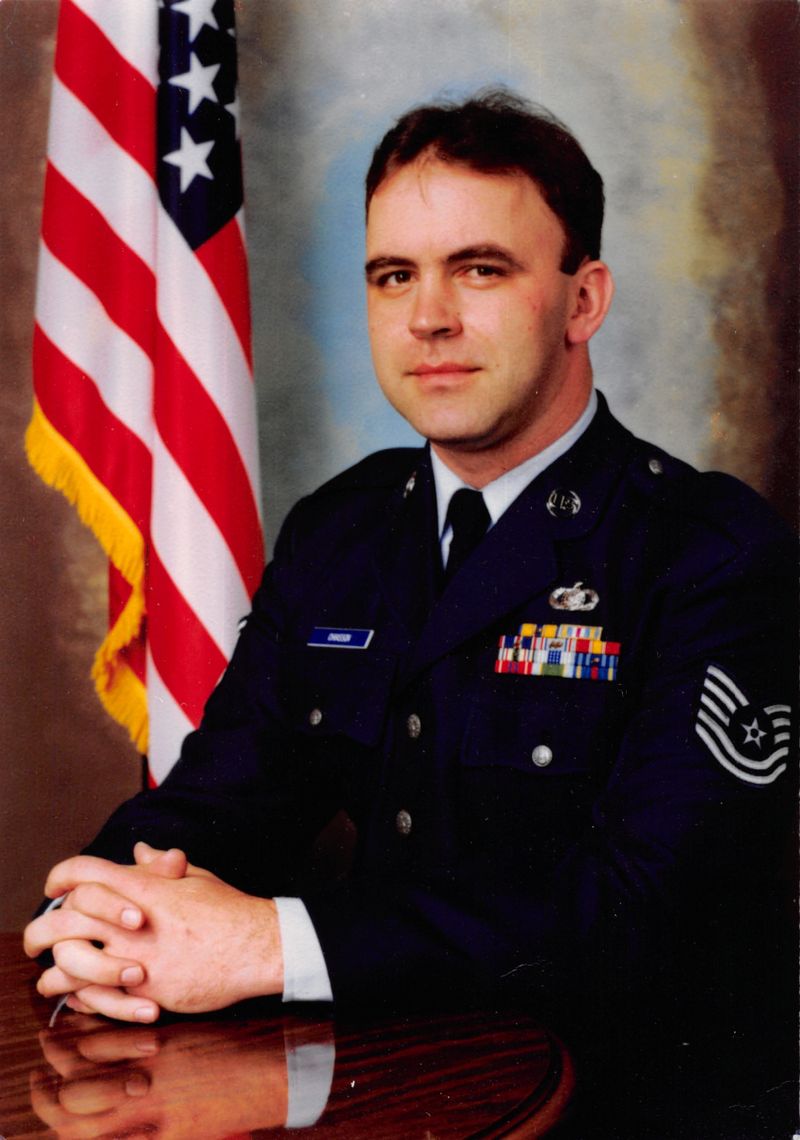 John was one of five children born to Helen L. (LeBlanc) Chiasson and the late John M. Chiasson, Sr.

Born and raised in Waltham, he graduated from Waltham High School with the Class of 1976. He later went on to attend Northeastern University in Boston before joining the United States Air Force. During his impressive 20 year career he was stationed near and far --- from Florida to Germany to Korea. He was a veteran of the Gulf War. Retiring as a Master Sergeant, he settled in New Hampshire where he worked for FedEx for over ten years.

John enjoyed listening to classic rock music and never missed a New England Patriots game. He was known for his quiet demeanor, sense of humor and thoughtful nature. He will be dearly missed and forever loved by all who knew him.

In addition to his mother, Helen, he leaves his brothers and sister, Joseph M. Chiasson (Arlene Crowley) of Beacon Falls, Connecticut, Thomas P. Chiasson of Waltham, Laura A. Tieri (Robert) of Woburn and Paul D. Chiasson (Kathleen) of Bethel, Maine; his niece and nephews, Kara, Mark, Matthew and Jake Chiasson and his longtime companion, Kim Bowse.

Family and friends will honor and remember John's life by gathering for calling hours in The Joyce Funeral Home, 245 Main Street (Rte. 20), Waltham on Monday, February 3rd from 4 to 8 p.m. and again at 9 a.m. on Tuesday morning before leaving in procession to Our Lady Comforter of the Afflicted Church, 880 Trapelo Road, Waltham where his Funeral Mass will be celebrated at 10 a.m. Burial will be private.

Memorial donations may be made to VFW Post 8641, 282 Daniel Webster Hwy, Merrimack, NH 03054.
To order memorial trees or send flowers to the family in memory of John M. Chiasson, please visit our flower store.