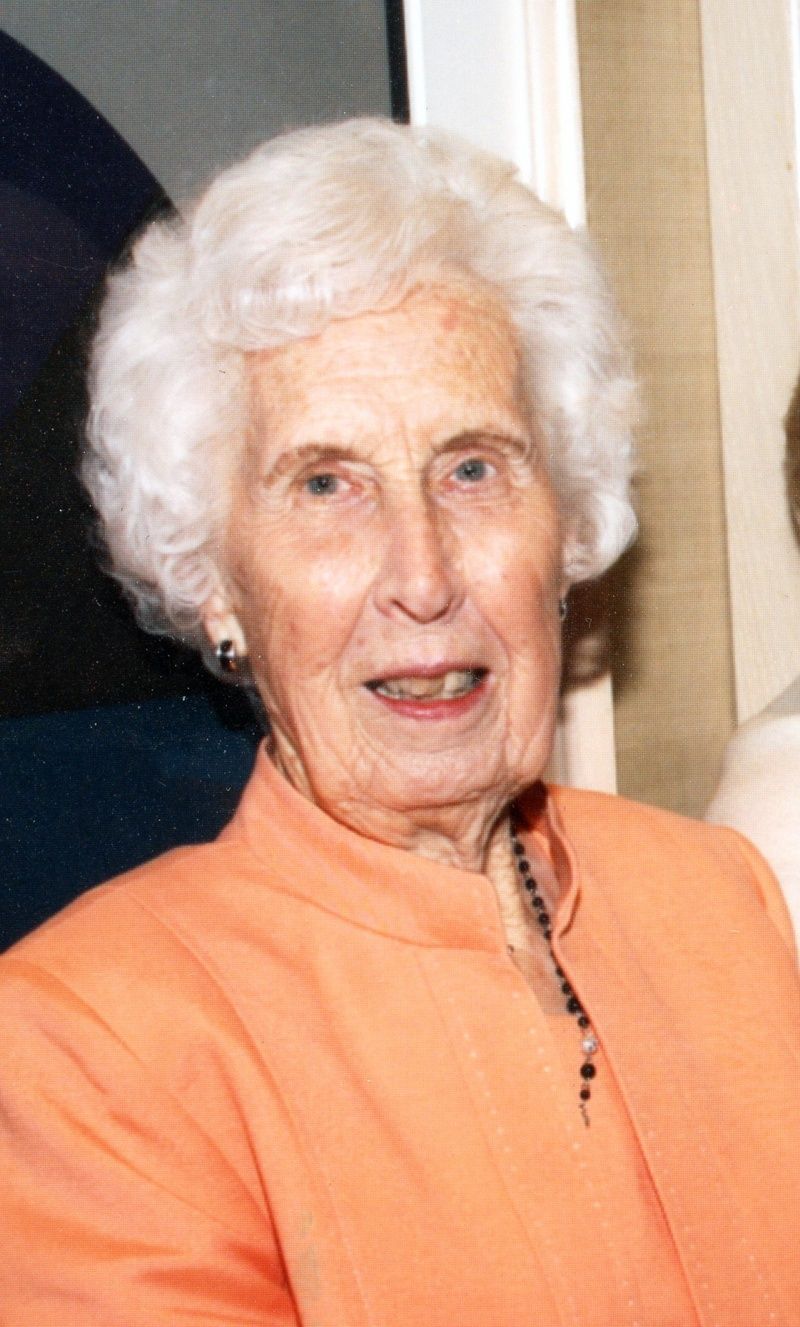 Jean was born August 22, 1919 in Rochester, Michigan, a daughter of the late John H. and Louise (Ebeling) Peters. A graduate of Rochester High School she then joined the U.S. Coast Guard (SPAR) and served during World War II. Jean later earned an Associate degree from Bentley University in 1950 under the GI Bill. She was a member of Bentley Blue and Gold and recalled seeing the founding president, Harry Bentley, in the hallways.

She married William A. Lorenzen on August 23, 1952 in Saint Peter's Church in Cambridge. Married for seventeen years, Bill died on November 17, 1969.

Jean reentered the workforce after Bill's death as she raised her three children. She was an accountant for General Electric and then later a teller at Guarantee Bank & Trust Company in its Main Street location in Waltham. While a teller at the bank she recalled to family the day she was held at gun point during a bank heist.

Jean was active in various groups her children participated in while growing up in Waltham. She was a warden at the polls in Waltham during each election and enjoyed friendships at both the North and South Side Waltham Senior Groups. She and her family enjoyed summers at their cottage on Lake Winnipesaukee in New Hampshire. She loved to travel, spend time quilting, playing bridge with her neighbors and scrabble with friends. She had a passion and talent for Tole painting.

In addition to her husband, Bill she is predeceased by her sisters, Bernita Berry and Noreen Ballentine.

Family and friends will honor and remember Jean's life by gathering for calling hours on Tuesday, January 7th from 4 to 7 p.m. in The Joyce Funeral Home, 245 Main Street (Rte. 20), Waltham and again on Wednesday morning where funeral service will be held at 11 a.m. Burial with military honors will follow in Holy Cross Cemetery, Malden.