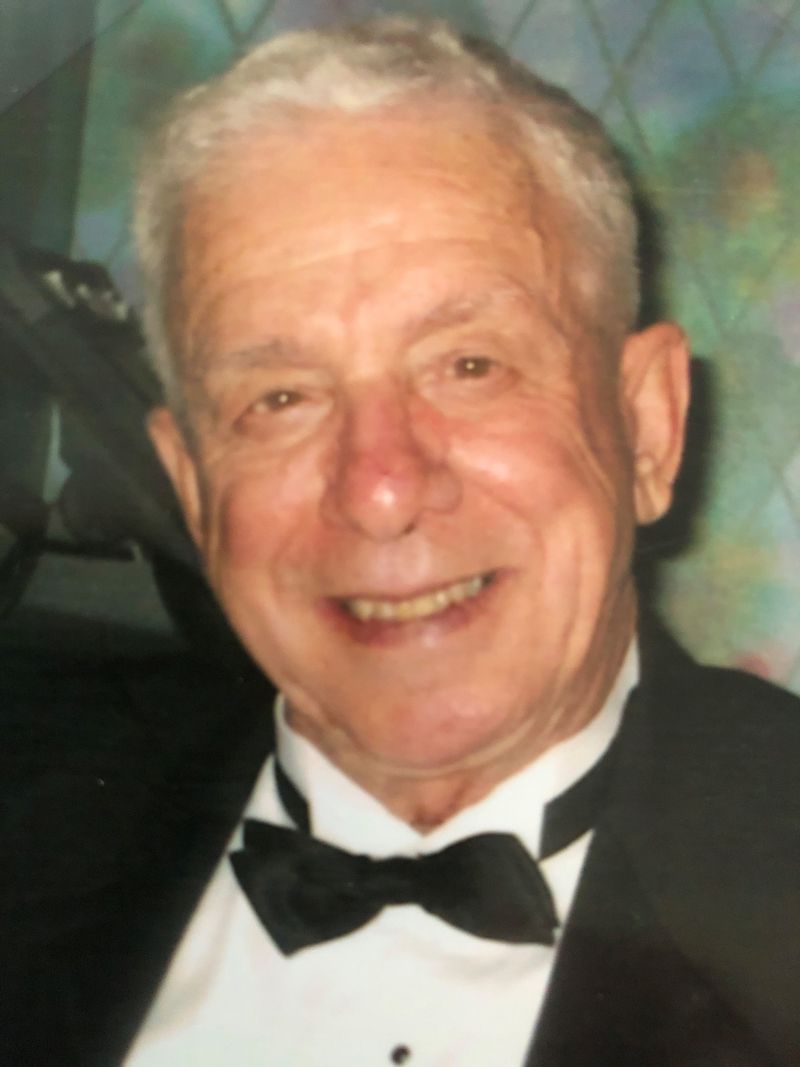 James M. Casella, 93, passed away on Thursday August 6, 2020 at his home in Waltham surrounded by his loving family. He was the beloved husband of 53 years to his wife Santa (Ingegneri) Casella.

Mr. Casella was the son of the late Salvatore and Concetta (Manero) Casella. He was born, raised, educated, and lived his entire life in Waltham. Jim was a World War II veteran and served in the U.S. Army. He served in Germany in the Army of Occupation. He was honorably discharged in May of 1947.

He built his home in Waltham where he has lived since 1966. Jim enjoyed spending time with his family at his camp at Baxter Lake in Rochester, New Hampshire. He loved nothing more than sitting by a roaring fire, playing cards, and going for a golf cart ride to the beach. He was extremely handy and always willing to help anyone. He always seemed to have just the right tool necessary for any odd job or item that needed fixing. He and Sandy took trips to California, Florida, Italy, Bermuda, and several cruises. Jim was a devout Catholic and was a long time member of Our Lady's Parish in Waltham.

Family and friends will gather to honor and remember Jim's life on Friday, August 14th in Our Lady Comforter of the Afflicted Church, 880 Trapelo Road, Waltham where his Funeral Mass will be celebrated at 11:00 a.m. Burial in Mount Feake Cemetery is private and there are no calling hours.

Others may view Jim's Funeral Mass and Military Honors by visiting https://distantlink.com/Joyce.html at 11 a.m. on Friday, August 14th.

In lieu of flowers, gifts may be made to Dana-Farber Cancer Institute, in memory of James Casella, to support cancer research and patient care at Dana-Farber Cancer Institute, P.O. Box 849168, Boston, MA 02284 or via www.jimmyfund.org/gift.
To order memorial trees or send flowers to the family in memory of James Casella, please visit our flower store.