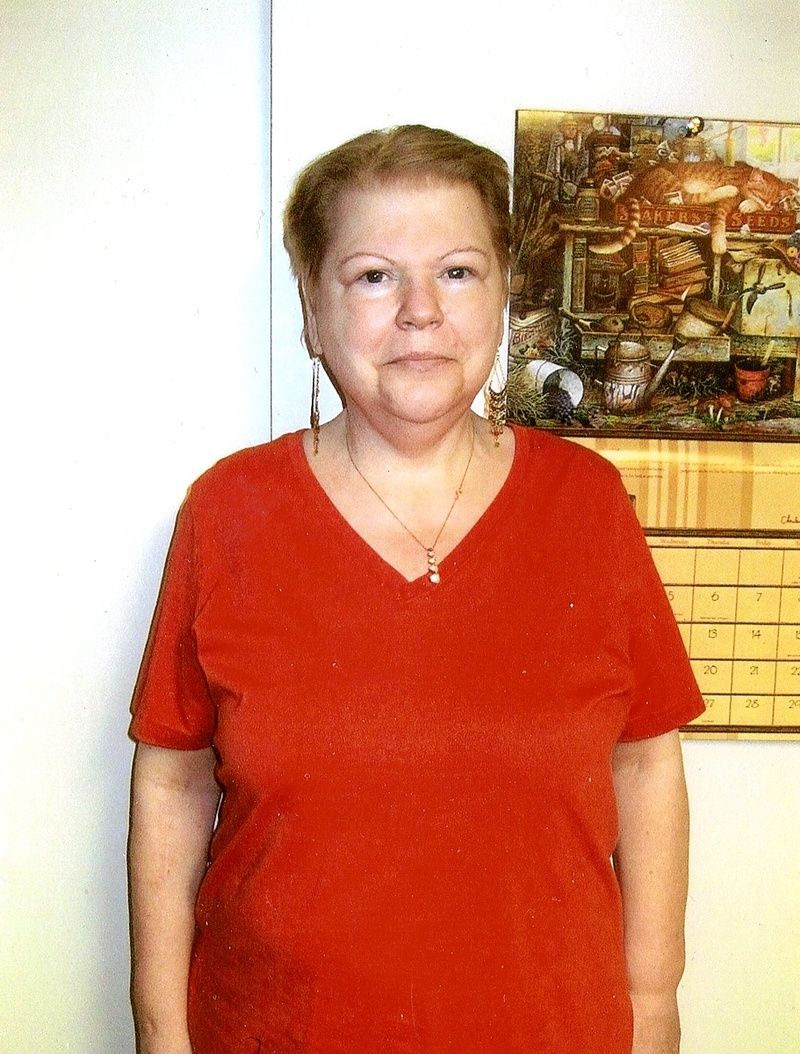 Jackie Green's home was designed the same way she lived her life: with immense warmth and love. Having a special talent and taste for design, she loved decorating and could make any space look as if it was a snapshot found in a home catalog. A woman of many gifts and talents, she was warm, kind, friendly, selfless, remarkably thoughtful and had a wonderful sense of humor to match.

Jackie was born in Moncton, New Brunswick, Canada on October 14, 1953, one of seven children born to James and Edith (Gallant) Gahan. Raised in Waltham, she was a graduate of Waltham High School with the Class of 1971. She held various administrative positions until her retirement. One of her happiest days came on April 3, 1977 when she married John Colby Green in Saint Mary's Church in Waltham. The two shared over 40 happy years together until his death on May 29, 2017.

Jackie could always be found with a good book in hand, decorating (and re-decorating) her home, enjoying one of her favorite television programs, or checking in on loved ones. She had a special capacity for always asking about what was going on in the lives of others and could make a fast friend anywhere she went with her friendly attitude. She also had a love for animals and enjoyed listening to music of many genres. Of her many gifts, perhaps her greatest and most treasured talent was being a wonderful and devoted wife and mother; it truly made her heart complete.

Jackie is reunited in Heaven with her husband, John Colby Green.

Funeral Services for Jacqueline will be held at a later date.

In lieu of flowers, memorial donations may be made to the American Diabetes Association, P.O. Box 7023 Merrifield, Virginia 22116 or by vising www.diabetes.org/ways-to-give
To order memorial trees or send flowers to the family in memory of Jacqueline P. Green, please visit our flower store.