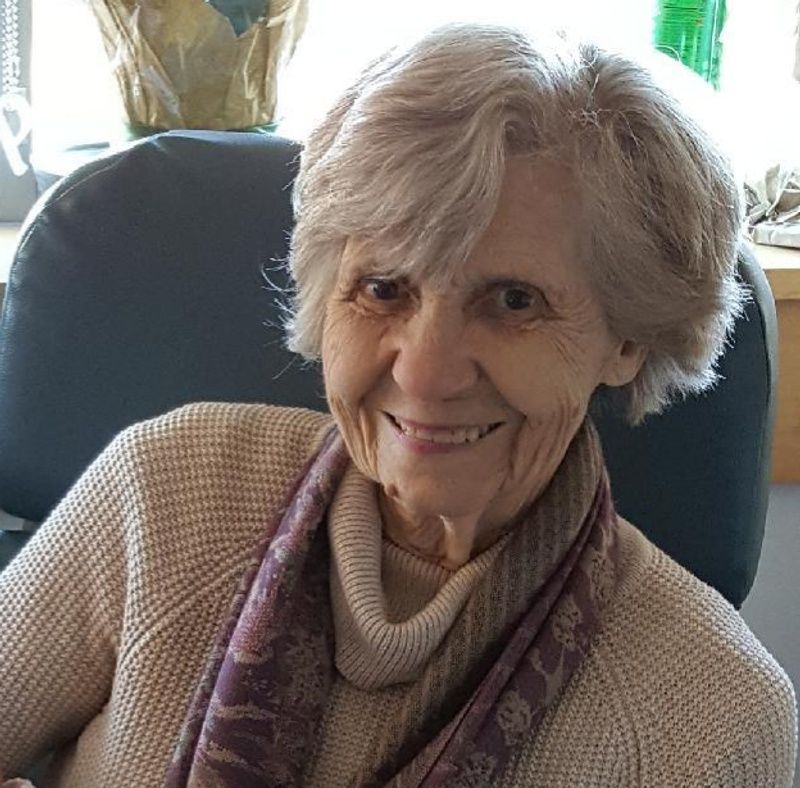 Geraldine "Gerry" Theresa (Jutras) Pratt, of Waltham, died peacefully on Tuesday, May 10th in her home. She was 93.

Gerry was born in Cambridge on October 14, 1928, the oldest daughter of the late Jeffrey and Juliette (Janelle) Jutras. A graduate of Our Lady of Pity Grammar School and High School in Cambridge, she later attended the New England Conservatory where she pursued her talent for music. An accomplished pianist, she delighted friends and family with beautiful melodies. She also worked for a time at Bethlehem Steel Co., where she was introduced to a co-worker friend's brother, Robert Pratt. They were married in Our Lady of Pity Church Cambridge on January 22, 1955.

Bob and Gerry settled in Waltham where they would raise their family. She was the epitome of grace and kindness; Gerry lived a life constantly surrounded by her children, grandchildren, and great-grandchildren. They were the true sources of her joy. She was happiest at her kitchen table with a cup of tea and her girls, the 'blah blah' sisters. After her children were grown, she worked as a cook at the Episcopal Divinity School in her native Cambridge.

In addition to her husband, Robert, she is reunited with her son, the late John Pratt, her daughter-in-law, Joyce (Walsh) Pratt, her son-in-law, Steve Thompson, her brother, Paul Jutras, and her brother-in-law, Bill Coleman.

Family and friends will honor and remember Gerry's life by gathering for calling hours in The Joyce Funeral Home, 245 Main Street (Rte. 20), Waltham, on Sunday, May 15th from 2 to 5 p.m. and again on Monday morning at 9 a.m. before leaving in procession to Saint Luke's Parish, 132 Lexington Street, Belmont, where her Funeral Mass will be celebrated at 10 a.m. Burial will follow in Mount Auburn Cemetery, Cambridge.

Memorial donations may be made to the ALS Association Massachusetts Chapter, 685 Canton Street, Suite 103, Norwood, Massachusetts 02062 or by visiting als.org/donate
To order memorial trees or send flowers to the family in memory of Geraldine T. Pratt, please visit our flower store.