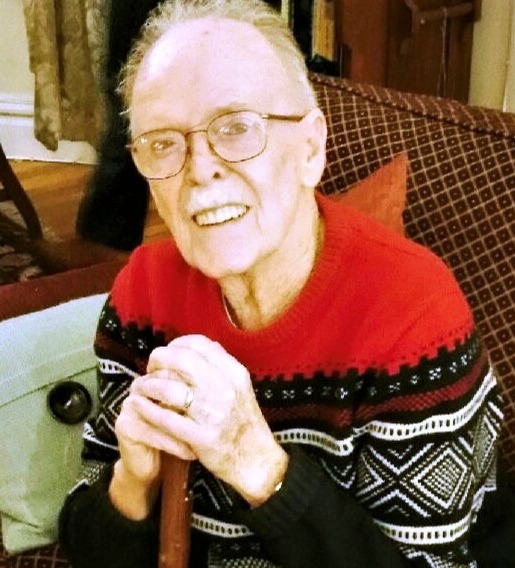 West Newton – Mr. George P. McCormack, of West Newton, formerly of Brighton, died Tuesday, January 3, 2023 in his home surrounded by his family. He was 93.

George was born in Brighton on July 24, 1929, a son of the late Bernard and Marguerite (Murphy) McCormack. Raised in Allston, he was a graduate of Brighton High School and served in the United States Air Force during the Korean War. Following his return home from the service he had a long and successful career at Hood Rubber Company and at Doble Engineering, both in Watertown.

George was a parishioner of the former Our Lady of Presentation Church in Brighton prior to its closing. He was a music enthusiast and had a talent that was heard and loved by the community. He loved entertaining at parish events and beyond, delighting guests with his singing voice. He also loved woodworking and spent many happy summer vacations on Cape Cod.

He was a member of the Elks Club in Brighton Center and the Knights of Columbus in his earlier years.

In addition to his wife, Mary Lou (Carey) McCormack, he is reunited in Heaven with his son, the late Michael McCormack, and his siblings, John, Bernard, Robert, Joseph, Francis McCormack and Anne Cotter.

Family and friends will honor and remember George’s life by gathering for calling hours in The Joyce Funeral Home, 245 Main Street (Rte. 20), Waltham, on Friday, January 13th from 4 to 8 p.m. and again at 10 a.m. on Saturday morning before leaving in procession to Saint Anthony of Padua Church, 43 Holton Street, Allston where his funeral Mass will be celebrated at 11 a.m. Burial will be held privately in Massachusetts National Cemetery in Bourne.

The live broadcast (and recording) of George's funeral Mass will be available at https://my.gather.app/remember/george-mccormack on Saturday morning beginning at 11 a.m.

To order memorial trees or send flowers to the family in memory of George P. McCormack, please visit our flower store.