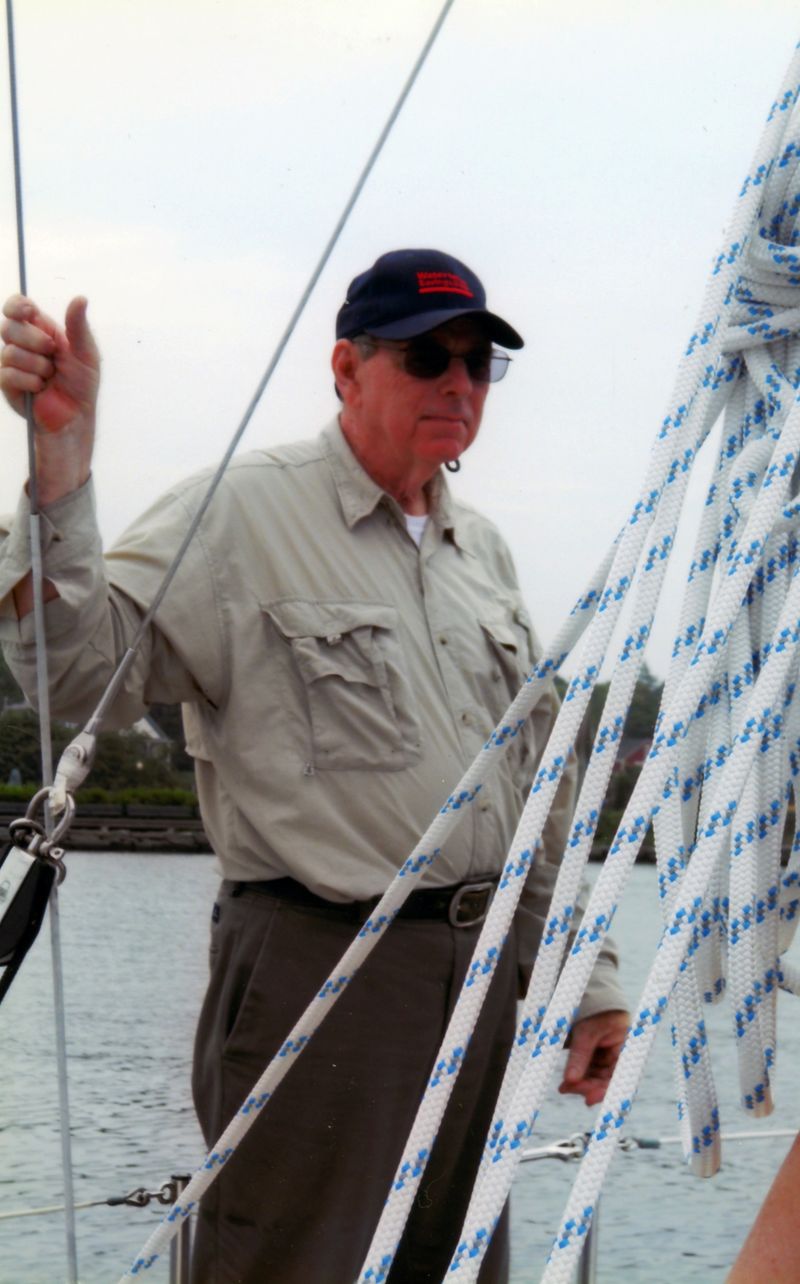 Wayland – Mr. Frederic H. Robinson, of Wayland, formerly of Waltham died Monday, December 30, 2019 at Emerson Hospital in Concord following a period of declining health. He was 79.

Fred was born in Waltham on January 15, 1940, the son of the late James F. and Elizabeth 'Jane' (Houghton) Robinson. He was a lifelong resident before moving to Wayland thirty six years ago.

A 1959 graduate of Belmont Hill School, he earned a degree in Economics from Saint Lawrence University in Canton, New York. In college Fred belonged to the Army ROTC program and captained the rifle team. After graduating he served with the United States Army as an artillery officer in Germany during the Vietnam War.

After his discharge from the service in 1966 Fred joined the family business, J.F. & F.I Robinson Insurance on Moody Street, a firm established in 1884, and served as the company's president until his retirement.

Fred real passions were sailing and photography. He and his wife, Joyce, created many happy memories sailing the open seas from their port in Bristol, Rhode Island.

He leaves his wife, Joyce C. (Werren) Robinson and his sister, Elizabeth J. 'Betsy' Bateman and her husband, Richard, of Waltham.

Family and friends will honor and remember Fred's life by gathering for calling hours in The Joyce Funeral Home, 245 Main Street (Rte. 20), Waltham on Monday, January 6th from 4 to 7 p.m. Funeral services will be private.

Memorial donations may be made to the Angel Fund, c/o Jos. Warren-Soley Lodge, A.F.&A.M., P.O. Box 4, Lincoln MA 01773-0004.
To order memorial trees or send flowers to the family in memory of Frederic H. Robinson, please visit our flower store.