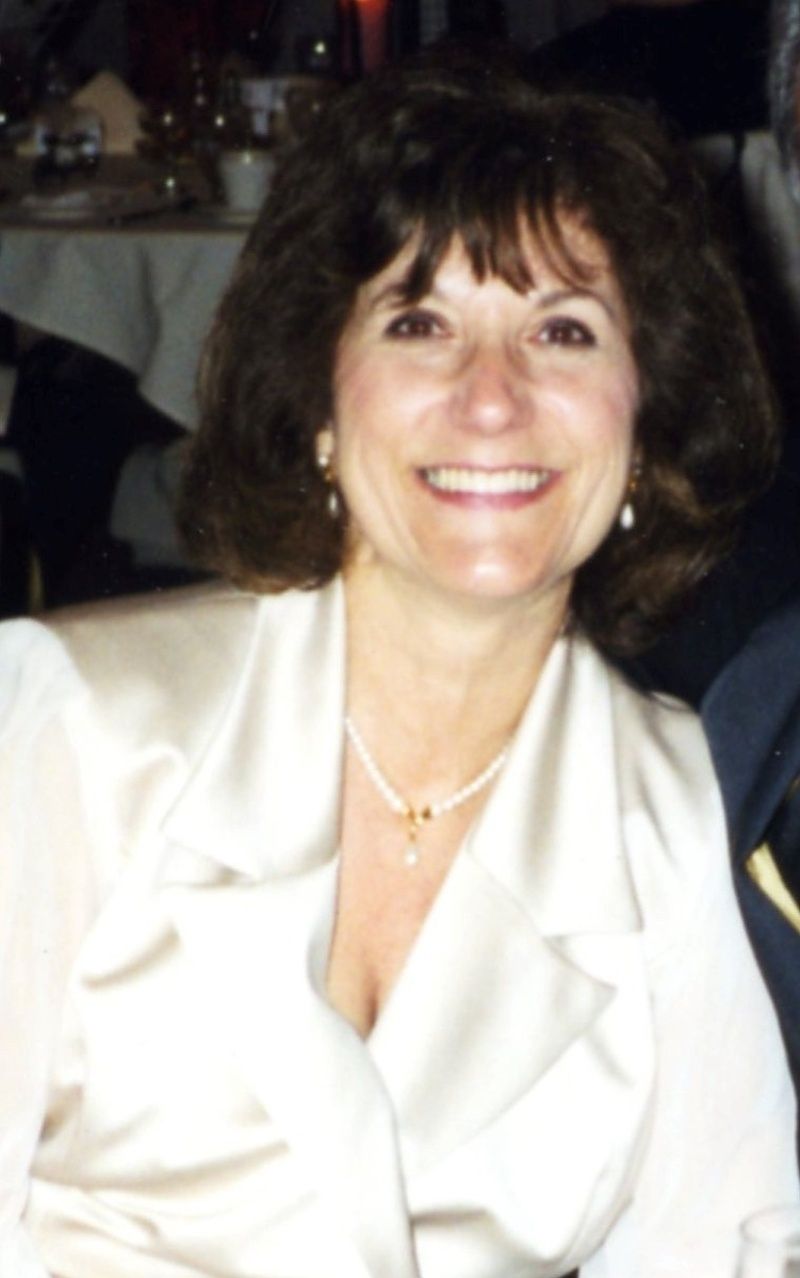 Ethel Goyette always looked beautiful. She would never dream of leaving the house without make up on and her hair perfectly coiffed (a trait that neither daughter inherited). Ethel chatted daily with her sister and best friend, Kay and looked forward to treating her family to dinners out. She retired from the US Army Corp of Engineers after over thirty years of service, but it was the title of YiaYia (grandmother in Greek) to her seven grandchildren, that she most enjoyed and was most proud of.

Born on February 16, 1945 in Boston she was a daughter to the late Greek immigrants John and Artemis (Caraphilakis) Kermetzoglou. A graduate of Somerville High School at age eighteen she began working as a secretary at the U.S. Naval Shipyard in Charlestown. After taking some time off to raise her family she went back to work for the Army Corp of Engineers where she retired as an operations analyst in 2005 to spend more time with family. Ethel was a dedicated wife, mother, grandmother and friend to all who knew her. Although she preferred the warmth and comfort of Rachel's dance recitals, Ethel was the ultimate "Hockey Mom" to Dee and her friends.

On July 28, 1985 she married the love of her life, Ray Edward Goyette. They made Waltham their home for over 14 years. During that time they enjoyed road trips in their signature RV and Saturday nights out dancing with friends. They relocated to Bourne on Cape Cod in 1999. Once on the Cape, Ethel and Ray could be found at the Trading Post Friday nights with friends. They sold the motor home when they moved but continued their adventures and travels. In 2001 they traveled to China with Stephen and Marybeth to meet their granddaughter Kaylee. Ethel would call this the ultimate act of love as the only thing she feared more than flying was flying over water. Ethel put aside her fear of flying after her grandchildren were born and she and Ray would spend many winters in California visiting with Rachel and the boys. A honeymoon to Las Vegas could have been what ignited her love for casinos and trying her luck on the slot machines. Ethel would continue her trips to the casinos with Rachel and Stephen (Dee would occasionally join in). Ethel transitioned to Webster at Rye last year as her Parkinson's disease progressed. At Webster she continued to make friends and enjoy activities like Bingo even though her mobility was severely limited. Ethel loved spending the holidays with family and always prepared her specialty Greek dishes and desserts for all of us to enjoy.

Wife of the late Ray Edward Goyette she was also predeceased by her brother, Nicholas Kermet.

She leaves her children, Deanna L. Campbell (Michael) and Rachel A. Whitehead, both of Exeter, New Hampshire and Stephen W. Goyette (Hollie Moore) of Bellingham; her grandchildren, Aiden, Emerson, Hunter and Noah Whitehead, Abigail and Alexandra (Ali) Campbell, and Kaylee Goyette; her siblings, Catherine 'Kay' Vigna (Freddy) of Watertown and Spiro Kermet of Medford; her sister-in-law, Elaine Kermet of Marblehead; many nieces & nephews and great nieces and nephews.

Family and friends will honor and remember Ethel's life by gathering for calling hours in The Joyce Funeral Home, 245 Main Street (Rte. 20), Waltham on Friday, November 13th from 4 to 7 p.m. Her funeral service will be celebrated in Taxiarchae Archangels Greek Orthodox Church, 25 Bigelow Avenue, Watertown on Saturday, November 14th at 10 a.m. The Rev. Fr. Athanasios Nenes will officiate. Private burial will be Monday in the Massachusetts National Cemetery, Bourne.

In lieu of flowers memorials in her name may be made to St. Jude Children's Hospital, 262 Danny Thomas Pl, Memphis, TN 38105 or www.stjude.org.
To order memorial trees or send flowers to the family in memory of Ethel (Kermetzoglou) Goyette, please visit our flower store.