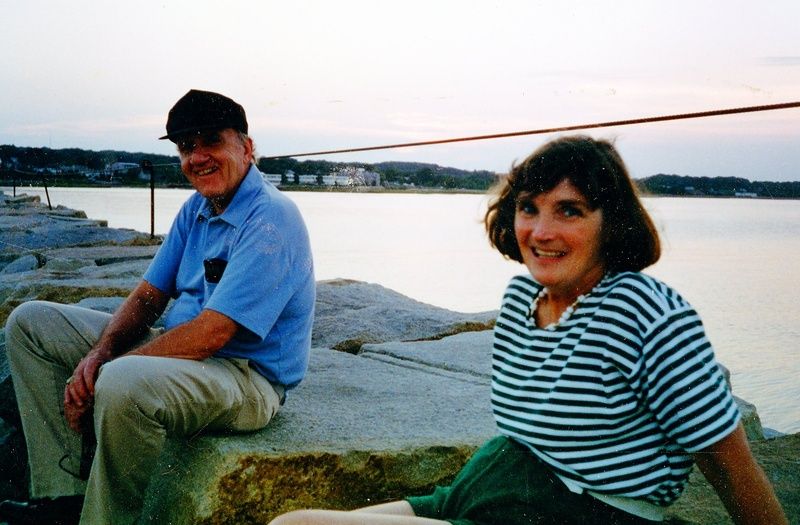 Esther was born in Cambridge on May 1, 1936, a daughter of the late John and Elizabeth (Driscoll) Teehan, and lived in Watertown for thirty-six years before moving to Waltham in 2002.

She was a 1954 graduate of Archbishop Cushing High School in South Boston and later attended Chandler School for Women. Until her retirement Esther worked for thirty-one years at Harvard University's Faculty Office. She was a member of the Harvard Retiree's Association.

She had been a longtime parishioner at Saint Patrick's Church in Watertown before her move to Waltham brought her to Saint Jude's Parish. In her younger years she was a leader and treasurer for Cub Scout Troop 202 in Watertown and was involved in various political campaigns in Democratic circles in Watertown.

Esther leaves her children, Mary A. Murphy (Douglas) of Medford, William H. McGinness, Jr. of Pacific, Washington, John T.E. McGinness, Mark A. McGinness (Chrissy), all of Watertown and Patricia M. Tierney (John) of Waltham; nine grandchildren, one great-grandchild, many nieces, nephews and their families and many lifelong friends.

She was also the sister of the late Mary E. Teehan and longtime companion of the late Joseph R. McNamara.

Family and friends will honor and remember Esther's life by gathering to visit from 8:30 to 9:30 a.m. on Saturday morning, June 4th in The Joyce Funeral Home, 245 Main Street (Rte. 20), Waltham before leaving in procession to Saint Jude Church, 147 Main Street, Waltham where her Funeral Mass will be celebrated at 10 a.m. Burial will be in North Cambridge Catholic Cemetery.

Memorial donations may be made to Beth Israel Lahey Health at Home, 1 Arsenal Marketplace, Watertown, MA 02472.
To order memorial trees or send flowers to the family in memory of Esther L. (Teehan) McGinness, please visit our flower store.