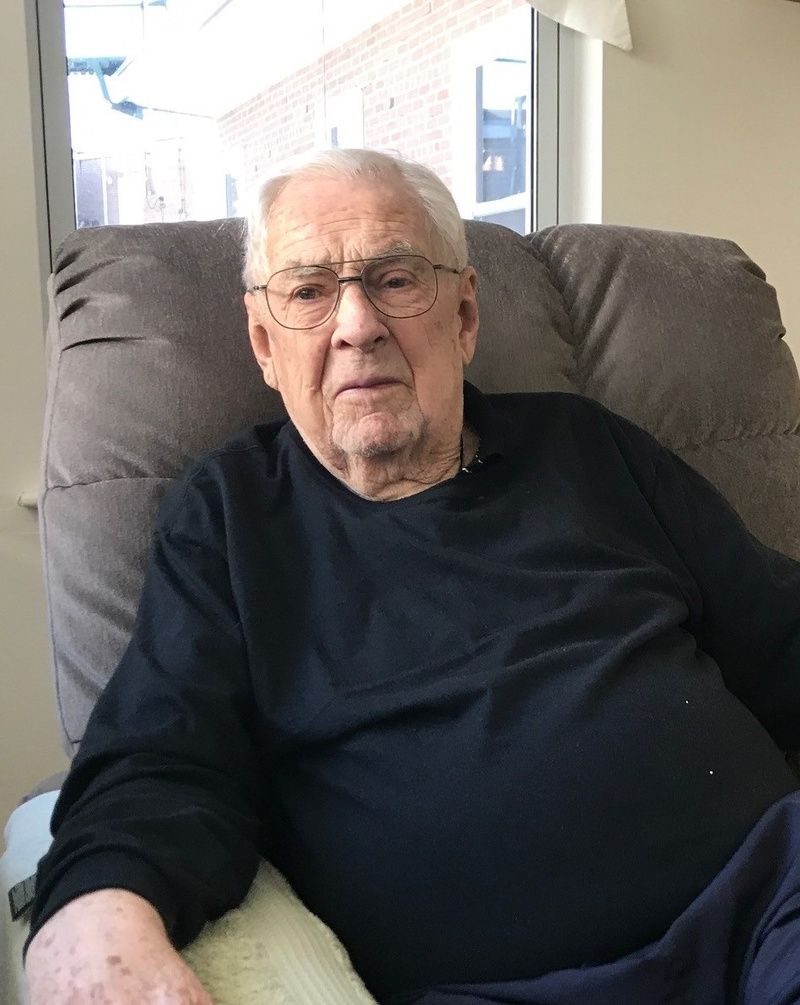 Edmond was born in Waltham on May 7, 1919, a son of the late John and Mathilda (Aucoin) O'Toole. He grew up in the Lakeview neighborhood of North Waltham and after graduating from Waltham High School in 1937 he enlisted in the U.S. Army National Guard. At the outbreak of World War II he enlisted in the Army with the 508th Parachute Infantry. On December 21, 1941, before being sent overseas, he married Barbara F. Bennett in St. Charles Church on Hall Street. After his return home from the war he earned his degree in accounting and finance from Bentley College. The pair settled and made their home on Underwood Ave in West Newton where they would raise their seven children. Some of the families happiest memories were their summers spent both on Lake Dennison in Winchendon, MA and at York Beach in ME.

Edmond worked hard to provide for his family and spent his career working in the wholesale meat industry at City Packing in Boston where he retired as the Chief Financial Officer. Retirement afforded him and Barbara the opportunity to move to N. Fort Meyers where they spent 25 happy years together.

In heaven he is rejoined with his beloved wife of 64 years, Barbara F. O'Toole and his daughter Sheila A. Gravelle. He is survived by his children, Michael F. O'Toole (Norma) of Franklin, Thomas E. O'Toole (Ellie) of Mashpee, Dennis J. O'Toole (Pamela) of Sutton, Kathleen M. Quinn (Dennis) of Waltham, Peter L. O'Toole (Barbara) of Eugene, Oregon and James R. O'Toole (Jill) of Merrimack, New Hampshire; his son-in-law Richard Gravelle of Royalston and also leaves 16 grandchildren, 19 great grandchildren, 1 great-great grandchild and many nieces, nephews and their families.

He was also the brother of the late John O'Toole, Richard O'Toole, Mary O'Toole and Bettyann Chamberlin.

Family and friends will honor and remember Edmond's life by gathering for calling hours in The Joyce Funeral Home, 245 Main Street (Rte. 20), Waltham on Monday, December 2nd from 4 to 8 p.m. and again on Tuesday morning at 9 a.m. before leaving in procession to St. Charles Chapel, 51 Hall St., Waltham where his Funeral Mass will be celebrated at 10 a.m. Burial will follow in Calvary Cemetery, Waltham.

Memorial donations may be made to American Parkinson's Disease Foundation, 72 E Concord St, Boston, MA 02118.
To order memorial trees or send flowers to the family in memory of Edmond F. O'Toole, please visit our flower store.