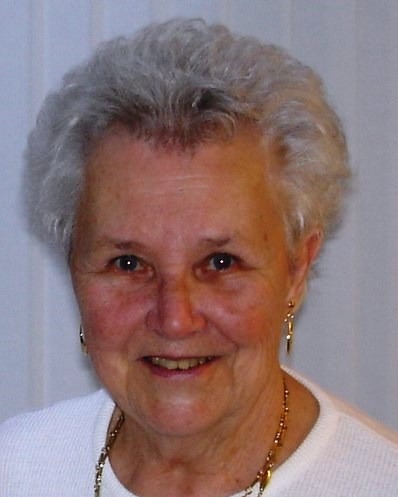 Edith was born in Natick on January 11, 1925, a daughter of the late Roy and Esther (Damon) Moffett, and was raised in Watertown.  She was a graduate of Watertown High School and earned her bachelor’s degree in education at Framingham State College.

Shortly after her marriage to Walter E. Cooper († January 9, 2017) at Union Church in Watertown, the couple moved to Waltham in 1955 and became lifelong residents.  Edith taught elementary school in Newton and in Waltham for several years.

She and her family were active at the First Congregational Church in Waltham for many years and for the last 40 years she and Walter were members of Christ Church Episcopal in Waltham.  Edith was a longtime volunteer at the Waltham Public Library, was an election worker and volunteered with the Red Cross. Edith and Walter spent many happy summers vacationing in the Lakes Region of New Hampshire and had yearly visits to Walter’s native New Brunswick.  They traveled extensively around the nation, to Europe, the Caribbean, Bermuda, and Australia.

Edith took great pride in her home and her green thumb yielded beautiful gardens around the yard. She was an avid reader and her family will long remember her talent for baking and cooking delicious meals and desserts. Edith loved spending time with family and was particularly grateful for the many kindnesses shown to her in later years, especially when declining health meant a move to her daughter Linda’s home in Medway.

Edith was also the sister of the late Chandler Moffett.

Family and friends will honor and remember Edith’s life by gathering for calling hours in The Joyce Funeral Home, 245 Main Street (Rte. 20), Waltham on Monday, December 12th from 4 to 7 p.m. and again on Tuesday morning at the Church of the Good Shepherd, 95 Woburn Street, Reading where her Funeral Service will be held at 10:30 a.m.  Following cremation, burial will be in Lakeview Cemetery, Wayland.

Memorial donations may be made to the Alzheimer’s Association, 309 Waverley Oaks Road, Waltham, MA 02452 or at https://www.alz.org/

To order memorial trees or send flowers to the family in memory of Edith M. Cooper, please visit our flower store.

Church of the Good Shepherd