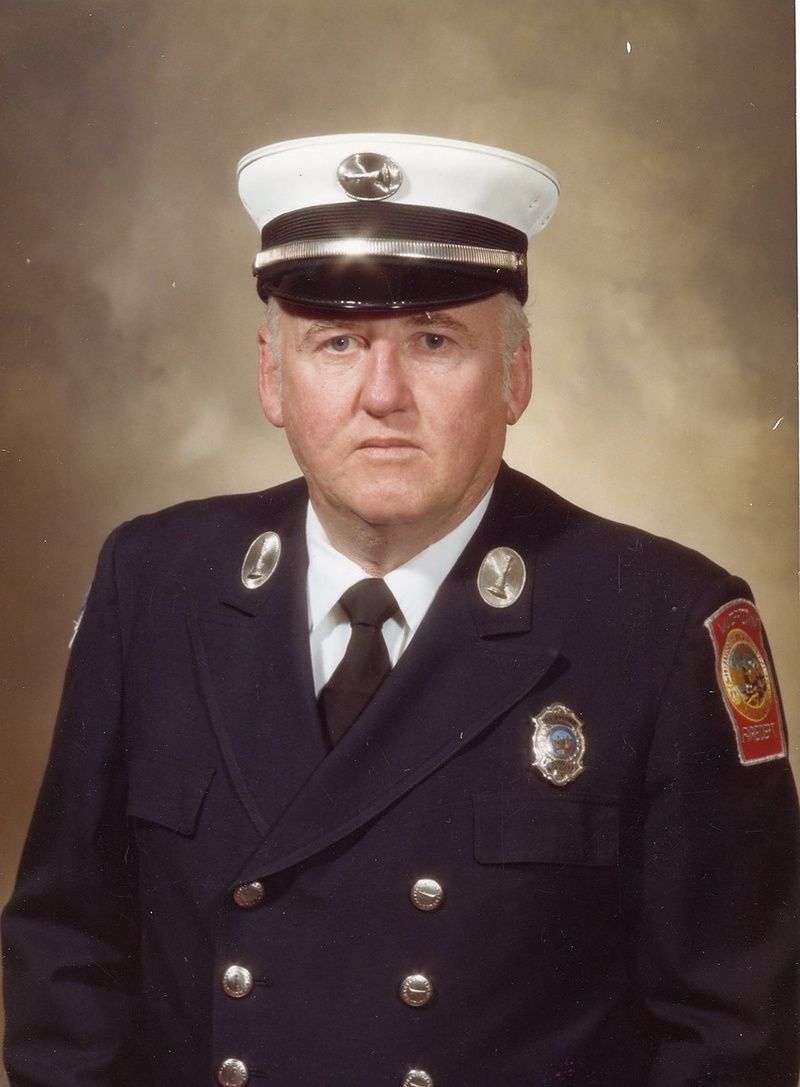 The foundation of Don Morrison's life was centered on his faith, family and proud service to his community and country.

Born on September 30, 1931 in Boston, Donald A. Morrison was a son of the late John and Isabelle (Wall) Morrison. A graduate of East Boston High School with the class of 1949, it was shortly thereafter he enlisted in the United States Navy and served aboard the USS Missouri (BB63). It was during his return home for leave and the need for clean Navy uniforms, he met the forever love of his life, Pauline R. Leone of Nonantum, in the local dry cleaners. Following his Navy service, he returned and married Pauline in Our Lady Help of Christians Church on October 23, 1954. They have made Watertown their home since 1954 and were members of St. Patrick's Parish.

Don was appointed a Watertown firefighter in 1955 and was promoted to Lieutenant in 1965. He retired after twenty-seven years of service in 1982 after a distinguished career and several commendations. He was primarily assigned to Ladder One in Watertown Square and was one of the Department's first emergency medical technicians. Don took great pride in his calling and his brother firefighters.

While working as a firefighter, Don also worked part-time as a master plumber in which he owned and operated Morrison Plumbing. He took pride in his ability to solve and fix any mechanical problem. Don boasted he could fix anything except a broken heart - and he did a great job of repairing a few of those over the years too.

Don and Pauline enjoyed travel in their retirement and time at their home on Cape Cod in Yarmouth, where he always had a project at hand and usually grandchildren nearby. Relaxation came in the form of good company of family and friends and his chair in the sands of Smuggler's Beach. Good laughs, good times, and fun easily came his way. Even through the challenges of recent years, Don never lost his easy wit, laugh, smile, and devilish sparkle in his eye.

He was a charter member of the Local #1347 International Association of Firefighters, the Ancient Order of Hibernians Division 14, as well as the Elks Lodge, all in Watertown.

Special thanks to the dedicated staff at Meadow Green Nursing and Rehabilitation for their sincere care and comfort provided to Don over the past few years.

A Funeral Mass will be celebrated on Thursday, May 28th in Saint Jude Church, 147 Main Street, Waltham at 10:30 a.m. Burial will follow in Chandler Gray Cemetery, Yarmouth.

Memorials in Donald's name may be made to the Team Erin Fund, Community Foundation of Bloomington and Monroe County, 100 South College Avenue, Suite 240, Bloomington, IN. 47404. This fund honors his late granddaughter Erin and supports a variety of community social service needs.
To order memorial trees or send flowers to the family in memory of Donald A. Morrison, please visit our flower store.