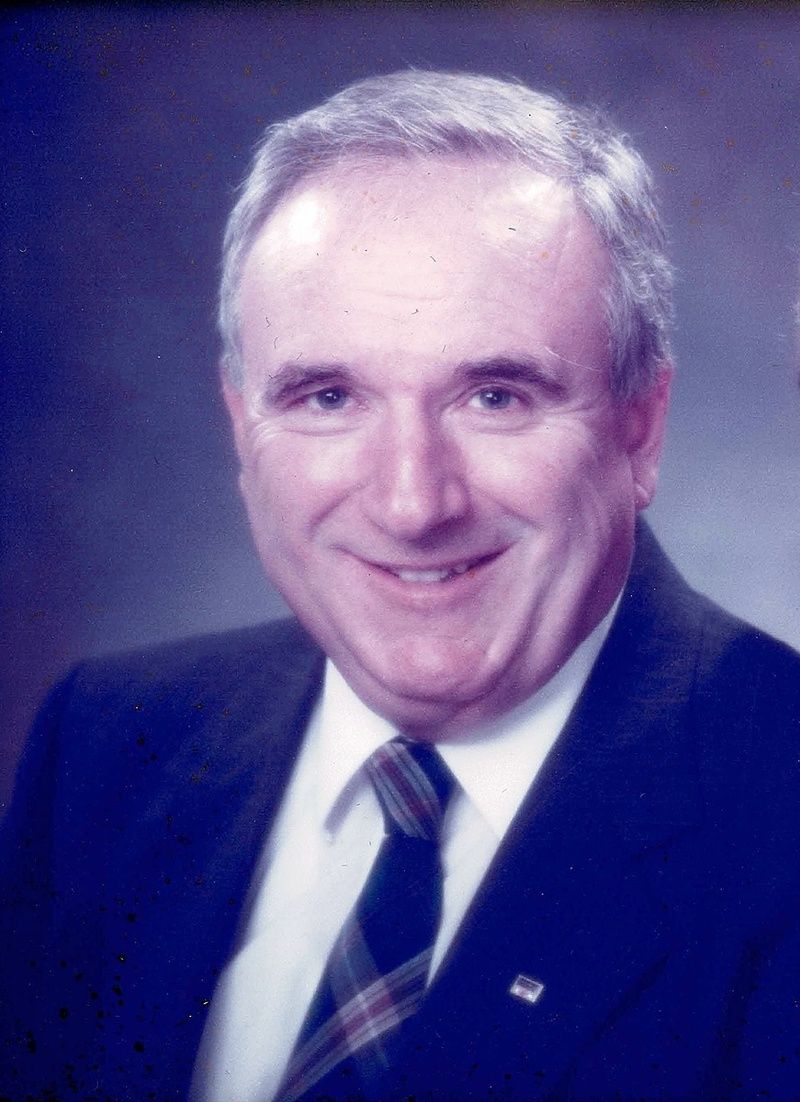 Millis – Mr. Domenic E. D'Eramo, 86, of Millis, passed away after a long illness on Thursday, March 18, 2021 at Beth Israel Deaconess Hospital in Boston.

Domenic was born on March 15, 1935 in the Abruzzo region of Italy in Introdacqua. He immigrated to the United States in 1947 with his mother Ofelia, where the two joined Domenic's father Mariano in the Federal Hill section of Providence, Rhode Island. Domenic graduated from Classical High School in Providence and then attended and earned an engineering degree from Brown University.

After working for Consolidated Edison on Staten Island, New York, he enlisted in the U.S. Army Corps of Engineers. While stationed at Fort Leonard Wood, Missouri, he met the love of his life, Janet Schnieders of Taos, Missouri. The two married on October 14, 1961. The couple eventually settled in Millis, Massachusetts in 1967.

Domenic worked for Sverdrup Corporation from 1962 to 1999, starting as a project manager and ascended to regional executive working out of the company's office in Boston. During his time with the company, he worked on, managed and oversaw major construction projects, such as the Red Line Extension from Harvard Square to Alewife Station, the Ted Williams Tunnel Central Artery depression, the Old Colony Railroad Restoration project, many more regional projects.

After retiring from Sverdrup (then Jacobs Engineering), Domenic worked for Rizzo & Associates, where he was part of the team designing the infrastructure for Gillette Stadium—a labor of love for this longtime Patriots season ticket holder.

A longtime member of the Boston Society of Civil Engineers (BSCE), he was one of the founders of The Engineering Center, a non-profit dedicated to the development of young engineers. He also served as BSCE president in the late 1980s and was named a fellow by BSCE.

His love of his work was surpassed only by his passion for his family and the life he and Janet built in Millis. They raised three children --- Maria, Nancy and Joe --- and became involved in the local community. Domenic was a long-time member of the Knights of Columbus, was part of the Millis Booster Club and served two terms on the Millis Board of Public Works. He served as a longtime parishioner and lector at Saint Thomas the Apostle Church in Millis.

Domenic's love of family, immediate and extended, led to many travels over his lifetime. Those included trips to Italy to visit uncles, aunts and cousins. He had a large contingent of cousins in Rhode Island, as well as in Pennsylvania. Domenic also visited Janet's siblings and their families in several states across the country.

Domenic and Janet took a number of other trips during their 59 years of marriage. Those included several trips to the Bahamas, month-long stays in Florida and an Alaskan cruise, to name a few. Yet some of their favorites were spent with close friends "traveling south" to Foxwoods or "down the street" to Plainridge Park Casino.

Domenic is survived by his loving wife Janet; his children and their spouses and grandchildren, Maria and Michael Russo of Waltham and their children, Michael, Nick and Jennifer; Joe D'Eramo of Millis and his daughter, Sophia and stepchildren, Chad Senechal (predeceased) and Casey Delano and her husband James Delano; Nancy and Jeff Broberg of Barnstable and their children, Jared Broberg and his wife Alyssa and their daughter McKenna, Haley Broberg and Hannah Fowler and her husband Trent Fowler.

Family and friends will honor and remember Domenic's life by gathering to visit from 9:30 to 10:45 a.m. on Tuesday, March 23rd in Saint Thomas the Apostle Church, 82 Exchange Street, Millis where his Funeral Mass will be celebrated at 11 a.m. Domenic's grandson, Rev. Michael A. Russo, parochial vicar at Saint Bernadette Church in Silver Spring, Maryland will be the celebrant. Burial will follow in Prospect Hill Cemetery, Millis.

In lieu of flowers, the D'Eramo family asks you consider a donation to two causes that touched Dom's life: The Engineering Center Education Trust - https://files.engineers.org/file/Memorial-Donation-Form-21.pdf or to The Michael J. Fox Foundation for Parksinson's Research – Click on donate in Tribute menu item at https://www.michaeljfox.org/donate
________________________________

A note from the funeral home pursuant to Governor Baker's recent order:

Telephone your friend to offer words of love and support, give them a virtual hug, drop something delicious by the house, leave a condolence on the funeral home website, make a donation to their favored charity, send a card or flowers or have a Mass said, remain in touch, and above all else . . . say prayers for the deceased and their family and the world during this difficult and unprecedented time.

When public wakes are held capacity limits mean that your visit should be brief to allow other guests time to say hello to the family. Only members of the immediate family remain present throughout.

During any events, public or private, common sense precautions prevail. That includes masks covering your nose and mouth, staying with your household group throughout the services and keeping a sensible distance.

Thank you . . . again . . . for your patience and understanding.
To order memorial trees or send flowers to the family in memory of Domenic E. D'Eramo, please visit our flower store.