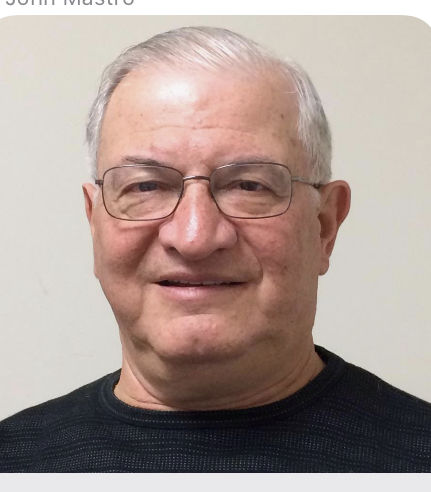 Dennis Mastro was everyone's lovable curmudgeon but in this context we mean it as a term of endearment. He didn't mince his words, you knew where he stood politically and while the fuse might sometimes have been short…at the end of the day Dennis had your back and he really, really did love you. There were no airs or false pretenses. Dennis was most comfortable in casual clothes and while his exterior shell might have appeared tough beneath it all was a soft guy who had a heart that was grateful for a very good life filled with blessings and wonderful people and experiences.

Born on January 24, 1953 he was the only child of the late William F. and Rose V. (Puglia) Mastro. His birth also meant entry into a very large, present and loving extended Italian family. The Mastro, Driscoll, Archambo, Ruggere, Zingarelli, Chenevert and Puglia families were just that…family! Often like siblings, especially with John Mastro whom he considered a brother, Dennis knew the love and benefits of growing up with family on same streets and in neighborhoods rich in love.

Raised in Shrewsbury and in Saint Anne's Parish he served as altar server and volunteered in many capacities throughout the years. A 1971 graduate of Shrewsbury High School he then graduated in 1975 from The College of the Holy Cross with his Bachelor's degree in Political Science. He had a keen interest in politics and depth of knowledge when it came to history.

Dennis often reflected back on life and wondered if he should have been destined for a career in teaching and coaching. Life took him in other directions to some extent. He enjoyed a successful career in sales for various electric companies including Commercial Electric Co., Hubbell Wiring Devices, Standard Electric and most recently for Rexel Energy Solutions where he was still working.

While not blessed with kids of his own Dennis' passion for sports enabled him to coach in both the Babe Ruth and Little League in his much loved Shrewsbury. He did this for over 30 years and was a much admired and respected mentor. His voice was also very familiar on the Shrewsbury Public Access Channel where he was an announcer for both football and basketball games.

He married Taunton native Andrea L. 'Andi' Tower on October 23, 1999 in Sacred Heart Chapel in Yarmouthport. They lived a short while in Grafton before Dennis was able to convince Andi that Shrewsbury really should be home. Andi had been working as a Nanny to the Flynn family and both Shannon and Ryan Flynn became kids whom he absolutely adored and to date remained a part of their lives. Shannon and Ryan always referred to Dennis as 'that nice man!'

Dennis enjoyed a round of golf and would take the good shots with the bad shots (with commentary), fishing locally, cheering his native New England sports teams (with commentary), time with his golden retrievers and membership in Adelphi Council #4181 Knights of Columbus.

Dennis died unexpectedly on Sunday, September 20, 2020 in UMASS Memorial Medical Center, University Campus, after a short illness. He was 67.

Family and friends will honor and remember Dennis' life by gathering for a calling hour on Saturday, September 26th in Saint Anne's Church, 130 Boston Turnpike, Shrewsbury from 10:00 - 11:00 a.m. His funeral Mass will be celebrated at 11 a.m. Capacity limitations and COVID-19 guide-lines will be followed. Those unable to attend may view by visiting http://distantlink.com/joyce.html at 11:00 a.m. on Saturday, September 26th.

A Life Celebration will be announced at a later date.

In lieu of flowers donations in his name may be made to The Jimmy Fund | 10 Brookline Place West, 6th Floor | Brookline, MA 02445-7226 or www.jimmyfund.org/ways-to-give.

Arrangements by James & John Heald.
To order memorial trees or send flowers to the family in memory of Dennis W. Mastro, please visit our flower store.