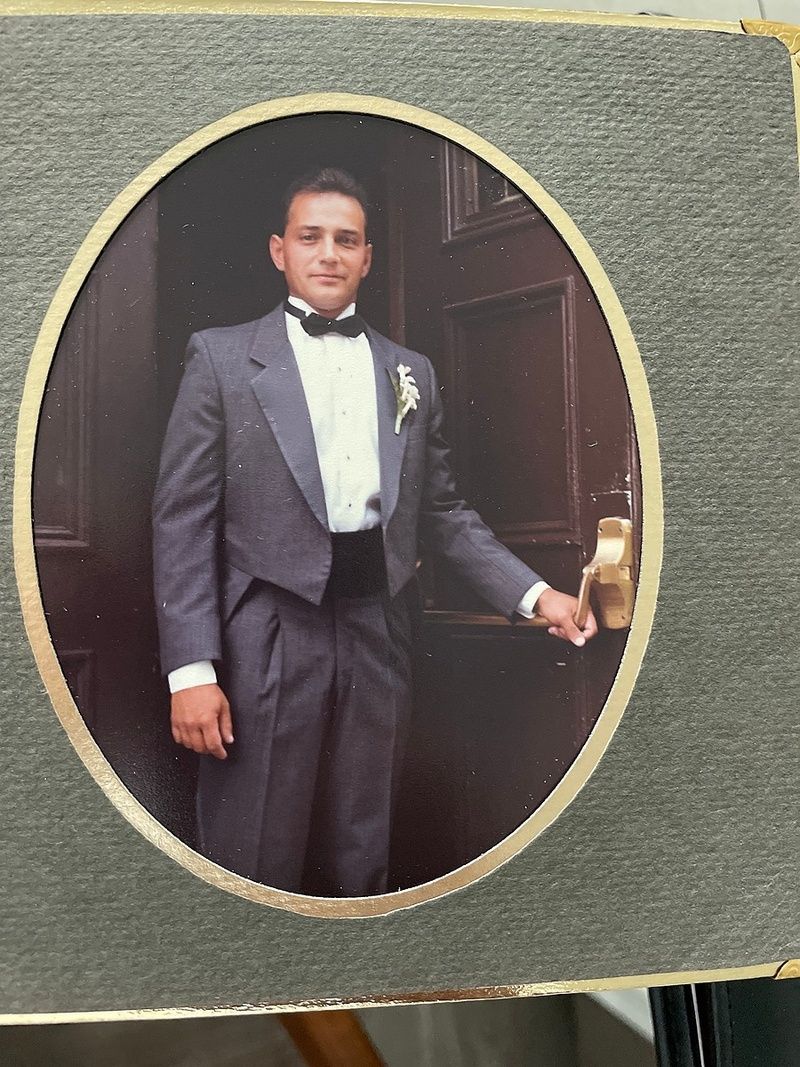 Worcester - In Dave Serra's kitchen hangs a sign that reads 'Family is Everything'. And while he knew this all his life it proved most true over the last several months. Diagnosed with cancer which began in his gallbladder in October 2021 he gave every fiber of his being to fight the battle. With an unwillingness to surrender he also was realistic and began a journal in which he made just one simple reflection: to make certain to tell his family…and friends how much they meant to him and that he loved them…and to thank them. And he did just that as often as he could.

Born on April 20, 1962 in Worcester he was a son of the late Francis S. and Margaret (Reiman) Serra. Raised in Shrewsbury he was a graduate of Shrewsbury High School with the class of 1980. He married Worcester native DonnaMarie Vizzo on September 10, 1989 in Saint Joseph's Church on Grafton Hill. They have been each other's life companion and while David often voiced an opinion and preference, he knew ultimately Donna's vote counted and, in the end, she was right and he would humbly profess 'You're right again, Donna'.

David loved his work as a mason and was a proud member for over 30 years in the Bricklayers & Allied Craftsmen Union Local 3 retiring just three weeks ago due to his illness. In particular he worked as foreman with G.N. Prunier & Sons on numerous projects which he would proudly boast had his stamp on things. Mason projects were not restricted to the union. Most recently he was photographed watching and instructing his sons on various projects at home so that there was nothing for Donna to worry about. Dave was making certain that up until his end all projects and household items were attended and completed.

His home on Westborough Street was his little oasis. Dave always had a project at hand but when relaxing he was easily spotted in the comforts of his recliner, with a Coors Light in hand watching one of his beloved New England sporting teams. In spite of the Patriots successes, it was no secret Dave had a life-long commitment to his beloved Dallas Cowboys. He also loved the beach, fishing, as well as gardening and he did his best to win the battle against the woodchucks. It's no secret he loved a lottery ticket (winning) and was so frequent a patron at his local spot he became friends with the shop owners. True to his Italian heritage Dave was a fantastic cook and his heart's content was a house full of family and friends sharing the gift of love, friendship and good food.

In addition to his wife of 32 years, DonnaMarie, he leaves their children, Anthony F.R. Serra (Erin O'Connor), Gino A. Serra and Isabella R. Serra, all of Worcester; his siblings, Stephen Serra of Shrewsbury and Christine Scansaroli (Gary) of Worcester; in-laws, Michael Vizzo (Jodi) of Shrewsbury and John Vizzo (Marie) of Worcester; also survived by nieces & nephews and a host of really good and lifelong friends.

David's family expresses heartfelt gratitude to his wonderful and caring team of medical professionals including Dr. Michael Constantine, Kim S, Julie Grace Hussey and the staff of Salmon Hospice for their compassion and care extended to him.

In lieu of flowers expressions of sympathy may be made to Serra Education Fund, in c/o DonnaMarie Serra at TD Bank North, 205 Boston Turnpike, Shrewsbury, MA 01545.