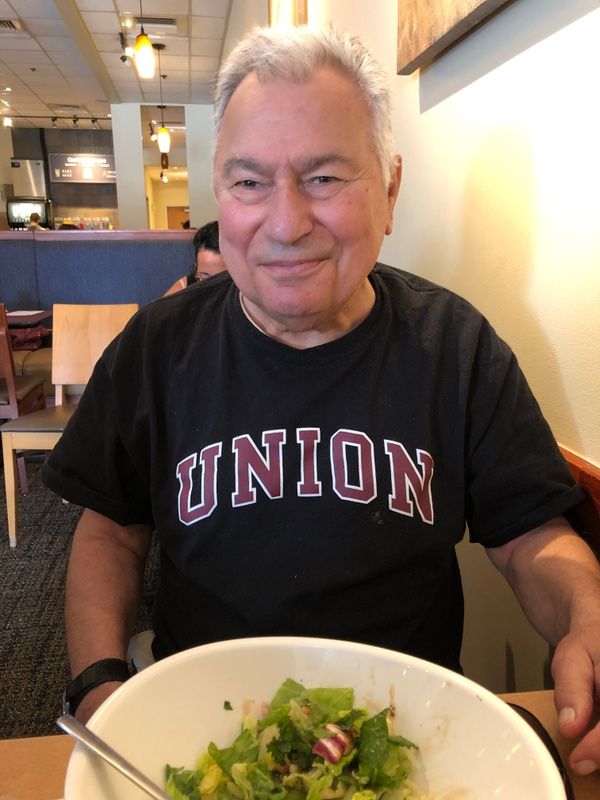 He was born March 22, 1935 in New York City a son of the late Harry and Alice (Sevian) Hamparian. Raised in Woodside, Queens he was later introduced to South Boston native Adrienne J. Sargavakian through relatives. After a courtship and distance relationship he proposed to her on the banks of the Charles River and threatened he would jump in the river if the answer wasn't in his favor. They were married on October 12, 1967 in Holy Trinity Armenian Church in Cambridge and have been Waltham residents for over forty-seven years.

Charlie worked as a steel worker for many years beginning at Frasse Steel in Cambridge which later became Earl M. Jorgeson based in Cambridge.

Charlie was active as a baseball coach in Waltham Youth Baseball when his sons were playing ball and enjoyed teaching boxing in the South Boston Boys Club. He was a very proud grandfather of his four grandchildren.

In addition to his wife of 52 years, Adrienne, he leaves his sons, Charles P. 'Chuck' Hamparian (Loree) of Belchertown and Derek S. Hamparian (Gina) of Weymouth; his grandchildren, Madeleine and Emily Hamparian, Ashley and Jake Hamparian; brother of Maryann Atamian of California and the late George and John Hamparian; nieces & nephews.

Funeral services are private as a result of the ongoing health crisis in the world and our community. Charlie's family will gather for services and burial in Mount Feake Cemetery.