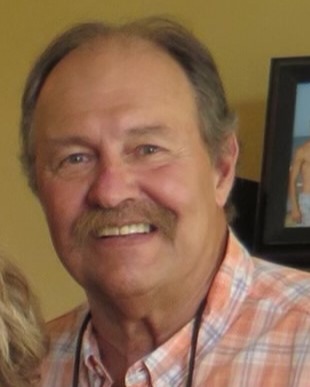 Charles Bernard Gareau was born September 11, 1946 in Worcester, MA, son of the late Bernard and Adrienne (Landry) Gareau.  Raised in Northbridge, he was a graduate of Assumption Preparatory in Worcester and later received his Bachelor's degree from Notre Dame University followed by a Master's in Education from Worcester State University.  He remained a Notre Dame fan until his passing.

Charlie was easily recognized by his warm smile.  He was intelligent, pure of heart, humble and even quirky.  Charlie embraced his French-Canadian roots and showed how proud he was of this heritage by often wearing a French beret.  In addition to this fashion statement, his unique style also included saddle shoes, ties and vests.

Charlie enjoyed thirty-five years as a social studies and geography teacher at Grafton Middle School. He was admired by fellow educators and adored by his students. When not in the classroom, he would most often be found on tennis courts where he enjoyed playing the game and also coaching the varsity tennis team at Grafton High School. It was also at Grafton Public Schools where Charlie met his wife, Christine.  After a long courtship, they married on December 30, 2006. It was a wonderful bond of love and friendship. They lived many years in Shrewsbury, then shared 15 years in Truro and lastly 3 years in Millbury.

Charlie loved simple pleasures which included Coca-Cola, Dairy Queen (large chocolate, chocolate dip!) and Snickers. He loved riding waves in his favorite spot, Coast Guard Beach in Truro, where he and Christine shared a home (aptly named Life’s Dream) for 15 years. He loved the solitude of nature and could often be found meticulously caring for his yard, picking up pine needles, yes, one at a time, or reading long, hard covered nonfiction books on a quiet beach.  Despite relishing these peaceful moments alone, he also embraced the many loved ones who frequently filled the house at the Cape.  As a relaxed retiree, he appreciated the many nights with friends and family gathered around the table feasting on Christine’s cooking.

Family and friends will gather to honor and remember Charlie's life on Saturday, December 3, 2022, in Saint Peter's Church, 39 Church Avenue, Northbridge where his funeral Mass will be celebrated at 11 a.m.  A celebration of life will follow at Highfields Country Club, 42 Magill Drive, Grafton, MA.

In lieu of flowers memorials in his name may be made to Alzheimer's Association, 309 Waverly Oaks Road, Waltham, MA 02442.

To order memorial trees or send flowers to the family in memory of Charles B. Gareau, please visit our flower store.