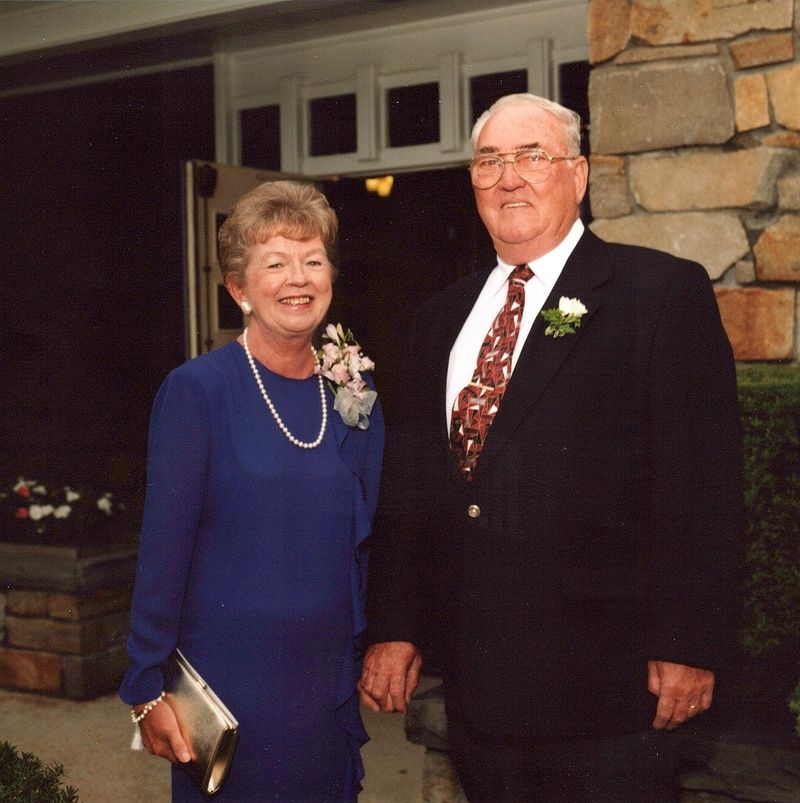 Catherine was born in Dorchester on June 22, 1936, the youngest daughter of the late John and Catherine (Sullivan) Daly. She was raised in Brookline and attended Ursuline Academy. After high school she earned her Bachelor's degree from Emmanuel College and was also a school teacher for a period of time before leaving to raise her family.

In 1959 she married John P. O'Leary in Saint Mary's Church in Brookline and they enjoyed sixty-three happy years together. The pair settled in Needham in 1968 to raise their family.

The two most important things to Catherine were her faith and her family. She was a devout parishioner of Saint Bartholomew's Church in Needham for over fifty years and she never missed saying her daily Rosary. She loved the company of her family, especially at large family parties, whether they were at "Nana's" in Chestnut Hill, or in the summer, down The Cape, in Dennis Port where the family spent many happy summers together.

Family and friends will honor and remember Catherine's life by gathering for calling hours in The Joyce Funeral Home, 245 Main Street (Rte. 20), Waltham on Monday, April 18th from 4 to 7 p.m. and again at 9:30 a.m. on Tuesday morning before leaving in procession to Our Lady Help of Christians Church, 573 Washington Street, Newton where her Funeral Mass will be celebrated at 10:30 a.m. Burial will follow in Saint Mary's Cemetery, Needham.

A broadcast of Catherine's Funeral Mass will be begin at 10:30 a.m. on Tuesday, April 19, 2002 at https://my.gather.app/family/catherine-o-leary

In lieu of flowers memorial donations in Catherine's name may be made to Our Lady Help of Christians Church, 573 Washington Street, Newton, MA.
To order memorial trees or send flowers to the family in memory of Catherine E. O'Leary, please visit our flower store.

Our Lady Help of Christians Church