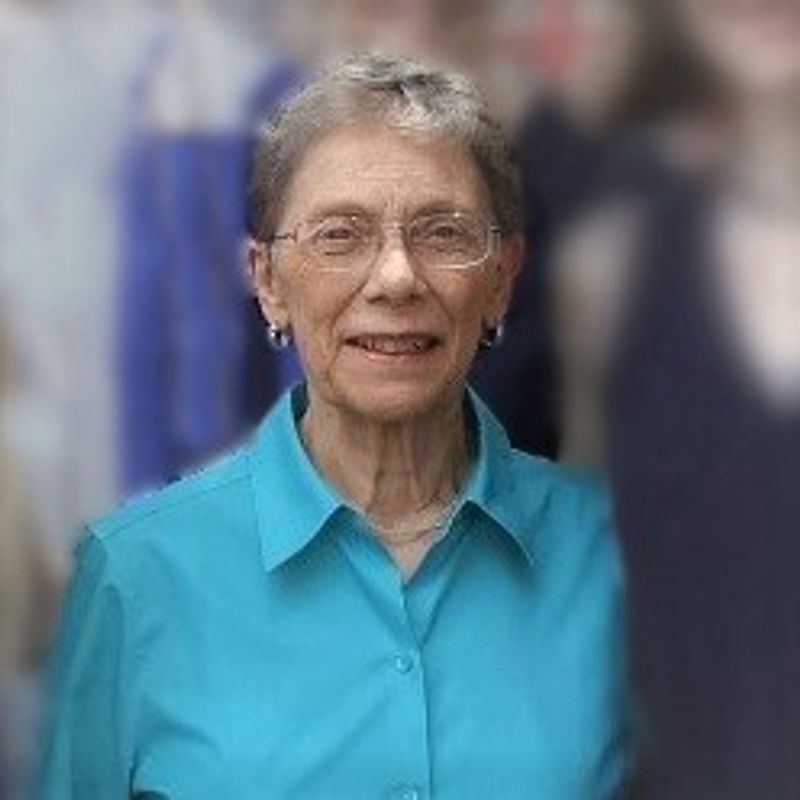 Carol was born on August 21, 1936 in Merrill, Wisconsin, the daughter of the late Carl and Olga (Zoellner) Nelson. She was a graduate of Merrill High School, The University of Wisconsin – Stevens Point, and Georgetown University in Washington D.C. where she earned her Master's degree in Linguistics. She had worked as a first- and second-grade teacher in Wausau and River Falls, Wisconsin, and in Cleveland, Ohio before the birth of her children. Later, she taught English as a Second Language at NOVA (Northern Virginia Community College) for many years until her retirement. Her students came from all over the world, and many came to regard her as a friend, mentor, and second mother.

She met her husband, Wayne, in chemistry class at Merrill High School. They went to prom together, and married after graduating from college, embarking on their 63-year journey through wedded life and devoted parent- and grandparent-hood.

Once her children were school-aged, Carol began teaching English as a volunteer, working with refugees from Laos and Vietnam. Her work at NOVA was a continuation of that calling. She remained both a student and teacher of language through her retirement, both studying and teaching Spanish, and studying Italian (perhaps to help her understand the operas she adored).

Carol was a musician nearly all her life, playing the violin from her elementary-school years, and singing as part of a sextet through high school. She encouraged musicianship in others as well, directing her first church choir while still in college. At Ezekiel Lutheran Church in River Falls, Wisconsin, she directed first a children's choir (36 kindergartners strong!), and later three bell choirs, building them up over a decade.

Carol also loved the outdoors, especially the woods with all their birds. From the chickadees of the Wisconsin maple syrup woods, to the bluebirds nesting near their home in Fairfax, Virginia, to the more exotic species that she and Wayne saw on their many travels, the songs and flight of birds thrilled her. Even near the end of her life, these gave her joy; every bird was a beautiful bird.

In addition to her husband, Wayne W. Sukow of Lexington, Virginia, she leaves her children, Catherine Sukow (Jaap van der Weide) of Lexington, Massachusetts, and David Sukow (Gretchen) of Lexington, Virginia; her grandchildren, Sylvia and Isabella van der Weide and Carl and Ingrid Sukow; and several nieces, nephews, and their families. They carry forward the blessings of her care for them, and the memory of her love: for music, for nature, for learning, for every child who needs a lap to sit on and a book read to them.

Family and friends will gather to honor and remember Carol's life at a funeral service at 11:00 am on Saturday September 17th at First Lutheran Church, 6 Eddy St, Waltham.

In lieu of flowers, the family invites memorial donations be made to Lutheran Immigration and Refugee Service (www.lirs.org).
To order memorial trees or send flowers to the family in memory of Carol (Nelson) Sukow, please visit our flower store.