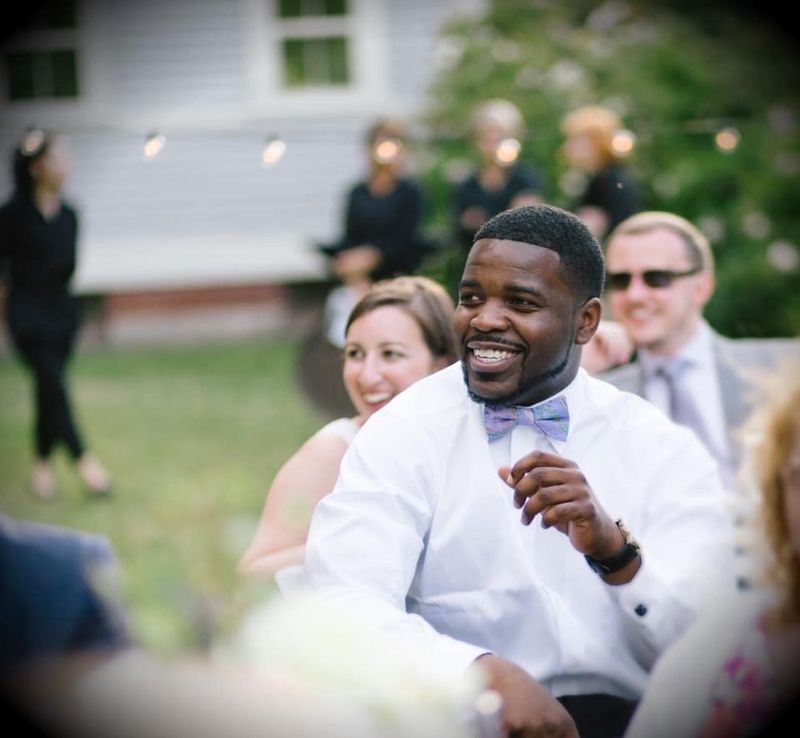 If you knew Carl Mary Lormeus, regardless of time known, you knew he'd fit right in to any setting he was put in; you knew his heart was always full, his energy was positively infectious, and his smile would light up a room. You know he was always late, but he always showed up. He would do anything, for anyone, no questions asked. In almost any of the many photographs of him you could almost hear his contagious laugh radiating through.

Carl died Friday, January 17, 2020 at Lahey Clinic in Burlington from injuries sustained in an automobile accident on Sunday, January 12, 2020. He was 34.

Carl was born July 9, 1985 in Saint Elizabeth's Hospital in Brighton, a son of Haitian immigrants Carlo Lormeus and Marieange Cayo. Raised in Waltham, he attended Waltham Public Schools. With basketball in his blood, he played at Kennedy Middle School, and then later at Waltham High School, where he graduated with the class of 2004. While at Waltham High, he was a standout 4-year athlete and member of the 2004 Greater Boston League championship team in his senior year. He attended Newbury College, and later graduated from the dental assistant program at Minuteman Vocational School.

Carl was working as a dental assistant at Gillis Dental in Needham, and previously at Weston Dental Specialists Group.

He loved life and all the people in it — most especially his three month old daughter, Aliza Pearl, who he could not get enough of. A solid family man; wherever he was, his siblings were not far behind. Truly inseparable. He was the life of any party, with a booming laugh that could often be heard at barbecues (a favorite pastime), his dodge ball league games, and any time shared with his family and many, many friends. He had a unique and thorough appreciation for 80's and 90's movies, sports, and a passionate love for hip-hop and R&B music. He was Michael Jordan's number one fan, and his Jordan sneaker collection were testament to his loyalty and devotion to the love of the game.

Family and friends will honor and remember Carl's life by gathering for calling hours on Friday, January 24th, from 4pm to 8pm in The Joyce Funeral Home, 245 Main Street (Rte. 20), Waltham. His funeral service will be held on Saturday, January 25th, in Christ Church, 750 Main Street, Waltham at 10 a.m. Burial will follow in Mount Feake Cemetery, Waltham, with a Celebration of Life following at The Westin — Waltham Boston, 70 Third Ave., Waltham, from 12 pm - 5 p.m.

Memorials in Carl's name may be made to www.gofundme.com/f/carl-lormeus-medical-amp-family-expenses
To order memorial trees or send flowers to the family in memory of Carl M. Lormeus, please visit our flower store.