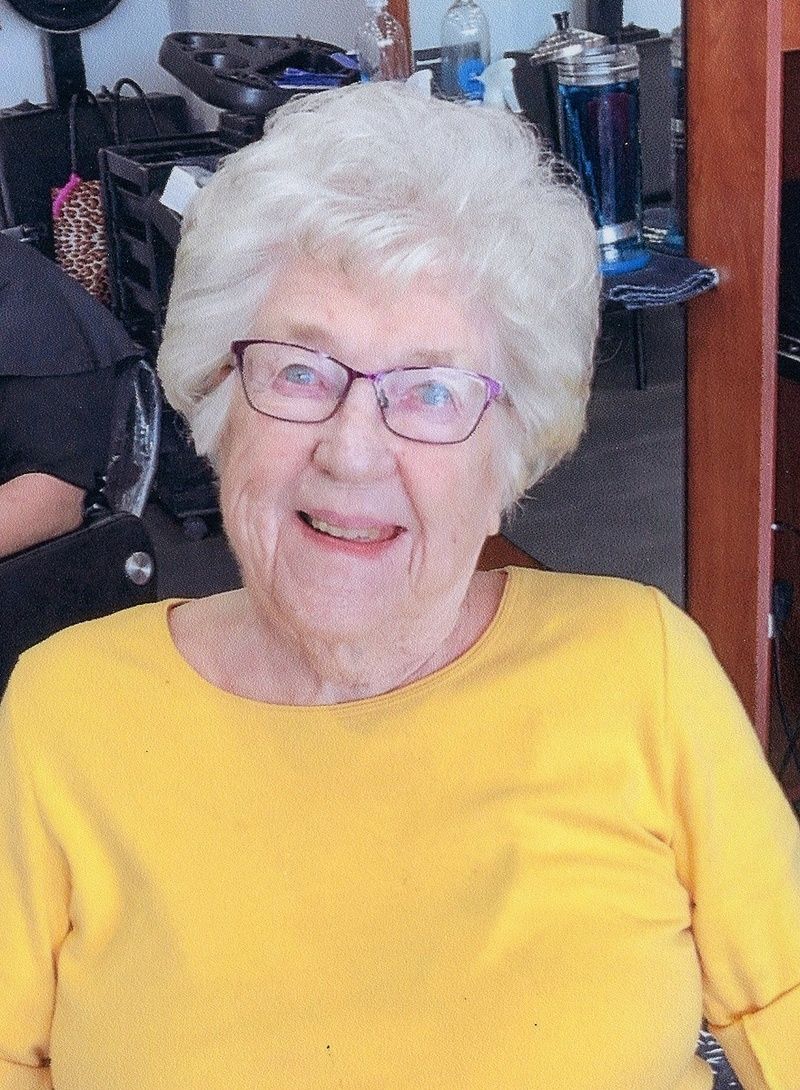 She was born on August 8, 1922 in Neil's Harbor, Cape Breton, Nova Scotia, Canada. Daughter of the late Charles and Edith (Hardy) Budge. She was raised in Canada where she was educated and earned her certificate in teaching. Blanche married Donald R. MacKenzie on July 27, 1944 and they immigrated to the United States in 1962 settling in Waltham.

Blanche worked as a preschool teacher at Temple Beth Emmanuel in Lexington and later the YMCA for many years before retiring.

She was talented with baking, knitting and sewing. So often in her hands or close nearby was her sewing machine, needles for knitting and crochet. Blanche loved a game of cards and playing Bridge with family and friends and she always looked forward to time at their cottage in Ashby.

Her husband of seventy-seven years, Donald R. MacKenzie died December 11, 2021. She was also predeceased by her eldest son, Arthur 'Artie" MacKenzie and her siblings, Richard and James Budge and Florence Blinkhorn.

Family and friends will honor and remember Blanche's life by gathering to visit from 9:30 a.m. to 11 a.m. on Thursday, September 8th in The Joyce Funeral Home, 245 Main Street (Rte. 20), Waltham followed by her funeral service at 11 a.m.. Burial will follow in Mount Feake Cemetery, Waltham.

To watch a broadcast (and recording) of Blanche's funeral service please use this link: https://my.gather.app/remember/blanche-mackenzie
To order memorial trees or send flowers to the family in memory of Blanche (Budge) MacKenzie, please visit our flower store.