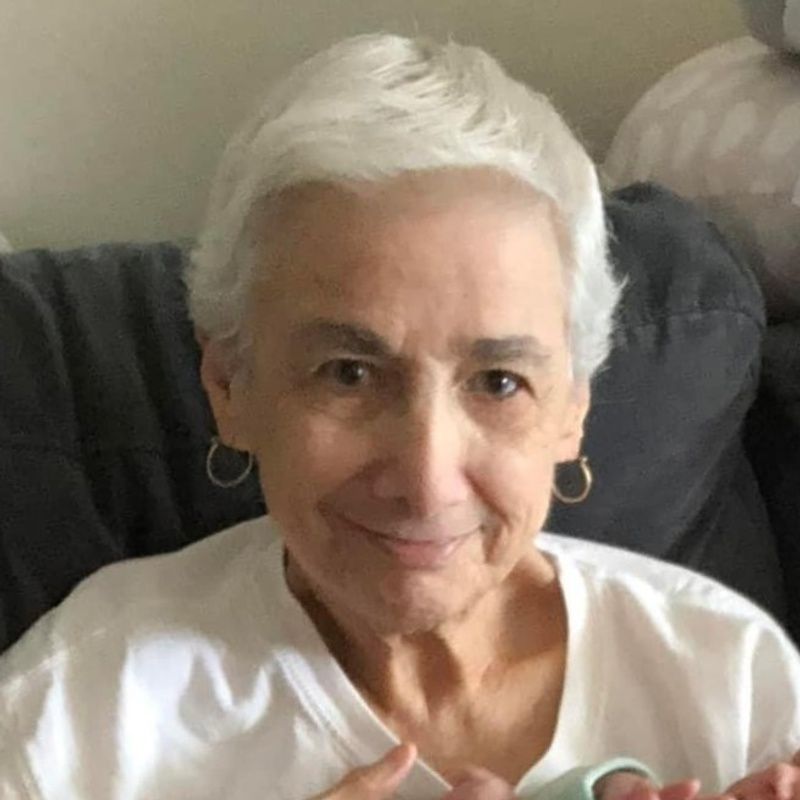 Beverly was born and raised in Newton on February 8, 1937, and was a daughter of Jennie Nicolazzo and Peter Natale. After high school she worked for a time at Queen Cleaners in Waltham.

She met Waltham native, Robert J. Delosa while out one night with a group of friends. Bob wore a sapphire ring that caught Beverly's eye, and of course she asked to see it. Knowing nobody could get the ring off including himself, he obliged so long as she could get it off his hand… She did. Bob would remark that he knew, that night, he was going to marry her, but still has no clue how she got the ring off. A year later on July 11, 1970 the two were married in Our Lady Help of Christians Church in Newton and they made Waltham their home. Beverly's number one joy in life was enjoying the company of her family.

Beverly leaves her daughter, Dawn M. Gaffney (John) of Waltham; her grandchildren, Samantha Bourdeau, John Gaffney, Jr., and Vanessa Gaffney, and her great-grandchild, Nevaeh McLendon. She was also the sister of Paul and Peter Natale.

Family and friends will honor and remember Beverly's life by gathering for calling hours in The Joyce Funeral Home, 245 Main Street (Rte. 20), Waltham on Friday, March 18th from 4 to 7 p.m. and again on Saturday morning where her Funeral Service will be held at 10 a.m.

Her burial will be private.

A live broadcast of the Funeral Mass can be found at the following link on Saturday, March 19th at 10 a.m.: https://my.gather.app/remember/beverly-delosa
To order memorial trees or send flowers to the family in memory of Beverly A. Delosa, please visit our flower store.