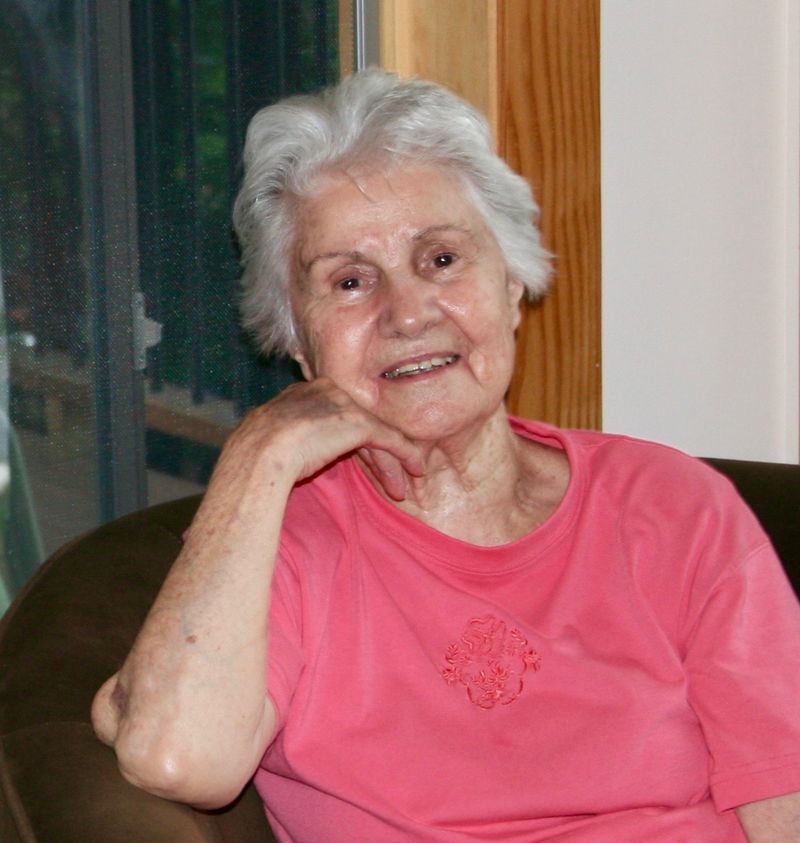 Berenice was born on August 22, 1924 in Gardner, a daughter of the late Henri and Elmire (Babineau) Cormier. Although born in Gardner she spent most of her childhood living on a coastal farm in Bouctouche, New Brunswick with her parents and ten siblings. She moved to Massachusetts as an adult where she met her late husband, Irving L. 'Buddy' Douglas in Newton. They were married in 1950 and moved to Waltham where they raised their six children. The two spent forty-seven happy years together until his death on February 14, 1997.

She was a faithful and active member of Saint Mary's Parish in Waltham.

Berenice was a dedicated employee of Mayflower Furniture in Newton, The Nature Food Center in Waltham, and Grover Cronin's in Waltham where she worked as a sales clerk. After the department store closed in 1989 she went to work in the office for her son's business, P.R. Douglas Co., until her retirement. Throughout her work life Berenice's easy going, friendly and kind nature made her many lifelong friends.

She was an avid reader and loved being at the beach, often with her family and in-laws in Marshfield. After Buddy's retirement the pair enjoyed extended stays in Indian Rocks Beach, Florida. Above all, however, her greatest joy was spending time with her family. She was her happiest when her family was close by, and she will always remain close in the hearts of those she loved and who loved her.

In addition to her husband, Buddy, she is reunited in Heaven with her daughter, Suzanne Williams, who died on April 9, 2020, and her brothers, Henry, Edward, and Aquila Cormier and her sister Aline Collins.

A Funeral Mass for Berenice and for Suzanne will be celebrated on Saturday, August 22nd, at 10 am in Saint Mary's Church, 133 School Street, Waltham. Burial will follow in Mount Feake Cemetery, Waltham.

The family wishes to thank Wingate of Weston for the care provided to Berenice while there and to Care Dimensions for their hospice support.

Memorial donations may be made to Saint Mary's Church 133 School Street, Waltham, MA 02452 or to Care Dimensions, 75 Sylvan Street, Danvers, MA 01923.
To order memorial trees or send flowers to the family in memory of Berenice M. Douglas, please visit our flower store.