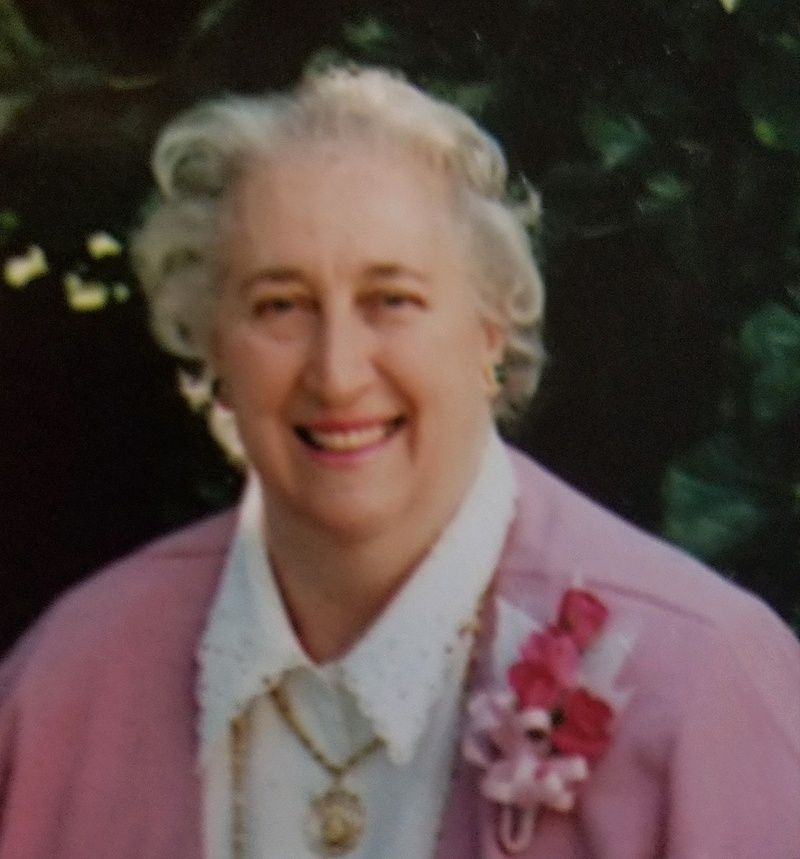 Barbara Hawkes met her husband, J. Barry Hawkes while roller skating at the former Wal-Lex in Waltham. They weren't just recreational skaters…in fact just the opposite in that they both skated competitively and had plans to go much further with the sport until Barry was called into active service. However, on January 13, 1959 as documented in her diary, Barry asked her hand in marriage and she said 'yes'! They married in Saint Patrick's Church on September 16, 1961.

Barbara A. Russo was born July 15, 1938 in Cambridge, a daughter of the late John J. And Rose E. (Caruso) Russo. Raised in Watertown, her family moved to the west coast during her high school years where she graduated from St. Pius X High School in Hollydale, California. While in high school, Barbara played on its basketball team, was a member of the Glee Club and sodality.

Barbara moved back to her native Watertown where she lived the balance of her years. After 48 years of marriage, Barry died April 1, 2010 and she adjusted to life as a widow, later moving to her daughter's home in Bedford in 2018.

Barbara will long be remembered as a loving and doting mother and grandmother. Before raising her family, she worked as a secretary at law offices in Newton. After the kids were of self-sufficient ages, she was one of the familiar happy faces and servers at Friendly's Restaurant in Watertown Square.

Home was where Barbara's heart always remained and the family home on Summer Street was beautiful inside and out. With a knack for gardening, her yard blossomed with roses throughout the yard and morning glories over her trellises. Inside the house was the kitchen where she made love visible in the form of her masterful cooking and baking. Her gift to each child and grandchild was a special and unique meal for their birthday each year. Barbara's love of horses and horseback riding was passed on to children, grandchildren and her niece, JoAnn. She was also talented with needle, thread and embroidery.

An active member of Saint Patrick's Parish, Barbara was a driving force with its publicity committee when efforts were needed to try to save the former high school that was an integral part of the parish life.

Family and friends will honor and remember Barbara's life by gathering for calling hours in The Joyce Funeral Home, 245 Main Street (Rte. 20), Waltham on Friday, January 8th from 4 to 7 p.m. Her Funeral Mass will be celebrated on Saturday in Saint Patrick's Church, 212 Main Street, Watertown at 10 a.m. Burial will follow in Saint Patrick Cemetery.

For those unable to attend you are invited to participate via this link on Saturday, January 9th at 10 a.m.: https://my.gather.app/remember/barbara-hawkes

When public wakes are held capacity limits mean that your visit to the funeral home should be brief to allow other guests time to say hello to the family. Only members of the immediate family remain present throughout.

During any events, public or private, common sense precautions prevail. That includes masks covering your nose and mouth, staying with your household group throughout the services and keeping a sensible distance. Thank you . . . again . . . for your patience and understanding.
To order memorial trees or send flowers to the family in memory of Barbara A. (Russo) Hawkes, please visit our flower store.