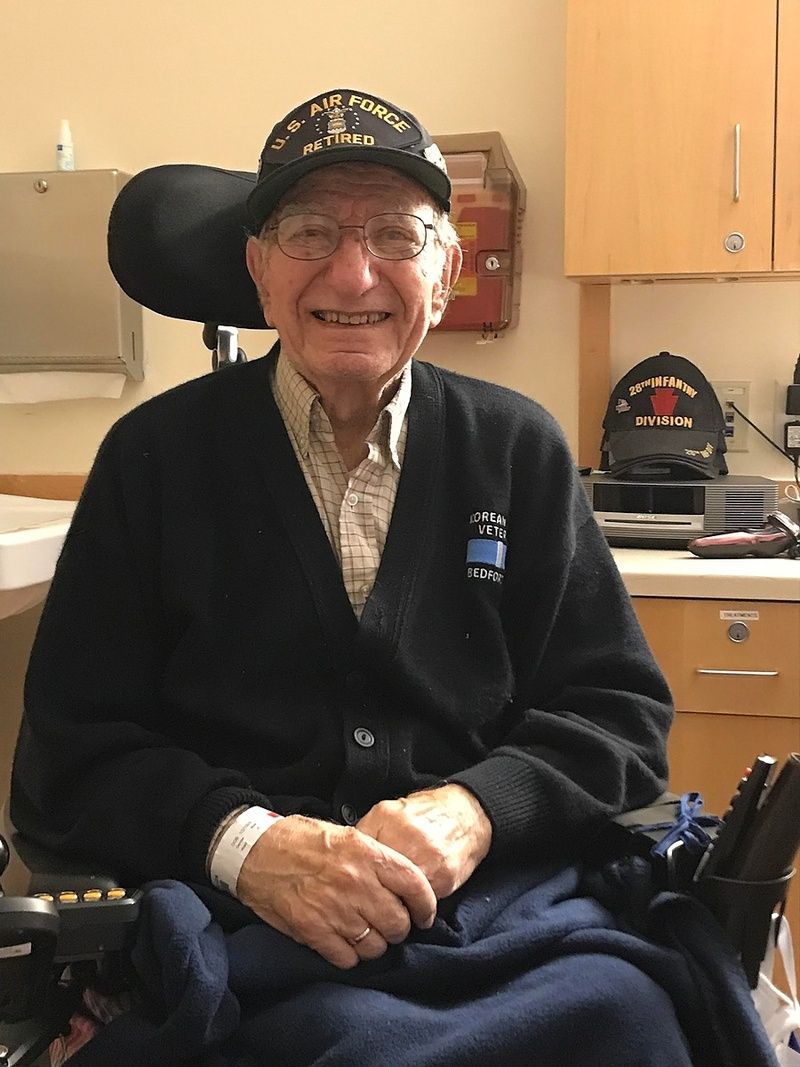 Mr. Allen Senarian, of Waltham, died Tuesday, December 22, 2021 in the Bedford Veterans Administration Hospital in Bedford. He was 92.

Allen was a proud veteran with 47 years of military service and often spoke of his time in the US Air Force and would often wear his Air Force hat when out and about. Allen enjoyed volunteering at the Bedford VA Hospital. He loved time with his family and will be remembered as a really good guy.

In addition to his wife of 60 years, Ann, he leaves his children, Karen Bianchi (Edward) of Newton and Charles Senarian (Tara) of Waltham; his grandchildren, Paul Bianchi (Nicole) and Kseniya Senarian; his great-grandchildren Nora, Blake and Avery; his sister, Ida Fahey (late Edward) of Newton and the late Annie Gray (late Peter), Senar Senarian (late Elizabeth); late brother-in-law of Joan and Homer Kershner and and the late Helen and B. John Neville; also survived by nieces & nephews.

Family and friends will honor and remember Allen's life by gathering for a calling hour in The Joyce Funeral Home, 245 Main Street (Rte. 20), Waltham on Wednesday, December 29th at 11 a.m. followed by his funeral service at 12 Noon. Burial with military honors will follow in Newton Cemetery, Newton.

Those wishing to view Allen's services may do so via this link on Wednesday at 12 Noon: https://my.gather.app/remember/allen-senarian

Memorials in Allen's name may be made to Waltham DAV Chapter #45, 53 Milton Street, Waltham, MA 02453.
To order memorial trees or send flowers to the family in memory of Allen Senarian, please visit our flower store.